Outstanding young people are being recognised with Rotary Young Citizen Awards to celebrate their amazing commitment to helping others. From raising money for a local hospice, to championing sport for all, these incredible young people have been making a difference to their communities and around the world.

Meet the inspiring winners of the Rotary Young Citizen Award. This year, our awards went virtual, with an amazing awards ceremony held on 22nd May, hosted by BBC TV presenter, Ellie Crisell. Two seven-year-old friends Ayaan Moosa and Mikaeel Ishaaq from East London set up a ‘Lemonade for Yemen-Aid’ stand, when they were six, outside their home to raise money for Yemen after they heard about the plight of children there who are starving.

They even received the support and a generous donation from Angelina Jolie who contacted them personally.”

They thought they might raise £100 but have helped raise about £100,000 for the Yemen Crisis after their story went viral.

They have even received the support and a generous donation from Angelina Jolie who contacted them personally and have won Gold Blue Peter badges. The UN World Food programme has made a video about them with messages of thanks from children in Yemen. Max’s ‘camp out’ fundraising since the start of the first lockdown has generated over half a million pounds.

11-year-old Max Woosey has raised more than £533,000 for North Devon Hospice by sleeping in a tent in his garden for more than a year from the start of the first lockdown in March 2020.

Max has been an absolute fundraising tour de force in probably one of our darkest times.

Stephen Roberts, CEO of North Devon Hospice said: “Single-handedly, Max has recouped well over half of our losses because of COVID. Max has been an absolute fundraising tour de force in probably one of our darkest times. Max, you have looked after over 480 terminally ill people in North Devon hospice, thanks to your amazing efforts.” Sales from hand sanitiser have allowed SanHanz to give away over 10,000 pieces of PPE to frontline workers across the UK and Ireland.

Sisters Seanna and Ciara Hamill, aged 18 and 20, are two Rotaract members from Kenilworth in Warwickshire, whose mother is a senior healthcare professional with a BAME background. When the pandemic hit, she faced huge difficulties accessing PPE, despite having a front-line role.

Faced with this, Seanna and Ciara decided to do something about it. They set up SanHanzUK, a social enterprise community interest company (CIC) to manufacture hand sanitiser with a mission to get sanitiser to people who most needed it.

Sales have allowed them to give away over 10,000 pieces of PPE to frontline workers across the UK and Ireland. SanHanzUK also donates 20% of proceeds to foodbanks. With profits the girls invested in mask manufacturing capabilities and now supply full “Covid protection packs”. 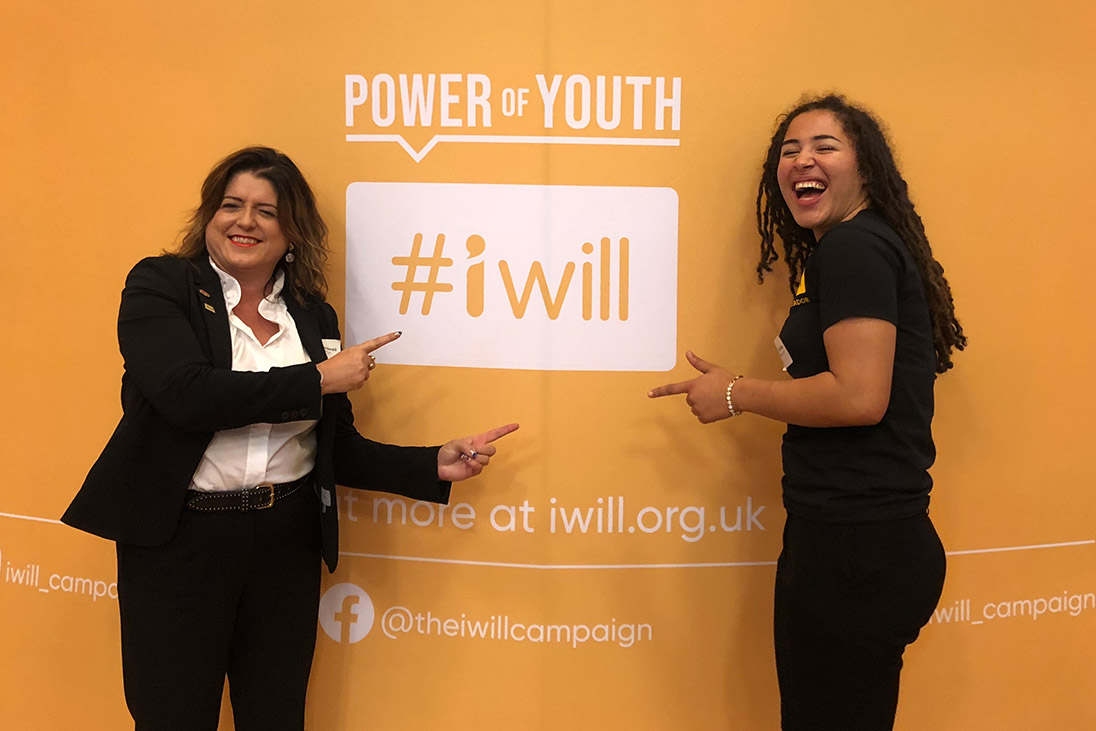 In 2019, Lanai (right) became an #iwill UK Ambassador for Youth Social Action and has chaired a number of high level meetings in response to the Black Lives Matter movement.

19-year-old Lanai Collis-Phillips has been volunteering for over five years at Volunteering Matters. Within that charity, she is involved in Women Against Sexual Exploitation and Violence Speak Up (WASSUP), to raise awareness of domestic abuse, child abuse and sexual violence.

She has helped deliver “Gang Grooming” workshops to more than 1,500 schoolchildren in Suffolk and was part of the presenting team for Crucial Crew showing children how to protect themselves and others.

She is the first young person in Suffolk to become a representative on the local safeguarding board. In 2019, Lanai became an #iwill UK Ambassador for Youth Social Action. She has chaired a number of high level #iwill campaign meetings in response to the Black Lives Matter movement.

Ipswich Wolsey Rotary nominated Lanai for the Award after mentoring her when she was sponsored by the Suffolk Police and Crime Commissioner to attend the area’s Rotary Youth Leadership Awards (RYLA) event in 2019. 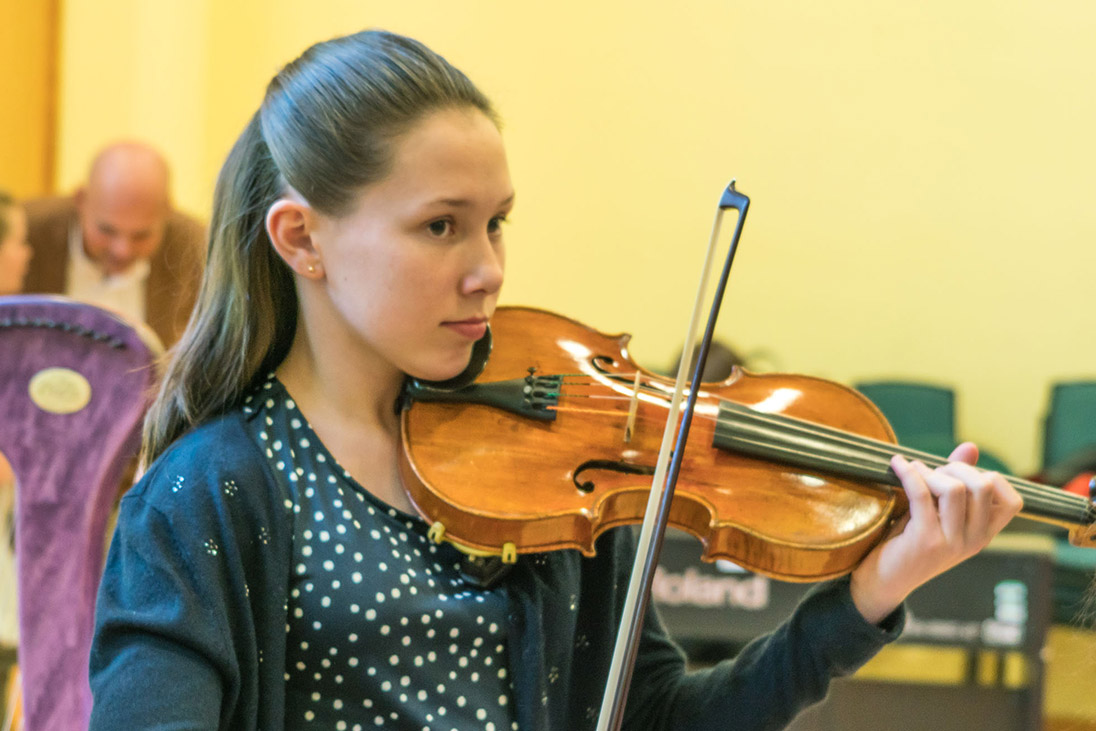 Poppy has used her incredible musical ability to fundraise thousands of pounds for The Amber Trust, which helps provide music therapy.

She also started fundraising at the age of five. After seeing a performance when she was seven by blind and autistic pianist Derek Paravacini who inspired the setting up of The Amber Trust, she decided to use her talents to raise thousands of pounds for this charity.

She has taken part in workshops run by The Amber Trust helping to provide music therapy to blind, partially sighted and autistic children and mentors younger musicians.

Professor Adam Ockelford who founded The Amber Trust said: “I first met Poppy eight years ago when she was only eight years old. And she came up to me at the end of a concert and said ‘I want to raise money for The Amber Trust’. She started with a concert that year and every year since raising money for us. And she’s now raised several thousand pounds. She really is our golden fundraiser.” Keen to help people experiencing difficulty during lockdown, Alfie created a way for the vulnerable to collect essential items.

14-year-old Alfie Dean set up The Babbacombe Pantry outside his home, using a shelf taken from his bedroom to offer elderly and vulnerable people the chance to collect essential items during lockdown. He set up a GoFundMe page to help keep the pantry well-stocked.

I noticed lockdown was causing people to struggle in so many different ways, be that financial or social issues.”

The teenager also launched a Christmas appeal collecting gifts and raising funds to provide 400 Christmas stockings to families in need. He rebranded his campaign as ‘Alfie in Babbacombe’ continuing to help others including organising an Easter Egg Hunt this year and also in 2020 asking for donations of Easter Eggs and delivering more than 200 of them, mainly to children, in both years. Having suffered the loss of a friend in 2017 to youth violence, Shanea vowed to do everything possible to make sure his life was not in vain.

20-year-old Shanea Oldham was spurred into action after a teenager was stabbed in her neighbourhood. She went to help him lying in the street and what she witnessed left a huge mark on her.

Having also suffered the loss of a friend in 2017 to youth violence, Shanea vowed to do everything possible to make sure his life was not in vain and is determined to bring about change in her community and reduce the fear amongst teenagers on the streets.

She set up Your Life More Life CIC which creates safe spaces for young people impacted by serious youth violence and is a Youth Activism Coordinator for The 4Front project, a member-led youth organisation which supports young people with experiences of violence and the criminal justice system to create change in their own lives, communities and society. Jemima has a passionate belief that everyone should have access to the transformative power of sport.

Jemima Browning, 20, started Tadcaster Stingrays, a swimming squad for young people with disabilities at Tadcaster Swimming Pool. Driven by her younger brother Will, who has Down’s Syndrome, it was Jemima’s belief that everyone should have the opportunity to enjoy sport.

It’s been absolutely incredible to watch them all grow as individuals, but also as athletes.”

Jemima said: “Stingrays has made a massive difference to the young people that join us. It has made a huge impact in the lives of these young people, both in the way that their swimming skills have improved but also in the way that their social skills have improved. It’s been absolutely incredible to watch them all grow as individuals, but also as athletes, I’ve been very, very lucky in that. Will has changed completely.” 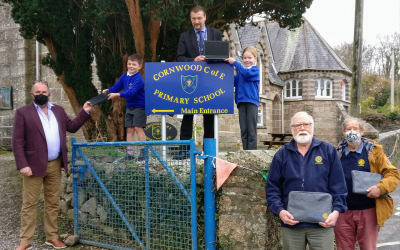 Two Rotary clubs in Devon have joined forces to help provide laptops to school children who have struggled to access online learning from home during the Covid pandemic. 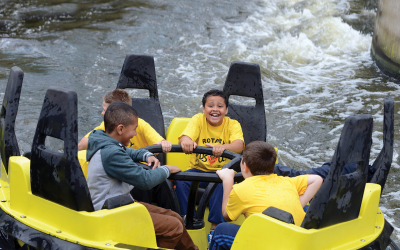 Giving children the experience of a lifetime

The KidsOut charity reflects on its latest collaboration with Rotary and looks forward to what the future holds for the charity in 2022. 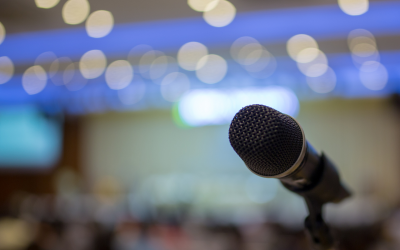 Giving children the experience of a lifetime