Dame Esther Rantzen is a very busy person but found time to speak to me about the two charities she has set up. The Silver Line, that helps older lonely people and ChildLine, which helps vulnerable young people. 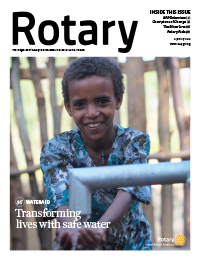 In the last New Year’s Honours list Esther Rantzen was made a Dame.

She founded ChildLine in 1986 to help children who were sexually abused and bullied and so far it has reached over 3.2 million children. Recently Dame Esther set up The Silver Line, a helpline supporting older people who feel lonely.  The charity receives in excess of 1,000 calls per day.

As well as receiving a Damehood she received the Order of the British Empire in 1991 for her services to broadcasting and has honorary doctorates from six universities.

It was concerning The Silver Line that I wanted to talk with her recently and she was on a frantic dash around various functions and broadcasters promoting a CD for The Silver Line called Silver Linings, but more about that later. We discussed how The Silver Line works, and it is really two way.

There are many people of what Dame Esther calls ‘The Silver Generation’ who quite often live alone without much company.

They outlive their partner, usually of many years standing, and have to face life without them. Often with no one to talk to a little problem can become a big one and cannot be shared but often it is just bland loneliness, not having someone to share those quiet moments with. That’s where The Silver Line comes in.

As Dame Esther explained, “anyone can call The Silver Line on 0800 407 090 and speak with a volunteer who has been trained to listen, pass on information, give advice and, if necessary, befriend the caller. The line is manned 24 hours seven days a week, the call is free, confidential and the caller is treated with respect and understanding.”

As a result the caller, as Dame Esther said, “can be honest and speak frankly about almost anything.” The volunteers are trained to recognise if a problem needs more advice than listening, they are trained to listen, and can help the caller by referring them to an agency that will help them further.

I went on to ask Dame Esther how Rotary and Rotarians can help, she said, “they are outgoing and if they have time to spare it takes only a few hours per week – a Rotarian would make a great Silver Line friend!” A Silver Line friend is a volunteer, trained by the organisation. She continues, “the caller never meets the Silver Line friend and this helps callers in that they can be frank and they tend to open up more talking about things that are important to them and in a strange way this is liberating.

The Silver Line friend can arrange to call the client back at a certain time each week for a regular chat to help break the cycle of loneliness. This may be a fixed time each week at a time that suits.”

“Callers can be frank and they tend to open up more talking about things that are important to them and in a strange way this is liberating.”

Dame Esther also explained that the charity needs money to survive and they have just released a CD called Silver Linings.

Dame Esther explains, “Silver Linings is a collection of the most fabulous songs from the 40’s, 50’s and 60’s, what we would call the songs of a lifetime all sung by the real artists, Elvis Presley, The Momas and the Popas, Shirley Bassey and Ella Fitzgerald to mention a few. Listening to these songs we used to listen to as kids not only brings back memories but it is also physically very good for you to hear and enjoy them.”

I could not finish an interview with Dame Esther without asking about ChildLine, which she set up in 1986.

We talked about the child abuse cases that have been revealed recently and whether ChildLine would have been able to help. She said, “I do hope so, it is one of my sadnesses that we have not found any recollections of phone calls from young persons talking about any of these people.

I don’t know why that is and maybe they felt we would not have believed them but we would.” Dame Esther went on, “talking about these things is never easy since you have to describe things that make you unhappy, ashamed and humiliated.”

We then discussed the courage it takes to come forward and why it is important to have a certain amount of respect for the people who along with ChildLine have brought these issues to the fore.

As we finished the interview I must admit to thinking how much of her time Dame Esther puts into these charities and her grasp of the everyday workings of them was certainly impressive.

So also was her empathy with the people in the charities she was trying to help. She spoke with a deep sincerity about what she was trying to achieve. Dame Esther is an honorary Rotarian who certainly epitomises the Rotary strapline of ‘Service above Self’ in her life. 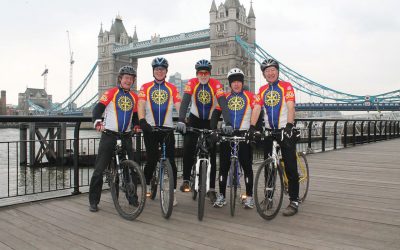 A revolution in diagnosis 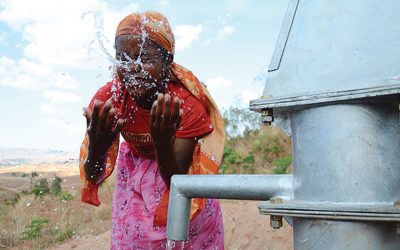 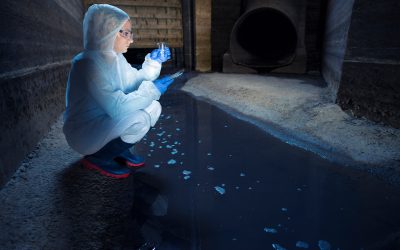