The reported incidents of microcephaly in South America and especially Brazil are a concern. We spoke with researchers and colleagues in that country to find out more about the Zika virus and the consequences. 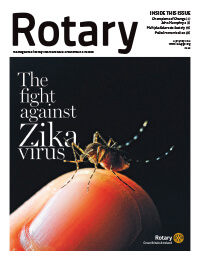 In the past few months, on the TV and in newspapers, we have been bombarded, distressed and saddened by pictures of babies with a terrible condition called microcephaly. This is a condition of the brain where it is smaller than the standard size at a given age.

Higher than usual instances of children in the South American countries suffering with this condition at birth were seen in the early part of last year and the number of cases far exceeded the usual pattern.

This is particularly the situation in Brazil where reported cases of microcephaly rose well above 4,000 between October 2015 and January this year.

Scientists all over the world are asking the question why this should happen and have identified what they think is the main cause and that is Aedes aegypti, the mosquito which carries the Zika virus.

Our Rotarian colleagues in Brazil see the fight against dengue fever and the zika virus as a boxing match where the Aedes aegypti mosquito is the opponent and should be knocked out as soon as possible.

However, the more I looked into the subject I came to realise that it is more like an army fighting a relentless enemy and all the equipment and people you can throw at it must be utilised to stop this terrible disease affecting the lives and future of the population.

With further research into this dreadful condition I realised it is not as straightforward as it at first seems.

The Zika virus was first identified in Uganda in 1947 and identified in humans in 1952. Symptoms of Zika virus disease are very similar to dengue fever and chikungunya transmitted by the bite of the female Aedes aegypti more commonly referred to as the yellow fever mosquito.

To try and get clear information I chose to speak with my colleagues in Brazil and then with some scientists at the largest state run research centre for tropical diseases, the Oswaldo Cruz Institute, to find out more about the Zika virus, what is being done and how Rotarians across the world can help.

With research into this dreadful condition I realised it is not as straightforward as it at first seems.”

The Oswaldo Cruz Institute is based outside of Rio de Janeiro and has branches across Brazil and at the heart of the epidemic in Recife. Dr Wilson Savino is a director of the institute and heads up the Fiocruz’s Zika emergency committee.

I started by asking the doctor if this was an epidemic to which he replied, “Seeing the number of instances of newborns with microcephaly I would say it is an epidemic.” He continued, “All the work going on with certification does not explain the rising numbers of microcephaly. All the paediatricians and doctors see what’s going on but the increase is far from the normal numbers.”

I then went on to ask about the way the disease is transmitted and Dr Savino replied, “The same mosquito called Aedeas aegypti carries dengue fever, chikunguna and the Zika virus.”

“We don’t know exactly to what extent we have co-infections but we know for sure it is the mosquito that carries the virus, although I cannot be sure if there are other forms of transmission. In Brazil it is very difficult to prove and in some cases, perhaps two or three cases, the virus has been passed on by sexual transmission. The evidence is such that we cannot discard it formally.”

We then went on to discuss prevention. “We don’t have yet any treatment to prevent the action of the virus once it is in your organism. So different kinds of actions are taking place such as massive visits of the public workers to disinfect whole areas and spraying people’s exposed skin to prevent the mosquito biting.”

“There are also small experiments in four neighbourhoods of Rio where previously infected mosquitoes are released. We can cover whole areas. This is an experiment not for today or tomorrow but for this year.”

“The results are promising but the experiments are not finished yet so I would take this with caution. We are doing lots of research and here we are investigating if the virus can be transmitted by saliva but it cannot be proven as a way of transmission.

“Experiments are in progress across the world and here in Brazil the research concerns the virus activity in the nervous system of pregnant women but still we do not have the formal causal evidence linking the virus to microcephaly, although the data points in this direction.”

I felt it important that having almost identified the challenge I moved on to ask what we could do to help.

Dr Wilson wanted to change the question and as he did I understood. “We need to co-operate as it is a global threat, so the international community should work together,” he explained. I asked if it is similar to the Ebola epidemic, since in some instances this comparison is being made, “I wouldn’t say it is the same as Ebola since the transmission is different and many people died with Ebola.”

“The severity here is different in terms of the microcephaly issue since children born with the condition will have to live with it for the rest of their lives. It is also very difficult to control the transmission of Zika in a country, which is hot meaning the mosquito breeds so easily.”

“It is in the poorer areas of the country where control of the mosquito is not easy. I have heard reports stating most of the microcephalic children are being born into poor areas,” Dr Wilson said.

I was told that the vaccination for dengue and Zika is far away and work must be done to progress this as soon as possible.

Dr Savino also explained that what must be the biggest focus, is developing the treatment given when the virus is detected and I put it to him that this is one of the greatest challenges.

Dr Savino explained, “The idea is to get together all the international bodies to tackle this as rapidly and efficiently as possible.”

Seeing the number of instances of newborns with microcephaly I would say it is an epidemic.”

We developed the conversation further by discussing the needs in the future and Dr Wilson Savino is obviously concerned about the long-term effects on the children and their families and how they can be supported.

Children with microcephaly usually have severe sight disorders but he mentioned that it is not really known how in the longer term this disorder develops. There will however be many children and families who will require long-term help and support.

Rotarians respond to this type of disaster and crisis and the Rotary clubs in Brazil are no different, however as this epidemic is playing out and developing in real time, knowing how to respond has not been easy.

The Rotary Club of Paranaguá-Taguaré had been hit with members and family suffering from dengue fever and cases of microcephaly reported. However, the club had worked on a public information campaign well before the crisis hit.

They increased the publicity as the epidemic developed and helped public health workers with leaflets and billboards.

“The provision of service is a Rotary gun, by the weight of its name and for the people involved. It is what causes the information to be disseminated efficiently,” believes the Co-ordinator of the Health Department in Taubaté, Maria Stella Zollner.

Another fight is being helped by Rotaractors. Dragonfly larvae have an insatiable appetite, eating everything around – including the larvae of Aedes aegypti. To attract the dragonfly, there is a plant called crotalaria.

The Rotaract Club of Medianeira is distributing plant seeds and growing instructions to the population. Crotalaria is fast growing and its planting season is in mid-October, so it can be in bloom in the summer season when mosquito infestation is at its highest.

“We started the project in only one neighbourhood. As it was well accepted by the population, we expanded the action to a set of neighbourhoods. The goal now is to expand it to the whole city,” says Yuri Loyo Paruche, a member of the club.

The Rotaract Club of Quatá in the state of São Paulo is also carrying out this exercise. Named ‘Operation Against Dengue’, the project is operated alongside partners such as NGOs and the Onix FM radio station.

The packages with the seeds and instructions were first distributed in the city last December.

“The Rotaractors helped by delivering seeds to the workers and patrons of the trade,” explains the President of the Club, Caroline Ferraz.

Also taking up the idea is the Rotary Club of Água Clara, by a member who visited another city where the crotalaria worked. It is envisaged the campaign will be rolled out across the country in the next few months.

Our colleagues in Brazil see the campaign to fight this virus very much akin to the End Polio Now initiative and are enlisting all clubs to sign up and help.

It was interesting that in researching this article I spoke with a number of people in Brazil and at the Oswaldo Cruz Institute including Dr Jose Fernando de Souza Verani who has worked with Rotary on the ‘End Polio Now’ project and he confirmed much of what Dr Wilson Savino had discussed with me.

Also my colleagues at Revista Rotary Brasil view the epidemic as very serious and are enlisting Rotary clubs across Brazil to take action urgently.

This is an emergency in South America and Rotary clubs there are responding in this battle.

It is early days as yet but it is a war we must win.

Thanks to the staff of Revista Rotary Brasil who have helped with this article. 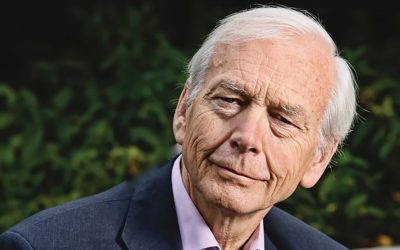 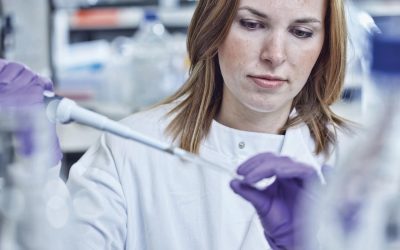 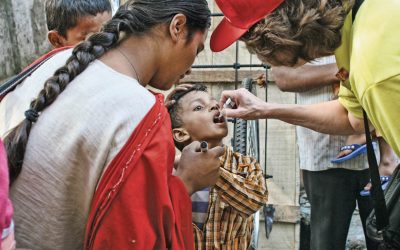