We heard about a Rotary project taking Asia by storm, helping to give children a better future through education, so we made contact to find out more. 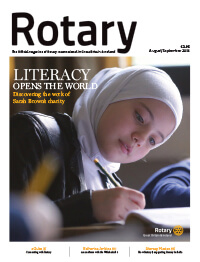 What if every child under the age of 14 in India was literate? That is the aim of one Rotarian who has set up an organisation across the country embracing help from all the Rotarians who share his vision.

It has certainly captured the hearts and minds of many people and is storming to success wherever the programme is introduced.

The project, TEACH, the brainchild of Rotarian Shekhar Mehta from the Rotary Club of Kolkata-Mananagar is achieving great success across the country so I thought it useful to speak with Shekhar to find out a little bit more about it and we discussed it on a very bad line from Kolkata.

I started by asking Shekhar about the project, a simple question, since I did not realise its enormity. He explained, “It is an assignment from Rotary International and it is called ‘The South Asia Initiative.”

South Asia covers a vast area of the world so we had to clear this statement up, “We operate the programme in India, Pakistan, Bangladesh and Nepal. Sri Lanka is considered to be literate,” he told me.

I was immediately impressed and curious. I wondered what is meant when the statement is made that a country is literate.

The information is hard to find but Sri Lanka, according to the World Bank figures, had an adult literacy rate of 91% in 2014, impressive by any standard.

India’s figure was 75% in 2011. We went on to talk more about the project, Shekhar told me, “I want really to talk about India since this is where the project is maturing but it is being duplicated in the other countries. I am the Chair of the Rotary India Literacy Mission and the programme there is called TEACH and was started in 2014.”

He went on to explain how the programme had developed since its inception, “We have all 100 Rotary districts in India involved on the programme supported by 10 co-ordinators on 4 committees who are represented in the clubs and the people taking part in the campaign.”

It would seem that Rotarians and clubs across India are all involved in teaching children from 7 to 14 years, 2 million of them.

The set-up is vast and covers not only reading but other essential skills that children need as part of literacy and of course mathematics is one such subject all of which are aimed at stimulating a child’s need to learn.

We have support from such companies such as the Bank of India, Aircel a telephone conglomerate and Coca-Cola.”

I had to ask if professional teachers or volunteers staffed the programme.

Shekhar told me, “We have our own structure of implementing the programme and fortunately the project has been endorsed by the government and other None Governmental Organisations (NGO’s) and corporates all of whom are flocking to join us on this programme.”

This is by any standards an enormous project that has had buy in across India and all this costs money to develop and support, also Shekhar had mentioned corporate support, so I asked him how the project is financed, to which he answered, “We have support from such companies as the Bank of India, Aircel a telephone conglomerate and Coca Cola.”

My next question had to be, ‘how much?’ and I must admit to being taken aback by the figure, “We have at the moment $7m as part of companies corporate social responsibility with the Bank of India contributing $1.5m of the $7m and at least 5 other companies are making offers. It’s really caught on well.”

As the programme is proving such a success with support across all sectors I asked Shekhar why he thought it was being so successful, and he replied, “It is because we take a holistic approach looking and addressing teaching, the child and the school looking at a quality education.”

“Our theme is total literacy and quality education but we do not input to the curriculum but embrace different ways of teaching such as eLearning which we use enormously.”

I had to touch once again how this very ambitious project was being financed and if The Rotary Foundation had contributed and clubs had donated with Global Grants and local grants.

For instance the eLearning requires animation on tablets and this is financed in some way by The Rotary Foundation.

There are so many facets to this project that I was finding it a challenge to keep up with all the various aspects as Shekhar was introducing yet another area but I had to ask as ever how Rotarians in the United Kingdom and Ireland could help and play an active part.

Shekhar thought for a few moments and then explained, “We would encourage Rotarians and clubs to help with Global Grants from the Rotary Foundation and we want more people to help so Voluntary Training Teams (VTT) made up of teachers would be useful. Anyone who wishes to offer us help can come to India and help us.”

Shekhar informed me that Nobel Laureate Kailash Satyarthi had endorsed the campaign saying, “The moment the door of a classroom opens for a child, millions of doors of opportunities open for that child.” He went on to say, “Now begin a newer and better challenge to fight the polio of illiteracy that is a mental, social and economic ailment.”

All the way through our call Rotarian Shekhar Mehta emphasised happy schools, which is what they aim for through the literacy programme and one such example is Seethalakshmi, a student of class VIII in Perunthalaivar Kamarajar Higher Secondary School, who is so happy to get a bench to sit on, she breaks into a smile.

The credit of her smile goes to Rotary Club Rajapalayam who stepped into this tiny school in Meenakshipuram village of Tamil Nadu.

They constructed a new block in the school for senior classes including toilet blocks, provided drinking water facilities and other requisite infrastructure like seating arrangements.

As I discussed the TEACH programme with Shekhar his full commitment was apparent and the programme he has pioneered in India may soon be adopted in some of the African countries. Getting children into education is one of The Rotary Foundation’s Areas of Focus and this programme in South East Asia is a great example of Rotary at work. 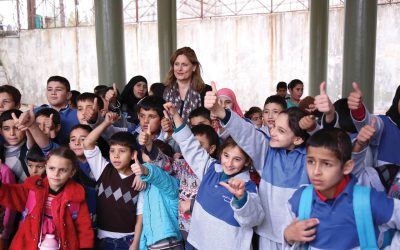 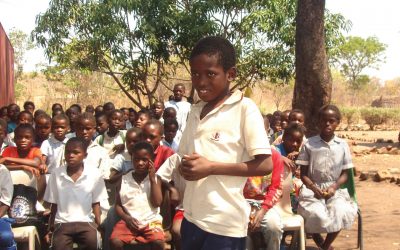 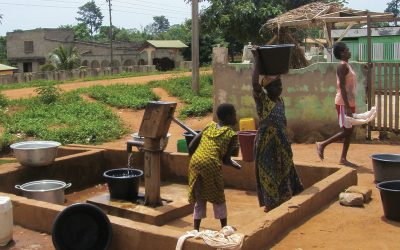