As an experienced former BBC reporter, Martin Bell OBE, has witnessed first-hand death and despair in war-torn countries across the globe. Now, as a Unicef ambassador, he is trying to do something about it. Martin Bell writes for Rotary magazine about what he has seen, and how Rotarians can help. 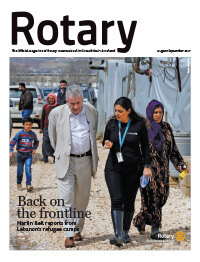 I became a Unicef ambassador in June 2001, the countries I’ve visited have invariably been the ones where the cruise ships don’t go, either because they are war-torn or landlocked – or both.

My Unicef visits have taken me to Afghanistan, Somalia, Yemen, Iraq, South Sudan and the Democratic Republic of Congo – all still torn by conflict.

The conflict in Syria has now entered its seventh year. Out of a population of 22 million in Syria, around 11 million – a half – have been forced from their homes by the fighting. It is one of the great humanitarian calamities of our time and it is a crisis that hits children hardest.

After six years of war, nearly six million children are in urgent need of humanitarian assistance inside Syria.”

Earlier this year, I travelled with Unicef to Lebanon, a country I last visited in 1973 during its own civil war. One in four of the population of Lebanon is now a Syrian refugee.

These people, many of them children, are not living in refugee camps but informal settlements that have sprung up across the country. Too many children there are working to survive and so cannot attend school. I met eight and nine-year-olds who were totally illiterate.

Children with dreams of home

The children I met dreamed of a return to the homeland many have not seen or cannot remember. The role of Unicef is to work with its partners to ensure all children have access to education and healthcare, as well as campaign to protect children from things like underage marriage, the risk of which has increased since the conflict began.

Lebanon is one country where Unicef’s intervention, day by day, is making a real impact on the lives of children.

I spoke to the headmaster of a school which teaches mainly Lebanese children in the morning and Syrian refugee children in the afternoon. I asked him what difference the funding from Unicef had made. “Without Unicef”, he said, “We would not be able to do what we are doing.”

It is donations from the public and organisations like Rotary that fund this work and mean Unicef can respond immediately and help them to rebuild their lives in the long term.

Too many children are working to survive and cannot attend school. I met eight and nine-year-olds who were totally illiterate.”

The realities of life for these children are there to see – but our perception of them is not as clear as it used to be. This struck me throughout all my travels for Unicef – I didn’t meet any journalists in any of them – with the exception of Peter Greste of the BBC and later Al-Jazeera. Foreign news – especially from zones of conflict – is expensive and dangerous to cover. The result has been a withdrawal.

So we depend on such organisations as Unicef, not just to help the afflicted, but to inform us all and to be prime witnesses of what is going on in the unquiet corners of the world.

They do it either through the work of their ambassadors or by helping journalists to access to such places as Somalia, Yemen and South Sudan – emergencies which otherwise would be completely unreported.

Being a Unicef ambassador is not so different from being a TV reporter. It is a matter of bearing witness – or, if you like, journalism with a purpose. Certainly it is the best job I ever had.

In Lebanon, I met an old Unicef friend, Luciano, an Italian whom I had previously encountered in Goma in the eastern Congo. I asked him what should we be doing? He said: “Help us by raising money, obviously.”

And this is the reason the UK’s aid programme is such a fantastic promise from our country to the world’s children.

Unicef and Rotary always have been and will be international. Since 1988, the relationship between these two organisations has raised over £27 million for children worldwide.”

UK aid prevents people dying, gives children an education, keeps the vulnerable from the hands of those to plan to exploit and abuse them, and helps millions fleeing the brutality of war.

With this help, the next generation can go from being the most vulnerable to having a chance to flourish. UK aid helps ensure Britain is great and good to the world and we should take great pride in it.

Unicef and Rotary always have been and will be international. Since 1988, the relationship between these two organisations has raised over £27 million for children worldwide.

Rotary clubs in Great Britain and Ireland have regularly responded to emergencies, allowing Unicef to provide aid to children immediately.

Through agencies like Unicef, Rotary supports life-saving causes. Its interventions have an enduring impact and Rotary can and should be proud of them. It has chosen to make a difference, because that is what Rotary does.

To find out how you can support Unicef’s work for children, visit unicef.uk/rotary 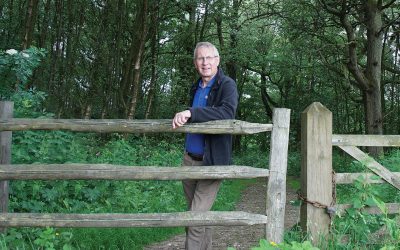 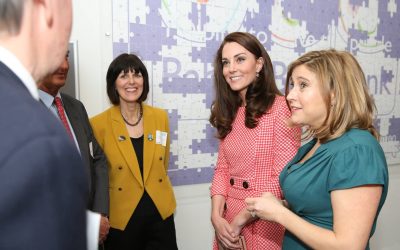 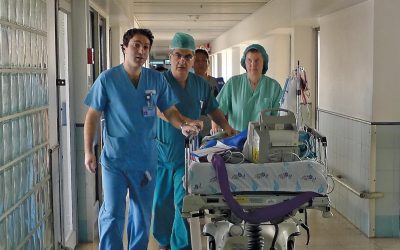