In its centenary year we look at Rotary’s own charity The Rotary Foundation and highlight some of its most successful programmes. 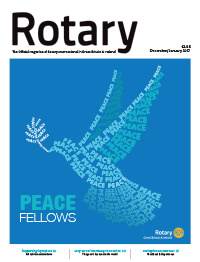 Rotary members are among some of the most innovative people you could meet. From mere seeds of ideas presented to other members, huge events and projects transpire. In 1917, one such member had the vision to set up a charity within Rotary into which funds could be channelled, for the eventual use in humanitarian aid and doing good in the world.

The Rotarian was Arch Klumph, the place Atlanta, and the new organisation -The Rotary Foundation – was created on 18 June 1917.

The first donation of $26.50 was made soon afterwards. However, even though the idea was accepted and an Endowment Fund set up it did not have legs until it was formally endorsed at an international meeting in Belgium in 1927.

In this centennial year of the creation of The Rotary Foundation Rotary clubs across the world are celebrating with 100 themed events with the culmination of activities in Atlanta at the Rotary Convention on June 10-14, 2017.

The most far-reaching and successful Foundation Programme over many years is the PolioPlus project now usually referred to as ‘End Polio Now.’

Rotarians across the world have embraced this life-changing project and contributed through fundraising events and personal donations. In 1988 the Global Polio Eradication Initiative (GPEI) was launched and the interested parties signed up to help.

In 1988 polio was present in 125 countries and paralysing 350,000 young children every year. The countries where polio is now present are Afghanistan, Nigeria and Pakistan and the cases this year at the time of writing are just 28.

Whilst this is quite an achievement the organisations involved are determined to finish the job to eradicate polio from the world and the six year strategic plan set down by GPEI is still being implemented by all concerned.

Rotary International has been at the table and has advocates around the world lobbying governments including the UK government, EU council and concerned parties for help and revenue to keep up the programme and see it through. Rotarians across the world are determined to see the world eradicated of polio and work to this end. This project underlines the work of The Rotary Foundation from its beginnings in 1917 to this day.

Another very successful programme is the Peace Fellowships and we speak with two in this edition to learn more about their work and the support of Rotary.

Finally, The Rotary Foundation enables Rotarians and their clubs to really make a difference to people’s lives locally and internationally through the Global Grant Programme.

Global Grants are the bedrock of the grant programme and every application goes through a rigorous selection procedure to ensure The Foundation’s money is being used effectively. Most are for international projects but we have chosen to highlight one that benefits a club’s local community.

The Rotary Clubs in Paignton teamed up with the Rotary Club of Dokkum in the Netherlands set up The Hero Project to help children in Torbay School with literacy.

The project was executed on three of the school sites for youngsters in special units who for one reason or another had been excluded from mainstream school. The Global Grant of £40k helped fund one to one tuition and software to help the students with their literacy skills.

Past President of the Rotary Club of Paignton commented, “This project has helped a number of pupils up the ladder of life and given them a chance they may not have had. Its success would not be possible without the grant from The Rotary Foundation.”

It is also a criteria of the grant that the project is sustainable, with a recent Ofsted report stating, “The reading programme supports progress over time, particularly for those pupils who find reading difficult.” A pupil commented, “The programme has given me the confidence to read and send texts to my friends which is great and I have just taken my GCSE exams without the help of a reader or a scribe which for me is quite an achievement.” 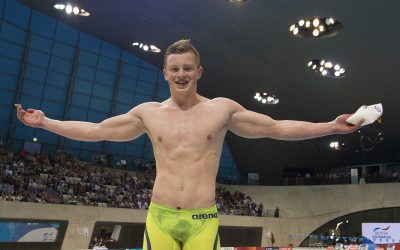 Olympics and Paralympics: Action in the community 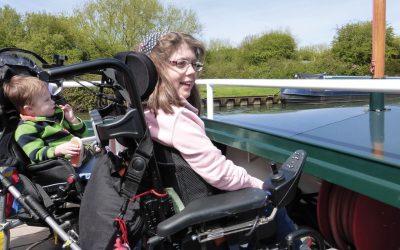 More than a boat ride