The board of Rotary International recently announced that the partnership agreement with ShelterBox, a charity providing emergency shelter and supplies to disaster hit areas, is to be extended until March 2016. I went along to the ShelterBox headquarters in Docklands to find out more from CEO Alison Wallace. 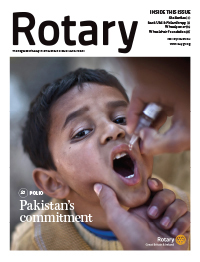 Before we looked to the future, Alison gave me an overview of recent happenings within ShelterBox.

Response across the globe

ShelterBox has responded to 25 disasters throughout the last year, including the two deadly typhoons which struck the Philippines, namely Haiyan in November 2013 and more recently Hagupit, known in the Philippines as Ruby, which struck last December. Deployment was also surprisingly made to a disaster area in North Korea in addition to working with aid organisations in Iraqi Kurdistan, Syria, and also in Gaza.

Other countries to receive deployments were Pakistan, Niger, Bosnia Herzegovina and Serbia, all of which received aid after flooding.

Alison explained how stock of boxes are placed strategically all over the world in Dubai,  Singapore, The Philippines, Melbourne, Panama, Curacao, Indonesia and Houston USA.

There are over 230 ShelterBox Response Team (SRT) members scattered across the world and each SRT member undergoes rigorous training before being allowed into the field. When an SRT reaches a disaster area they have to be prepared for almost any emergency.

It is important that they are able to think quickly on arrival, as they are often faced with challenges such as language barriers, issues with customs and the organisation of transport of the shelter boxes.

On top of this they then have to find suitable sites and place the boxes where they will be most effective, ensuring that they give what Alison described as “donor equity”, which ensures that the donors money is spent in the best possible way.

Think Outside the Box

A ShelterBox itself contains a tent and equipment to allow a family of 10 to live in temporary accommodation for approximately three months. However in some circumstances, such as Haiti, the tents need to last a lot longer.

In the last couple of years ShelterBox has introduced ShelterKits which consist of tarpaulins and ropes allowing shelter to be arranged where a family home has lost the roof but not the supporting walls. The ShelterKit gives much needed temporary accommodation.

“Aid going into countries has to be flexible,” Alison explained. For example, going into Haiti, the equipment needed to be palletised. Gaza also presented a particular problem in that the tents have quite a big footprint and could not easily be erected amongst the dense buildings.

Rotary on the Ground

Turning specifically to ShelterBox’s work with Rotary, Alison explains: “I am extremely grateful to Rotary Clubs across the world as quite often, in a deployment, it is Rotarians who help the SRT members on the ground. Our work would not be possible without the support of Rotary Clubs and Rotarians all over the world.”

We finished the interview by looking to the future and Alison told me of its goals to be able to respond to disasters wherever they happen by looking at more flexible ways of helping people in a variety of disaster areas, a goal that has been kickstarted by the introduction of the ShelterKit.

When I came away I could not help but wonder what 2015 would bring in terms of conflict and disasters but I do know that ShelterBox will be ready and able to respond wherever and whenever disaster hits. 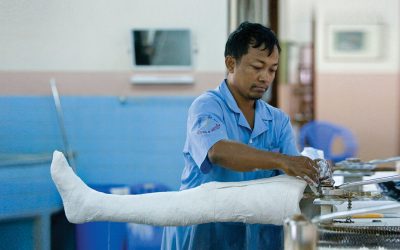 Changing lives one step at a time 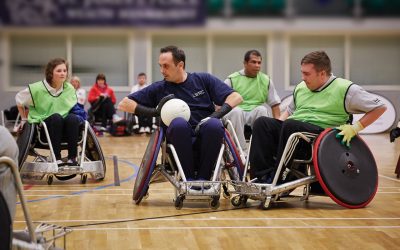 Giving back self confidence 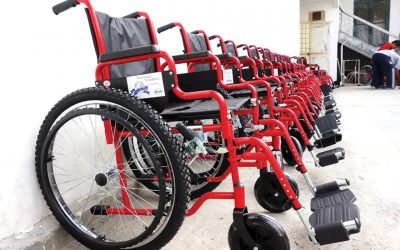