This year, Rotary International in Great Britain and Ireland launched the Outstanding International Man and Woman Awards to recognize the outstanding humanitarian effort of individuals. We find out what makes the winners stand out from the crowd. 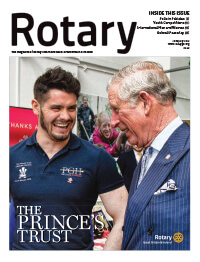 This year, Rotary launched the Outstanding International Man and Woman Awards to recognise the difference the recipients have made helping disadvantaged people across the globe.

John has been a member of the Rotary Club of Mirfield for almost 25 years and has used his vocational skills as a surgeon to tackle the problem of maternal and infant mortality in areas of Sub-Saharan Africa, focusing his efforts in Tanzania.

Working with organisations here in the UK and in Tanzania, John was able to galvanise help to gather vital surgical instruments and medical supplies to support a community of over 350,000 people.

Over six years John, with the help of 80 fellow Rotary volunteers and a grant from The Rotary Foundation, was able to coordinate the refurbishment of an operating theatre, three science classrooms at a local school, a series of vocational workshops to train carpenters, builders and electricians and a ‘waiting hostel’ for pregnant women, so they can be on site prior to labour.

John comments, “My wife Chris and I had the chance in 2009 to visit a Tanzanian hospital on an island in Lake Victoria.”

“What we saw there – intermittent power, rusted beds, operating theatre with bat droppings and kerosene burners as sterilisers – broke our hearts. Over the past few years, I have worked hard to try and make a real difference and patient care is now better, staff morale higher and the momentum for change encouraging.”

“International work is rewarding if we seek local solutions for local problems, accept failures, and persist. Miracles are rare, short term projects are often ineffective but small amounts of money can change lives, sometimes even save lives.”

Patricia Parker was nominated for the award as a result of setting up her Kids for Kids charity in 2001, helping transform the lives of over 350,000 people living in the remote region  of Darfur in Sudan.

Kids for Kids philosophy is about enabling villagers to help themselves and the development model starts by working with village leaders to ensure there is accountability within the whole community.

They select people suitable to be trained in basic medicine, midwifery and animal husbandry.  Medical and veterinary kits are provided together with donkeys to transport these key people.

Drilling for clean water and loaning goat kids to the poorest 15%, using classic micro-financing principles for repayment, follows on.

The goats not only provide urgently needed milk for protein, vitamins and minerals for the children, but also a livelihood to empower their mothers.

Eventually the villagers develop the skills and self-sufficiency to change their own lives forever.

International work is rewarding if we seek local solutions for local problems, accept failures, and persist.”

Other basic essentials are provided including blankets, mosquito nets, farm tools and seeds. The most advanced villages now have health centres and a kindergarten.

Patricia was inspired to set up the charity after visiting her son, a diplomat based in the area. As she explains, “I went just to see how the people lived, but I still remember the shock of coming across the desert in a 4×4 and seeing the distant figure of a small boy.”

“What was he doing alone in the middle of the desert?  It was spring, but drought was already taking its terrible toll. This nine-year-old boy was walking seven hours to reach water to carry back to his family. The aid agencies were there but seemed to be doing nothing to help; someone had to.”

“Kids for Kids helps people develop independence, but without external resources and a robust development model that won’t happen. On that March day in 2001, who would have dared dream that through Kids for Kids, Ibrahim, the small boy walking to reach water for his family, could today be studying at university?”

These are examples of the international work facilitated and supported by Rotary Clubs, not only in the United Kingdom and Ireland but across the world. Rotary helps to change people’s lives for the better, wherever they are, in recognising in John and Patricia their tremendous efforts we are also recognising the work of all helpers and supporters across the world. 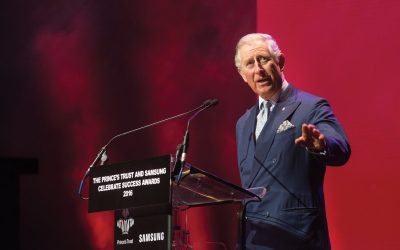 Helping our young people to a better future 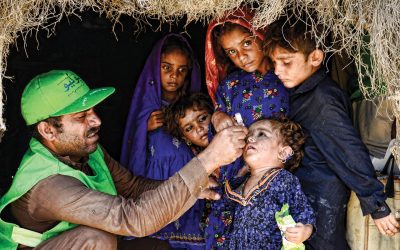