Alzheimer’s is a slow death of the brain – and Russell Grant knows this all too well. The Strictly Come Dancing star came face-to-face with this debilitating disease when caring for his Grandmother. He shares his touching personal story. 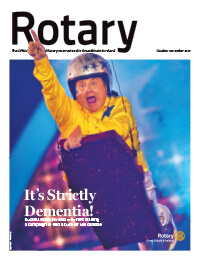 Alzheimer’s is a slow death of the brain – and Russell Grant knows this all too well.

The Strictly Come Dancing star and renowned astrologer came face-to-face with this debilitating disease when caring for his aged grandmother, Alice.

“At the time I was living in Abergavenny and I brought Alice to stay with me,” recalled Russell. “She was in such a state that she had defecated herself.

“There was her grandson having to wipe and clean his grandmother who was naked, but for a string of pearls. When I looked into the eyes of this wonderful woman, who had done so much for all of us, I saw her dignity melt away.”

Alzheimer’s disease is the most common cause of dementia, which is a set of symptoms that can include memory loss and difficulties with thinking, problem-solving or language.

The changes are often small to start with but, for someone with dementia, they can become severe enough to affect daily life. A person with dementia can experience changes to their moods or behaviour.

Dementia is caused when the brain is damaged by diseases such as Alzheimer’s or a series of strokes.

Alzheimer’s disease is the most usual form of dementia, but not the only one and, according to the Alzheimer’s Society, there are more than half a million people in the UK who suffer from it.

Alice was diagnosed with Alzheimer’s when she was 89, and eventually died of pneumonia aged 99 years and six months.

It was the thought of his grandmother, and also what his mother Jo went through caring for a lady who once painted Spitfires and Hurricanes during the Second World War, which prompted Russell to devote himself towards working for a cure for Alzheimer’s and dementia.

“It is not just an interest, it is a mission,” explained Russell, who revealed that he gave up a lucrative contract working with Fox Television in New York so he could be back home with his family.

“It was awful looking after my nan. In the late 1980s and 1990s it was still known as senile dementia; it wasn’t thought of anything more than what you get as an old person. There was no help, nothing.

“I remember writing to the government of the day saying you do realise that you could have a pandemic on your hands unless you do something.

“There was no social care. Sometimes people would turn up to dress or wash my grandmother, and most of the times they didn’t. It was only seen as part of getting old, it wasn’t seen as part of anything other than that.

“Things have changed a lot but they are still far from good, especially when it comes to social care.”

I definitely believe there will be a cure because there are so many people working towards it.”

It is why Russell has embarked on a very personal crusade to tackle dementia head on. The answer is finding a cure.

“Ultimately, if you are going to save money on the NHS and social care, then you have got to find the cure. That is the only thing you can do,” he insisted.

Research is on-going, notably at Cambridge University where, earlier this summer scientists managed to generate the most detailed image of the protein known to be linked to the condition.

Earlier this year, Russell spoke at the Rotary conference in Manchester where he was struck by how Rotary around the world has been instrumental in the battle against polio.

He is hoping that a similar front can be opened up in the fight against dementia – with Rotarians supporting the challenge.

“The problem for people suffering with Alzheimer’s and dementia is that they can often be very savage and completely unlike what you had known them before they got dementia. It is tragic,” said Russell.

“As a result, there are a lot of victims. It is the biggest killer in this country, taking the lives of more women than men, which is another reason why we need to tackle this.

“It is everyday things which matter, like dressing. When my grandmother was dressing she would put on things back to front, the dress would go on first, then her knickers then her slip, all of those kinds of things we take for every day. And they get very aggressive and sexual too. So they become extremely difficult to live with.”

“I definitely believe there will be a cure because there are so many people working towards it,” added Russell.

“Of course I worry about it. I say to people I am being very selfish giving my time and energy wanting to find a cure because I don’t want it.

“But I also don’t want people to go through what I went through.

“My mother was sleeping by my grandmother’s bed for four years, on a hard floor, because my grandmother was getting up at 2am to go shopping with her coat on backwards, and the police used to bring her home.

“Don’t think dementia is to do with age because it is not; any of us can fall victim. Any of us at any age can have this most devastating disease.

“If somebody is ill with heart problems even cancer, they can talk to you and tell you when they are in pain. 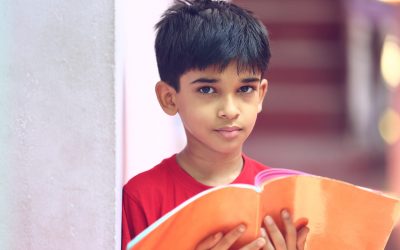 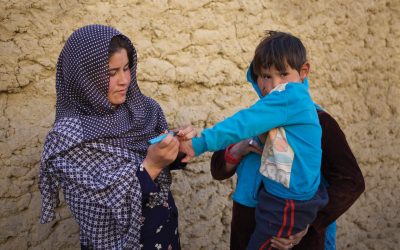 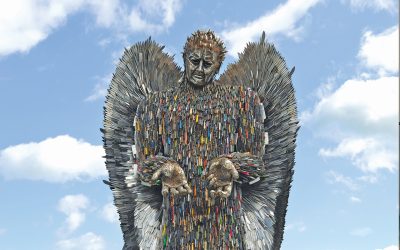