That well-known Rotarian (not!) Vladimir Ilyich Lenin once suggested: “There are decades where nothing happens; and there are weeks where decades happen.”

Never has that quote chimed more readily than this summer with the unprecedented Black Lives Matter protests. A people’s tidal wave against racial oppression which has dramatically changed both the political and social landscape.

Or has it? My first newspaper editor once warned me: he who shouts loudest does not necessarily represent the majority.

What is certain is that a groundswell of opinion is casting a beady eye over traditional historical narratives. Now the likes of Sir Winston Churchill, Sir Francis Drake, Christopher Columbus and George Washington have been drawn into the cross-hairs of protestors who are seemingly intent on defacing and erasing history.

Statues, of course, are icons of one era built to endure for future generations.

There are decades where nothing happens; and there are weeks where decades happen.”

Though comedian Trevor Noah pointed out how the bubonic plague was a major event in history, yet we didn’t then go around putting up statues of rats!
But should we be re-writing history?

As literature frequently highlights, historical heroes are rarely beyond reproach, but hindsight should always be balanced against the context and culture of the time.

Surely, by firmly pressing the delete button on their historical footprints or by demolishing a public monument, that is simply starving future generations of the chance to learn about history?

It is not exactly democratic. What about freedom of speech or expression, whether the facts are unpalatable or not?

Now the likes of Sir Winston Churchill, Sir Francis Drake, Christopher Columbus and George Washington have been drawn into the cross-hairs of protestors who are seemingly intent on defacing and erasing history.”

Sir Winston Churchill was unflinching when addressing the Palestine Royal Commission in 1937.

Britain’s greatest hero, or a racist?

During the summer protests in Parliament Square, British comedian, Danny Wallace, tweeted about the irony of a man who had stopped the world from having to salute like a Nazi, who was now being celebrated by men doing Nazi salutes.

Interestingly in Devon, the citizens of Tavistock have been split in their opinions over an historic bronze statue of Sir Francis Drake, decried for his involvement during the Elizabethan slave trade.

As a compromise, and with the involvement of Rotary, an interpretation board will be sited by the statue explaining the explorer’s links to the slave trade.

In Devon, the citizens of Tavistock have been split in their opinions over an historic bronze statue of Sir Francis Drake, decried for his involvement during the Elizabethan slave trade.”

This collaborative piece of work, which is being extended to local schools, should be commended. This is a great example of Rotary being relevant in its community.

Similarly, the damaged and damp statue of Edward Colston has been retrieved from Bristol Dock to be put on display in a museum where the story will be told – complete with rope marks and daubed paint. Isn’t this is a sensible way forward?

Rather than disdainfully discarding uncomfortable history into the rubbish bin, another layer of context is importantly being added to educate future generations.

Louise Richardson, the Vice-Chancellor of Oxford University and a former Rotary scholar, once suggested how hiding our history was not the route to enlightenment.

Reflecting on the controversial statue in Oxford commemorating the Victorian imperialist, businessman and funder of scholarships, Cecil Rhodes, she explained: “We need to understand this history, and understand the context in which it was made, and why it was that people believed then as they did.”

Some may think this is all political hogwash and that it is not Rotary’s place to be involved.

I say open your eyes and let’s get real here. It is Rotary’s place. This is not political, this is humanitarian. 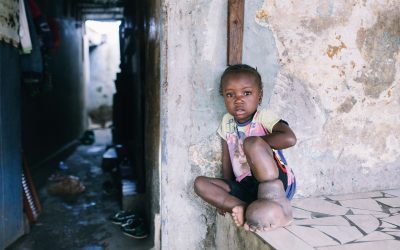 Giving hope with the Global Mercy