Ade Adepitan warns: we can’t give up now over polio

Ade Adepitan warns: we can’t give up now over polio

Today is World Polio Day which recognises the global initiative, led by Rotary, to rid the world of this crippling disease. End Polio Now ambassador, Ade Adepitan, was speaking at Wembley Stadium to students on the eve of this flagship day for the campaign.

It is in our grasp, it is in our hands – we can’t give up – that was the message from Paralympian and End Polio Now Ambassador, Ade Adepitan.

Speaking on the eve of World Polio Day, the TV presenter and wheelchair basketball star reminded of a time when polio was rife, crippling hundreds of thousands of children each year.

In the 1980s, the estimated number of cases was around 350,000 a year with the disease prevalent in 125 countries. It was in 1985 when Rotary International launched its PolioPlus programme.

I think the message to Rotary members, and everyone fighting the campaign at End Polio Now, is to keep going. We are nearly there.”

Today, there are polio red flags in just two countries, Pakistan and Afghanistan, with a third, Ade’s home country of Nigeria, now on the verge of becoming polio-free after recording the third year without a case of wild poliovirus infection.

Ade, who contracted polio while living in Lagos aged just 15 months, which meant he was unable to his left leg and only had partial use of his right leg, said he was thrilled to hear of the three-year landmark this summer.

“It is an incredible achievement,” he reflected. “Ten years ago it felt almost impossible because of all the problems they were having with Boko Haram, trying to reach kids in really difficult places to get them vaccinated and also the anti-vaccination campaign which was going on out there.

“So to find out it has finally happened in Nigeria makes me feel proud.”

#Rotary Polio Ambassador and Paralympian @AdeAdepitan
is joining us for #WorldPolioDay.

Ade was speaking at a student event held at Wembley Stadium with undergraduates from the University Campus of Football Business to create awareness of the End Polio Now campaign, as well as about World Polio Day.

He told the students how World Polio Day was important for raising awareness of the disease, and letting everyone know how close the global community is to total eradication.

He added: “I think the message to Rotary members, and everyone fighting the campaign at End Polio Now, is to keep going. We are nearly there.

“The last few steps are always the toughest, but once we end it, once it is all over, it will all absolutely be worth it.”

Afghanistan and Pakistan present the final two stumbling blocks in the quest to rid the world of polio.

And over the past year, fresh funding is being sought as part of the Global Polio Eradication Initiative’s (GPEI) five-year Polio Endgame Strategy, which lays out a roadmap towards achieving and sustaining a world free of all polioviruses.

We have the power to stop that from happening. It is in our grasp, it is in our hands – we can’t give up.”

Asked if he truly believed polio would be eradicated in his lifetime, the 45-year-old Londoner replied: “I absolutely do believe that polio can be conquered in my lifetime.

“It will and it must happen.”

“But you have got to constantly remind yourself if we don’t eradicate polio and the numbers start to go up again, what was it like before? What would it be like if you had a child who contracted polio, growing up in a developing country, or even growing up in the UK?

“We have the power to stop that from happening. It is in our grasp, it is in our hands – we can’t give up.”

With your help, we can end polio for good. 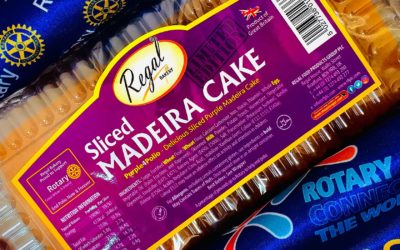 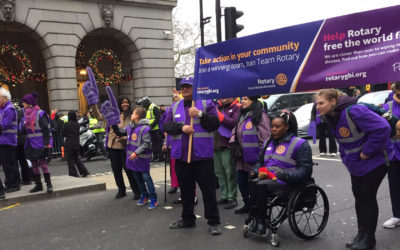 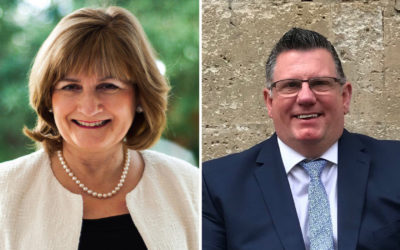