Meet the outstanding winners who are being named Champions of Change at the Rotary Champions Awards 2021.

Rotary’s Champions Awards recognises unsung heroes whose volunteering efforts have had a huge impact on people’s lives both at home and internationally. Meet 2021’s Champions of Change, who are Rotarians who pioneer, lead and support some amazing volunteering projects.

The winners will be celebrated at special virtual ceremony taking place on 30th June 2021. We are delighted to also be joined by the 2020 winners to celebrate their amazing achievements as well, as last year’s ceremony was postponed due to COVID-19. If you’d like to join us, register for your free Zoom ticket.

Through The Oasis Project, a charity she founded in 2007, Chris has been instrumental in helping bring about improved health and wellbeing for the people of Bakau in The Gambia.

Most recently, seeing the community suffer terrible flooding in the rainy season, and a consequent rise in malaria levels, she galvanised locals to take part in a storm water management scheme, involving developing, repairing and clearing storm drains.

As a result of Chris’s intervention, their homes are no longer subject to flooding and the amount of standing water has been reduced, with resulting malaria cases dropping by 70% in the first year. 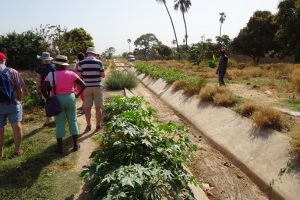 Douglas’ passion for helping others has seen him become an active campaigner for people with Motor Neurone Disease (MND). This is despite having to undergo nine hours of dialysis himself each night until he had a kidney transplant in March this year.

Douglas has also worked hard to raise the profile of Kidney Research UK, defying his condition to raise funds by doing 8,500 steps a day up until he had his transplant. 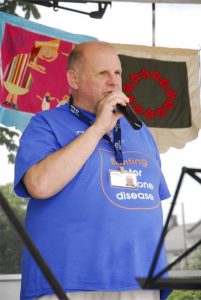 When the pandemic began, Westbourne Rotary was supporting homeless people who were being housed in temporary hotel accommodation. Greg’s home being a registered kitchen, he started cooking hot meals that could be delivered to those in the hotel.

It started with 15 meals a day, but it soon became obvious other sections of society also needed help. Greg teamed with Unity in Vision to support black and minority ethnic families and asylum seekers who were struggling, quickly followed by referrals from other local agencies.

Greg and his wife Pam, and a team of volunteers, are now preparing 60 hot meals a day, plus weekend food parcels, and since April 2020 the meals he and his team have cooked and delivered total 10,000. 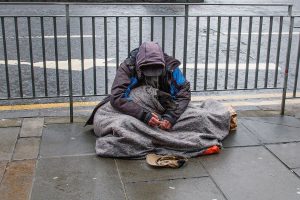 Greg’s home being a registered kitchen, he started cooking hot meals that could be delivered to those in the hotel

Around one million people in over 50 countries now have access to clean drinking water thanks to John’s engineering skills, the Grifaid charity he established with his wife Gill, and the not-for-profit company he runs to design and manufacture safe water filters for areas in humanitarian need.

His great work began more than 10 years ago when, having sold his textile machinery development business, he volunteered to help with a struggling project to send water filters to international NGOs in developing countries.

He created improved filter designs to fit into emergency aid boxes while meeting the necessary regulations, and since 2009 some 45,000 filters have been deployed in more than 50 countries. 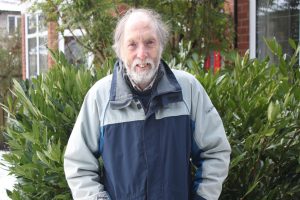 Three years’ hard work saw Michael launch Fleetwood Beach Wheelchairs, a charity that offers free use of adapted chairs with bulbous tyres so people with disabilities can enjoy the sand and feel the sea lapping at their feet.

Living on the seafront, Michael noticed that families with a wheelchair-user often had to leave them watching from the promenade while they enjoyed walking on the sand and dashing into the sea.

Ordinary wheelchairs are impossible on soft sand but thanks to his efforts the charity now has six of the new chairs and a hoist and other equipment housed in a beachside base, with free disabled parking and a ramp to the beach. 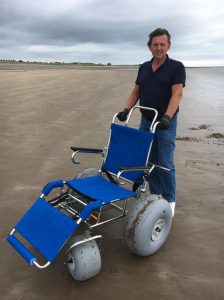 Living on the seafront, Michael noticed that families with a wheelchair-user often had to leave them watching from the promenade

For the past two years, Sylvia has championed the cause of the Buddy Bags Foundation, which supplies essential items for the immediate wellbeing of children who find themselves in emergency care following a traumatic incident.

In 2019 she embarked on a Birmingham to London canal walk, and through publicity for the Rotary Clubs she met along the way inspired widespread support for the charity’s appeal for knitted teddy bears. So far more than 2,600 knitted teddies have been collected, with the figure increasing daily.

Her walk also raised £1,500, split between Buddy Bags and Rotary’s End Polio campaign, while a novel costumed activity in December 2020 achieved a further £552 in donations. 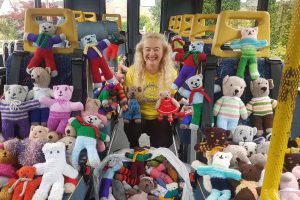 Sylvia has championed the cause of the Buddy Bags Foundation, which supplies essential items for the immediate wellbeing of children

As well as Rotary members, the Rotary Champions Awards also recognises amazing members of the public in a second category; Community Champions. 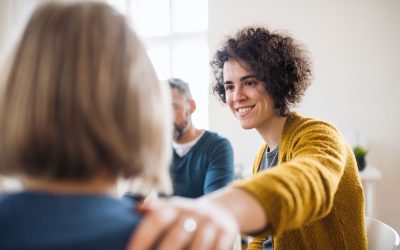 Rotary in Great Britain and Ireland is delighted to launch a new two-year partnership with Bipolar UK. 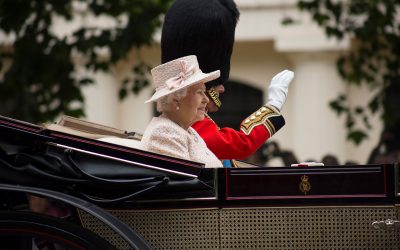 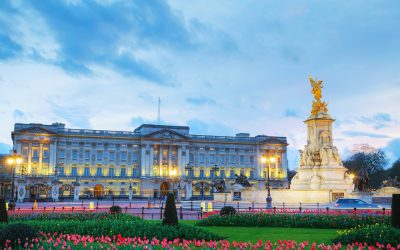