During its 25-year existence, Rotary Global Sight Solutions has established more than 50 Rotary-run eye hospitals in the developing world.

John and Fiona Miles have been at the forefront of the charity, and before lockdown the couple embarked on a mammoth journey to promote the charity.

In early December, John, a trustee of Global Sight Solutions (GSS) – formerly known as the Guildford Rotary Eye Project – and Fiona, its senior ambassador, flew to Islamabad, Pakistan, to meet Rotarians from The BNM Foundation.

During its 25-year existence, Rotary Global Sight Solutions has established more than 50 Rotary-run eye hospitals in the developing world.”

There, they have ambitions to build an eye hospital next to their general hospital in Chakwal, a rural area about 70km south of the capital, Islamabad. The hospital is scheduled to be opened in the first half of 2021.

Characteristically, throughout the eight-day stay, the welcome was always warm and generous. John said it was a joy to be with such committed and competent Rotarians.

The journey then continued to India, via Dubai, where the Miles stayed for seven weeks based in Kolkata. They travelled the length and breadth of the country, visiting and speaking at two Rotary Conferences and 19 Rotary clubs. They also visited a further five Rotary Districts. 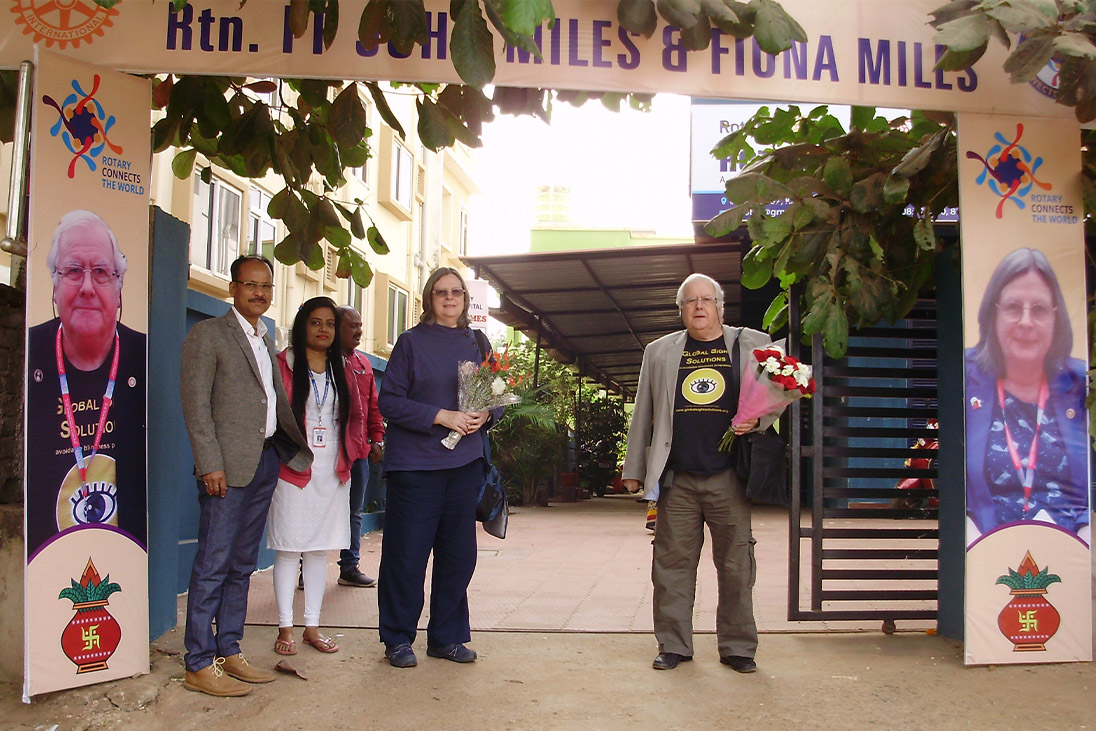 In early December, John, a trustee of Global Sight Solutions (GSS) – formerly known as the Guildford Rotary Eye Project – and Fiona, its senior ambassador, flew to Islamabad, Pakistan, to meet Rotarians from The BNM Foundation.

This was the ninth time John and Fiona have visited India. They reported how it now feels like home, meeting old friends, and making new ones.

In addition to revisiting many established eye hospitals, the duo also visited the sites of eight planned new hospitals in West Bengal, Jharkhand, Bihar, plus Rajasthan and Andhra Pradesh.

The couple also travelled to Dandi, in Gujarat, on a rare day off, standing on the beach where Gandhi had marched to when making his salt tax protest. They also visited the impressive Gandhi memorial park nearby.

The next stage of their journey was to Meru in Kenya, where five Rotary clubs are working hard to establish their own eye hospital at Chuka.

This was the ninth time John and Fiona have visited India. They reported how it now feels like home, meeting old friends, and making new ones.”

From Kenya, the Miles headed over the border to Kasese, in Uganda. This is a very poor area, but a rich welcome from the local Rotarians awaited. “It will take a huge effort from them to achieve a local eye hospital,” admitted John.

The next port of call was Lusaka, in Zambia, with a warm welcome from enthusiastic and very sociable Rotarians, where they are undertaking a feasibility study for a local eye hospital.

The Miles journeyed next to Accra, in Ghana on the west coast of Africa, where the now traditional warm Rotarian greeting was received along with a display of enthusiasm for their own eye hospital. News is awaited regarding the site visited.

And the final port of call was Lagos, in Nigeria, a first time for the Miles’. Twenty-seven million people live there with a significant percentage living below the poverty line.

Visits were made to the new Indo Eye Care Rotary Hospital, which GSS had enabled, along with partners from Singapore and Lagos. Starting this month, the plan is to achieve 15,000 cataract operations a year. 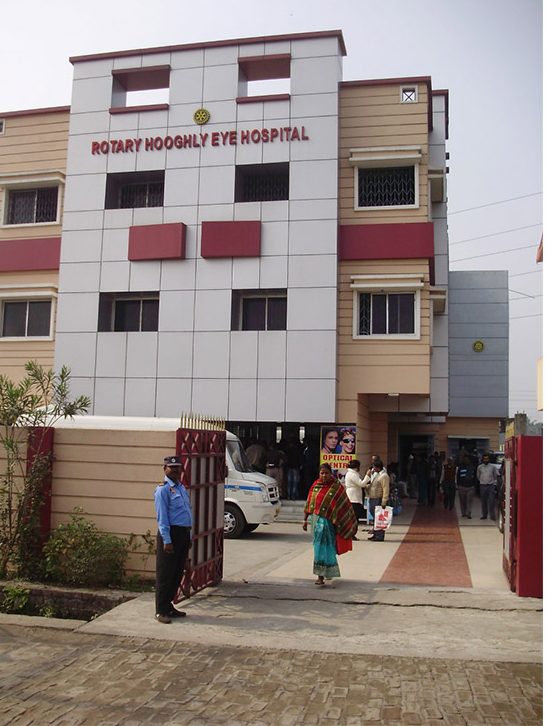 Visits were also made to several further potential Rotary eye hospital sites, about two hours north of the Nigerian capital. One site was identified as being ideal, and the small print is currently being finalised in readiness for it to open at the end of 2021.

John and Fiona returned to the UK just before lockdown in March to reflect on a whirlwind three weeks, and the realisation that ten more Rotary eye hospitals will be opened in the coming two years.

“Each of the hospitals has its own unique avoidable blindness programme with each facility becoming financially self-sustaining within five years,” explained John.

“Each hospital provides free eye care, such as cataract surgery to the world’s poorest.

“The vital medical and support equipment for each hospital is always funded via Rotary Global Grants. In its lifetime, GSS has undertaken over 100 matching Global Grants.

“The programme has already changed the lives of millions, and will continue over the coming years to provide millions more of the most impoverished with the gift of sight.”

John pointed out that GSS’s current targets were to increase production within the existing hospitals and open five new eye hospitals each year over the next four years.

They want to provide new glaucoma and retinal equipment to those hospitals trained to use it, and increase the numbers of staff who are trained.

“This is the figure estimated to outstrip the annual increase a need for free eye care to the poor,” added John. 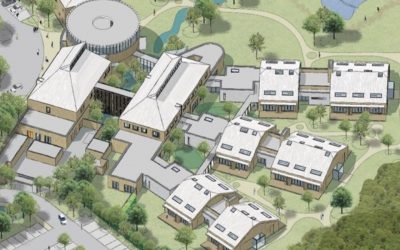