Mercy Ship deployment was an eye-opener

Mercy Ship deployment was an eye-opener

The Linda Butler Mercy Ships Bursary was created in memory of Oswestry Borderland Rotarian, Linda Butler, and provides financial help for medical and non-medical volunteers wanting to work aboard the Mercy Ship.

And one of the doctors who has been working on board the vessel gave Oswestry Borderland Rotary an insight on what life is like on the hospital ship.

Dr Felicity Avann spoke about her adventures with the Mercy Ships charity, working off the coast of Senegal in Africa. The ship has been docked in Dakar, the capital of Senegal, since August last year and will remain until June.

Felicity, an anaesthetist, volunteered to serve aboard the ‘Africa Mercy’ with the help of a bursary from Oswestry Borderland Rotary. 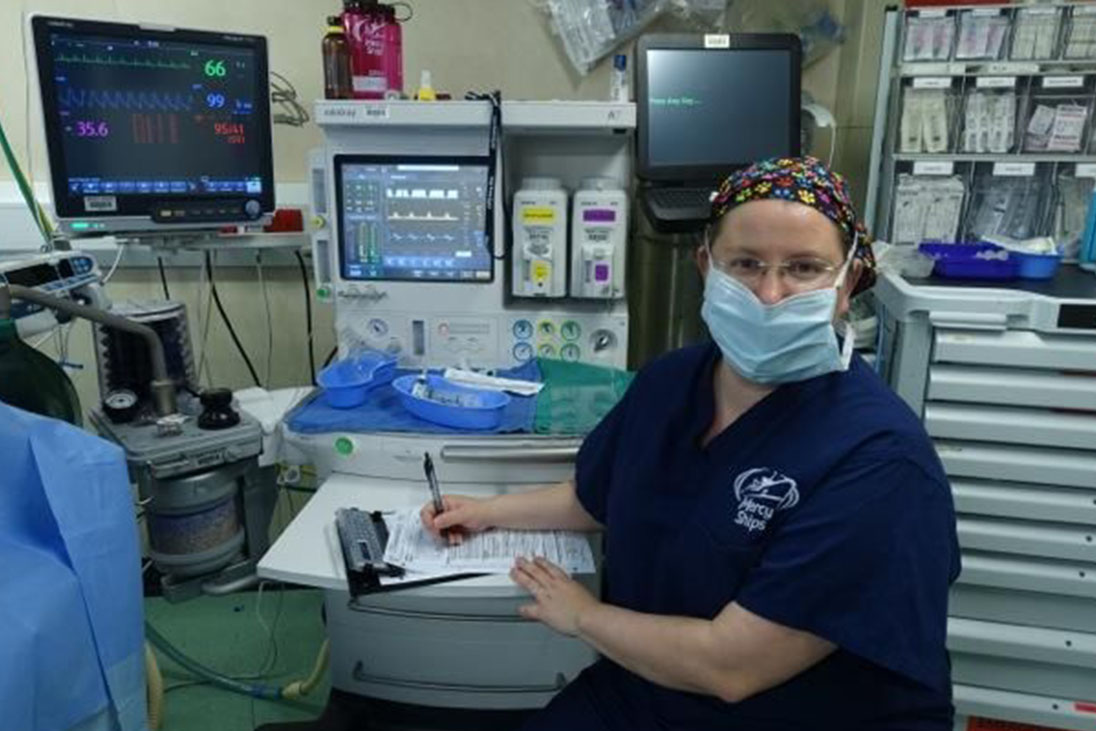 Dr Felicity Avann spoke about her adventures with the Mercy Ships charity, working off the coast of Senegal in Africa. The ship has been docked in Dakar, the capital of Senegal, since August last year and will remain until June.

Speaking at a club meeting, Dr Avann, said that patients came from all over Senegal for treatment.

“We saw many different issues presented and I was surprised how advanced some of the conditions were,” she said.

“In the UK, these patients would have been treated long before – we should be very grateful for our healthcare services here.”

She added: “I personally anaesthetised 28 patients, mainly children, for operations such as cleft lip and palate, removing benign but large tumours from the skull, orbit, face, jaw, neck, chest and breast, plus hernias, and treating testicular conditions.

“I also anaesthetised for skin grafts to treat horrendous scarring after snakebites and treating foot gigantism.

“We seldom see these issues in this country so while I was teaching local Senegalese anaesthetic nurses and doctors, I was also learning at the same time.” 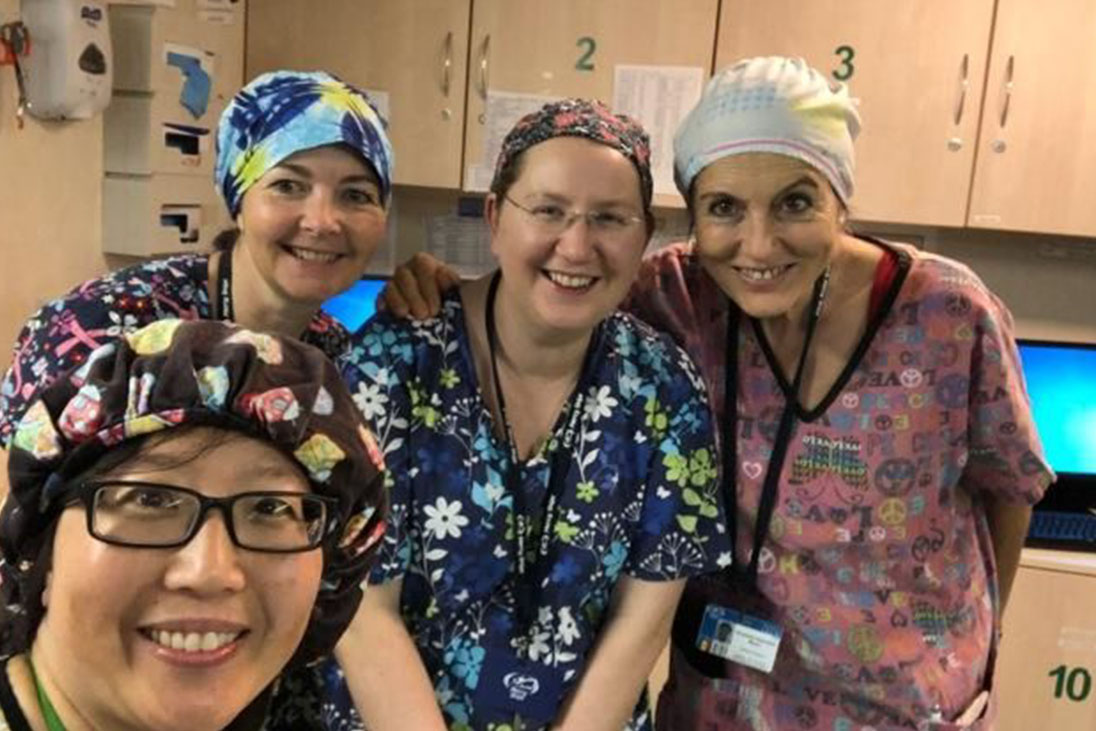 Dr Avann described the trip to Senegal as a great experience and thanked the Rotary club for the bursary. Borderland Rotary has sponsored medical staff to work on Mercy Ships for the last 10 years.

Mercy Ship is a faith-based international development organisation which deploys hospital ships, staffed mainly by volunteers, to some of the poorest countries in the world.

It delivers vital free healthcare to people in desperate need and has so far visited 56 counties since it was founded in 1978 and completed thousands of urgent operations.

Borderland Rotary’s connection with the charity dates back to 2008 when Rotarian Linda Butler, a career nurse saw a presentation about Mercy Ships.

Every week we welcome, or bid farewell to, #volunteers as they join or leave the vibrant, multi-cultural #community onboard the #AfricaMercy. Please pray for the crew members as they embark on their next chapter and continue to inspire others to serve alongside us at #MercyShips. pic.twitter.com/rYWRFOQ3tV

She was so moved that she took leave of absence from the RJAH Orthopaedic Hospital in Gobowen, to spend two months working for Mercy Ships in Benin in 2009 and then a month in Sierra Leone in 2011.

She said on her return: “I was so impressed by the dedication and professionalism of the staff on the ship and surprised by the number of prospective patients who had walked for days on end for surgery or general treatment.

“I saw the life-changing results and I’m so glad that I had the opportunity to play a small role in the amazing work of Mercy Ships.”

Linda then set about raising money so that others could help with the work. She died unexpectedly in June 2016, to her fellow Rotarians commemorated her work by setting up the Linda Butler Mercy Ships Bursary.

This is awarded to local medical or non-medical volunteers who are prepared to devote their time to the wonderful work of the Mercy Ships.

To find out more about Mercy Ship visit their website.

For more information about the Rotary Global Grant project, email: rotary@mercyships.org.uk or call 01438 727800 and speak to Christine, who is leading on this Rotary project. 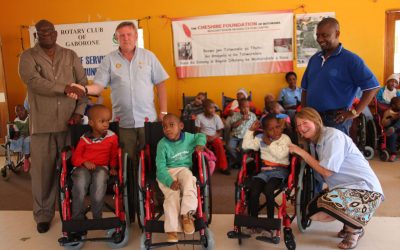 Four years ago, Rotarian Gwynfor Roberts made a life-changing visit to Botswana with wife Diane Malamut to assist with a wheelchair project – and in 2020, that initiative continues to bear fruit. 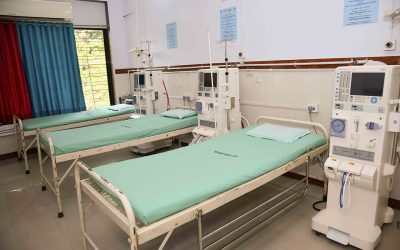 For North Worcestershire and Walsall Rotary clubs, they have continued to remain busy during the COVID-19 pandemic by supporting projects overseas. 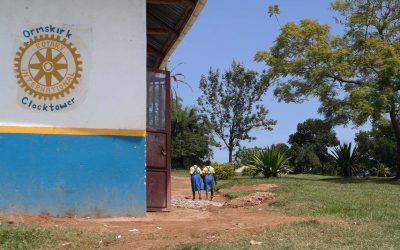