Setting up a new Rotary life in Kenya

Setting up a new Rotary life in Kenya

Last October, Rotarian Ian Graham moved his life from the comfort of Norfolk to Kenya to focus on a major flood relief project in Kilifi County, north of Mombasa and on the Indian Ocean coastline. Here is his story.

Following a large change in my life, I decided in October 2018 that instead of living in Norfolk and holidaying on the north coast of Kenya, which I had been doing for 18 years, that I would live in Kilifi, Kenya, and instead holiday in Norfolk.

This meant leaving Rotary in the UK and resigning as my role as Chair of our Rotary Foundation Committee in East Anglia.

So, I flew to Kenya, rented a cottage on the outskirts of Kilifi and transferred my membership to Kilifi Rotary.

This was not a great leap into the unknown as I had been attending their meetings during my holidays and had acquired many friends around Kilifi.

The Kilifi Club is made up of around 25 Rotarians with, I would guess, an average age of 30 years. Its members mainly consist of Kenyans, with me and a couple of American women to add a foreign flavour. Females are in the majority in the club and last year held all the club officer roles.

For me the biggest and best difference in being a Rotarian in Kenya rather than the UK is that you are always where the need is.

No longer was I reading about it in some Global or District Grant application, but now I was on the ground and carrying out the projects.

At times it is hot and dirty work, but great fun too, especially when a toilets or water system project is commissioned and you know the children’s health and education will start to improve.

For me the biggest and best difference in being a Rotarian in Kenya rather than the UK is that you are always where the need is.”

Following the disastrous floods in Kilifi County in 2018, members of Kilifi Rotary contacted the Kenya Red Cross to see how the club could help some of the 125,000 people in whose houses had been destroyed.

The Red Cross said that their primary need was for clothing, so the Rotary club organised a ‘clothes drive’. This was very successful, collecting a vast amount of clothing of all types, sizes and for all ages from various collection points around town.

This was delivered to the Red Cross for distribution. Members of Kilifi Rotary decided they should see conditions for themselves, so a trip to Garashi was organised, with a member of the Red Cross as a guide.

Often the flood water rose over the bonnet of the 4×4 Land Cruiser as a normal hour’s drive from Malindi took three.

Eventually we arrived at the camp which had been set up for the displaced people situated at the local Chief’s (Local Government Civil Servant) Public Compound.

From a distance, the site looked quite picturesque, a lot of what looked like nice white tents covering a small hill.  But as we arrived it became clearer that these were not tents, just white plastic sheeting over local tree branches.

There was one family per structure, around which the residents had made low mud barriers to keep out the waters.

In the short time since the pipeline was completed, mothers in the area are reporting a drop in the diarrhoea from their children.”

The mud was horrendous and very, very sticky. Cleaning shoes and boots later was a hard task.

The Red Cross were supplying clean water thanks to large tanks filled by water trucks from a temporary water filtration plant set up at the river near Malindi.

There were emergency mobile medical facilities, with the government supplying basic foodstuff.

It was obvious that more was needed to be done for the displaced people.

On returning to Kilifi, the Rotary club contacted ShelterBox in the UK to see if they could help. Sadly, they were unaware of the floods. There had been little or no coverage on the BBC and other world media outlets.

Following our description of the problems, the duty officer promised to urgently look at the situation by contacting the UK High Commission and other agencies.

And very soon, ShelterBox deployed a trained evaluation team to look at the situation. They concurred with Kilifi Rotary’s view and sent out a large number of Shelter kits to help the displaced people.

These kits contain sheeting to build good quality shelters, hand tools and general living equipment, which were really welcomed by the recipients. 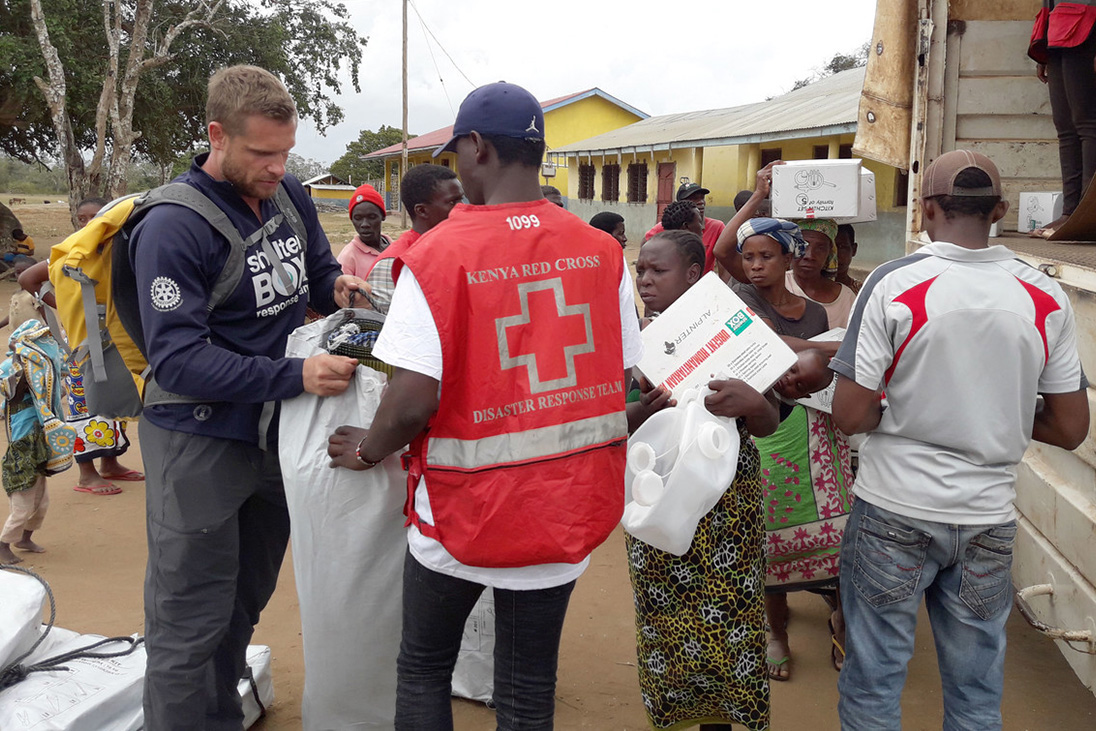 The people have used these kits in many ingenious ways to create good living structures.

Two months later, on a follow-up visit, a meeting was held by the Kilifi Rotary with the local village committees to discuss their future requirements.

Overwhelmingly they asked if we could help provide clean water to the villages affected for domestic use and to irrigate their fields.

Kilifi Rotary met with an Islamic Relief team who were already working in the area. They had already drafted plans for distributing water to the villages, but had no available funding.

The Rotary club decided that they would fund the installation of a short pipeline, using its own funds normally provided to give short-term assistance to those suffering from food supply problems.

Islamic Relief came on board as a partner helping to project manage the work. This turned out to be a fantastically successful project.

In the short time since the pipeline was completed, mothers in the area are reporting a drop in the diarrhoea from their children. 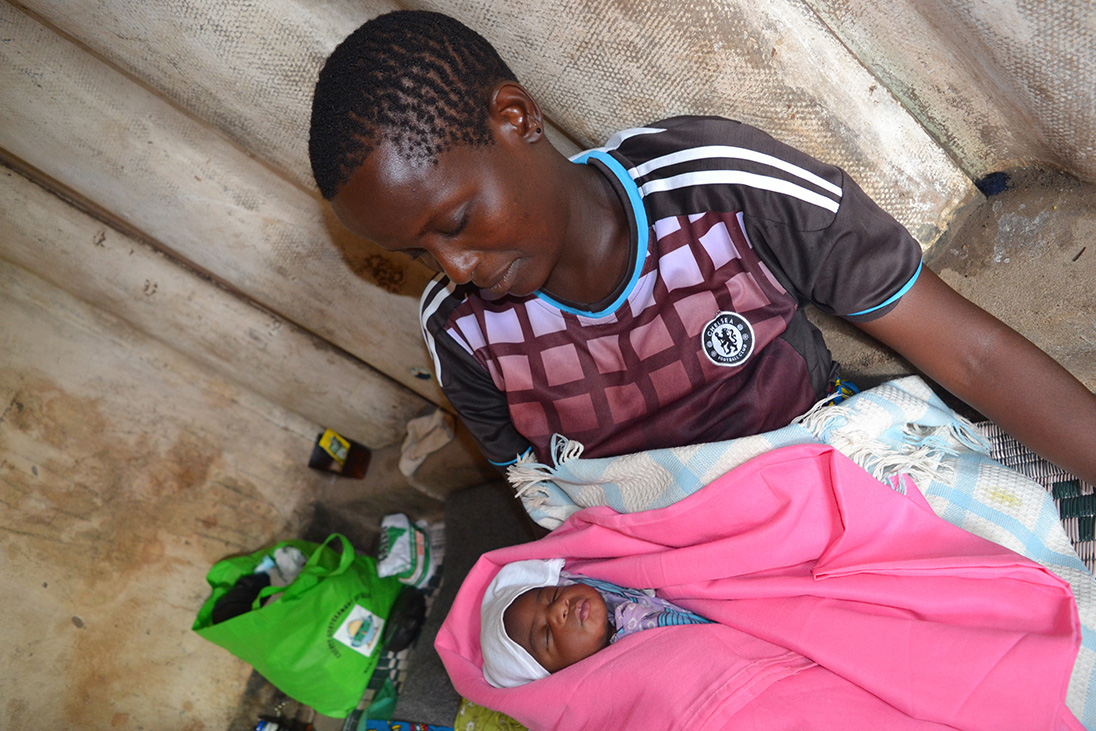 Mothers are reporting improved health for their newborn babies and children.

They are also spending more time at school, and have more time to study at home, no longer having to fetch water every day.

With Islamic Relief we will be collecting statistics from the Community Health Workers to see how much an improvement has been made to people’s health.

The Rotary club will also be investigating the possibility of funding the installation of the longer pipeline planned to connect the Islamic Relief solar powered boreholes to the tanks at the Chief’s compound to supply water to three villages comprising of over 1000 families.

We hope to use The Rotary Foundation Global Grant system to raise the Ksh3.5million ($35,000) required to put that pipeline in place.

The team has already contacted several UK Rotary clubs to see if they would be interested in becoming the international partnering club to allow a Global Grant application to go ahead.

Rotary members are transforming the lives of people around the world. 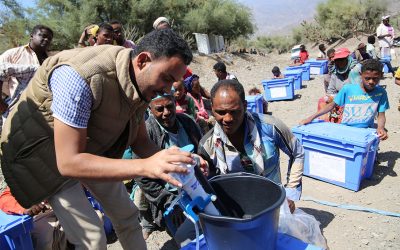 Looking for something different to buy as a present this Christmas? The Rotary-based charity Aquabox could have the answer. 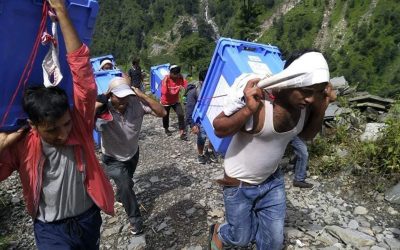 Aquabox, Rotary’s own disaster relief charity has manage to rapidly respond to desperate communities in need of safe water. 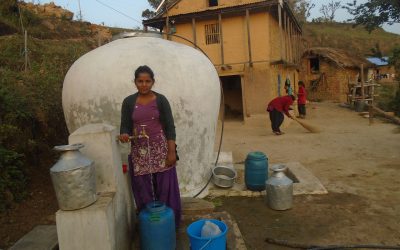