Rotary is marking the 10th anniversary of the Rotary Young Citizen Awards by honouring even more outstanding young people from across Great Britain and Ireland. The awards celebrate the positive citizenship and responsibilities that are shown by many young people. Rotary clubs nominated the winners, all of whom are youngsters who have gone to great […]

Rotary is marking the 10th anniversary of the Rotary Young Citizen Awards by honouring even more outstanding young people from across Great Britain and Ireland.

The awards celebrate the positive citizenship and responsibilities that are shown by many young people. Rotary clubs nominated the winners, all of whom are youngsters who have gone to great lengths to help others, often overcoming adversity themselves.

In addition to this year’s winners, special awards were presented to previous recipients to celebrate the 10th anniversary.

The winners of the Rotary Young Citizen Awards 2017 are:

Molly Comish, 18, nominated by the Rotary Club of Bray

Molly was determined to act after seeing so many homeless people living and sleeping on the streets of her hometown of Bray and in the wider area of Dublin. She started a project to distribute over 120 “Dignity Packs” containing essential personal hygiene items to the homeless in the run up to Christmas and is in the process of setting up “Dignity Packs” as a charity.

Mohamad Khalil, 16, nominated by the Rotary Club of Leeds

As a young Syrian refugee who escaped death in his homeland and fled to Leeds with his family, Mohamad has retained a positive outlook, even after being faced with some of life’s most difficult challenges.

Mohamad suffered from a gunshot wound during a school attack before fleeing Syria.  His mother was diagnosed with cancer and had to undergo surgery, and his father suffered a debilitating injury. He now acts as a supporter for his parents by carrying out many tasks around the home and also helps other students at his school in Leeds where he is admired by fellow pupils and staff.

Abbey Booker, 15, nominated by the Rotary Clubs of Doncaster and Doncaster St. Leger

Doncaster teenager, Abbey, is only fifteen years old but there are many differences between her and others her age, one being that Abbey is in care and has already had several placements.  She has, however, used her own life experience to provide support and advice to other children in care and make changes within the Children’s Service. Wanting to offer guidance and someone to talk to for young people in a similar position, she signed up to volunteer with the Independent Visitors Scheme, a befriending service on offer to all those in care.

Harry McCann, 18, nominated by the Rotary Club of Naas

Harry from Clane in Co. Kildare founded his first business at the age of 15 – Kid Tech, which ran training courses and holiday camps teaching coding and technology to young children.  Through this, he realised the importance of STEM (science, technology, engineering and mathematics) education and over the space of sixteen months, he went on to teach over 800 kids to code all around Ireland.

In 2014, Harry founded the first Digital Youth Council in the world, which he is currently Director of.  This was created to provide a platform for some of Ireland’s leading young STEM advocates, to work with the Irish government in delivering programmes, creating opportunities and ensuring that young people have a say in their future,

Amber and Sophia Cowburn, 23 and 24, nominated by the Rotary Club of Truro

Amber and Sophia founded the mental health charity, Invictus Trust, in 2011 after their 18-year-old brother killed himself in a psychiatric unit in Cornwall.

The sisters felt that the facilities and care available to Ben at the time did not support him properly. Upon hearing that other young people in the facility had also taken their own lives, Amber and Sophia made it their mission to ensure young people received better support.

Aidan Jackson, 14, nominated by the Rotary Club of Widnes

Aidan has been recognised after a series of incredible fundraising efforts led him to raise over £16,000 in just two years for a range of different causes. He was diagnosed with Asperger syndrome in 2011, which results in him struggling with many every day occurrences including making friends and handling social situations.

For the second year running, Rotary is presenting the Young Citizen Wheelchair Sports Award, sponsored by WheelPower, at its Manchester conference. This award is being presented to:

Kare Adenegan, 15, nominated by the Rotary Club of Coventry

Kare picked up three medals in the Paralympics in Rio in three separate wheelchair-racing disciplines, after having only started the sport in 2012.

Kare, pictured above, was born with diplegic cerebral palsy, which affected her mobility and the use of her legs resulting in her relying on the use of a wheelchair. Throughout her school life she had not been able to engage with sport however when watching the 2012 Paralympics in London she was inspired to give wheelchair sports a go.

The judges of the Rotary Young Citizen Awards chose from more than 50 nominations from across Britain and Ireland, and the winners will receive their awards on stage at the 92nd Rotary International in Great Britain and Ireland’s Conference on Saturday 8th April in Manchester, which will be presented by TV Presenter Ellie Crisell.

The President of Rotary International in Great Britain and Ireland Eve Conway who started the Awards ten years ago, said: “The achievements of these young people are outstanding and serve as an inspiration to us all. They go above and beyond to help make a difference to the lives of other people, putting the needs of others before their own to bring about change. I wish them all the very best of luck for the future and I’m sure they will continue to build on their successes.”

Launched in 2007, the Young Citizen Award were created to recognise people under the age of 25 who have demonstrated their commitment to citizenship through various activities. 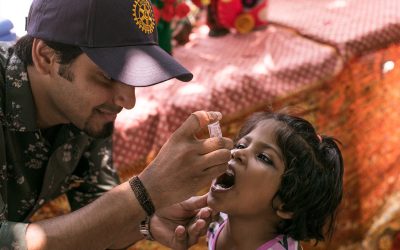 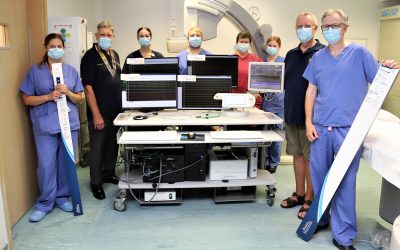 From Leatherhead to Long Eaton, Rotary clubs across the country have been providing huge funds to a variety of causes and organisations.