Dr Mathew Varghese is regarded as a polio hero at St Stephen’s Hospital in New Delhi where he works as an orthopaedic surgeon. He has been hailed by Microsoft founder, Bill Gates as one of his heroes

One of Delhi’s leading polio surgeons has warned that peace is the route to polio being finally eradicated.

Dr Mathew Varghese will celebrate 30 years working as an orthopaedic surgeon at St Stephen’s Hospital in New Delhi in March. His work has been recognised worldwide as a leading specialist in the field of polio.

India has remained polio-free officially since 2014, but Dr Varghese has witnessed at first hand a time when polio was crippling over 500 children a day in India in the early 1990s.

With neighbouring Pakistan and Afghanistan the last two countries where polio is endemic, the Delhi doctor admitted that finding peace is the solution.

“If polio returns I will be really upset,” admitted Dr Varghese. “Do I constantly worry about it with all they are doing? I am okay.

“What really worries me is disturbed areas of the world where polio is still lurking behind a lessening of peace.

“We will not be able to provide an environment for a freedom from polio”.

“In endemic countries, peace is a foundation for health. You build everything on peace, you destroy everything with disturbance and war”.

“You build things on peace. You can be at peace when your brethren are at peace.” 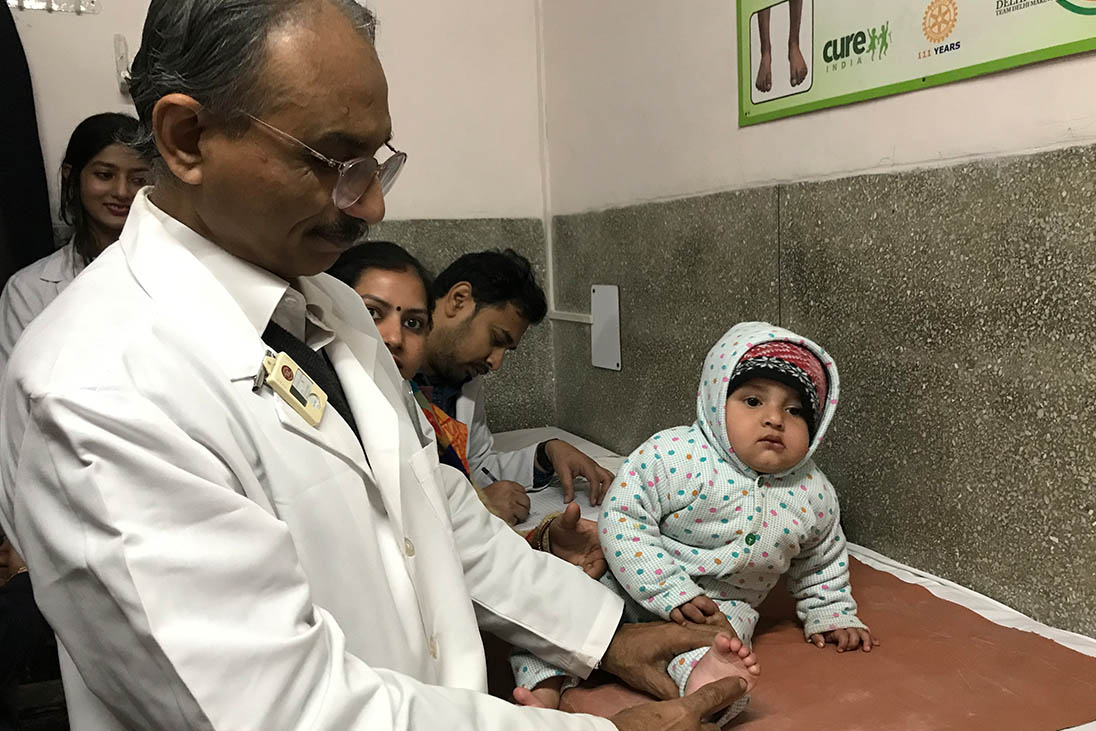 India has remained polio-free officially since 2014, but Dr Varghese has witnessed at first hand a time when polio was crippling over 500 children a day in India in the early 1990s.

Deepak Kapur, who is head of India’s Polio Plus Committee, revealed that despite political sensitivities between India and Pakistan, Rotarians on both sides of the border are working together to find a solution.

Deepak, whose father was Secretary-Elect at a Rotary club in Lahore in 1947, before the family came to New Delhi following partition, said he believed there was a solution towards Pakistan becoming polio-free.

He said that he had shared what he described as “the Rotary template” with his opposite number in Pakistan, Aziz Memon.

“The biggest takeaway was something we call the Rotary Muslim Ulema (teacher) Committee in the state of Uttar Pradesh,” explained Deepak.

“This was formed because we had a lot of rumours floating around which were completely hampering immunisation in India.

“Some people, for their narrow, parochial, political gains had spread the rumour and it spread like wildfire which had become intrinsic to the character of the entire community, that polio immunisation was a plot of the government to limit the number of minority children in India.

“Give a child polio drops and it would make them impotent, they said.

“The second rumour was that the vaccine contains parts of an animal that is banned under a particular religion, which was absolute rubbish. But people are keen to accept nonsense like this and they had.”

The head of Rotary International’s India National PolioPlus Committee, said that in difficult states of India, particularly in Uttar Pradesh, they recruited an Ulema or teacher; someone with great influence in the community, to help them spread the truth about polio.

This move managed to move the agenda and allowed for vaccinations to take place where previously there had been a resistance. 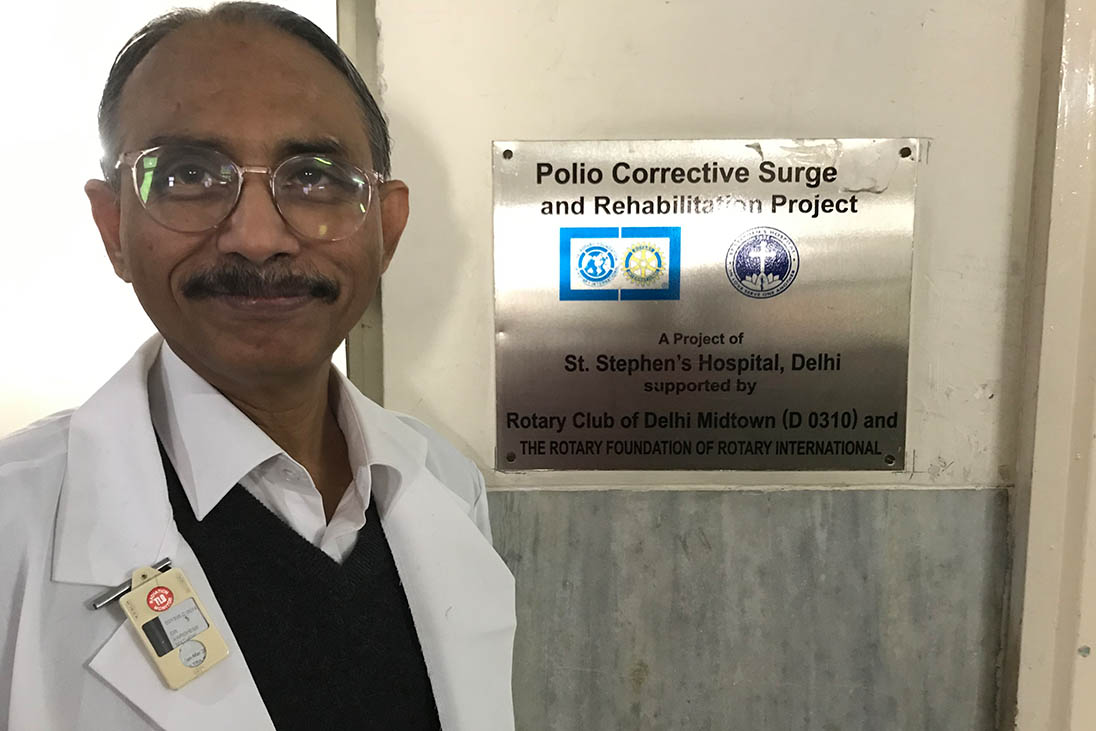 Dr Mathew Varghese has been hailed by Microsoft founder, Bill Gates as one of his heroes

“Every Friday, where there were calls for prayers, they were saying please get your child immunised against polio,” added Deepak. “

“This brought about a complete sea change in attitudes and suddenly things started buzzing.”

Deepak said that the Pakistan Rotarians are doing something similar, though the biggest problem which their neighbours face is violence against health workers.

A number of vaccinators have been shot dead by fundamentalists in Pakistan. In India, this did not happen, added Deepak.

“We did have a few health workers who were pushed from a mud house, but all that happened was a couple of broken bones. No-one died,” he said.

“In Pakistan, they have had close to 200 health workers shot dead. I’m not sure how they are going to address this.

In endemic countries, peace is a foundation for health. You build everything on peace, you destroy everything with disturbance and war”

“But I am certain polio will be eradicated in Pakistan. I believe the Prime Minister, Imran Khan, is completely for it. I am sure it will happen, it is only a question of when.

“India taking the lead. However, India has to ensure its own huge population of children is fully immunised, or as closely to fully immunised as possible, so if the virus doesn’t creep back from Pakistan or wherever else in the world, it does not establish itself here.

“That is the biggest service which India could do at the moment to help Pakistan.

“We already offered our best practices to Pakistan which they have catalogued, and if they would like any further information, we would be delighted to share whatever we could.

“Political tensions do not inhibit co-operation, not when you have Rotary to Rotary contact.

“We have never felt a problem there because everyone realises it is for the health of children.”