Rotary-supported charity MapAction is in Beirut helping to coordinate the international response to the devastating explosion at the city’s port.

When 2,750 tons of ammonium nitrate stored in the port of Beirut, Lebanon, ignited on the evening of August 4th, it caused an exceptionally powerful explosion which was heard over 160 miles away.

The blast, which is believed to be the largest non-nuclear explosion in history, registered as a seismic event of 3.3 magnitude.

At least 200 people are now known to have died and over 5,000 have been injured.

Three hospitals were badly damaged and forced to close with two others left only partly functioning, resulting in first aid and healthcare services becoming overwhelmed.

Many homes and businesses were damaged or destroyed and up to 300,000 people were rendered homeless. 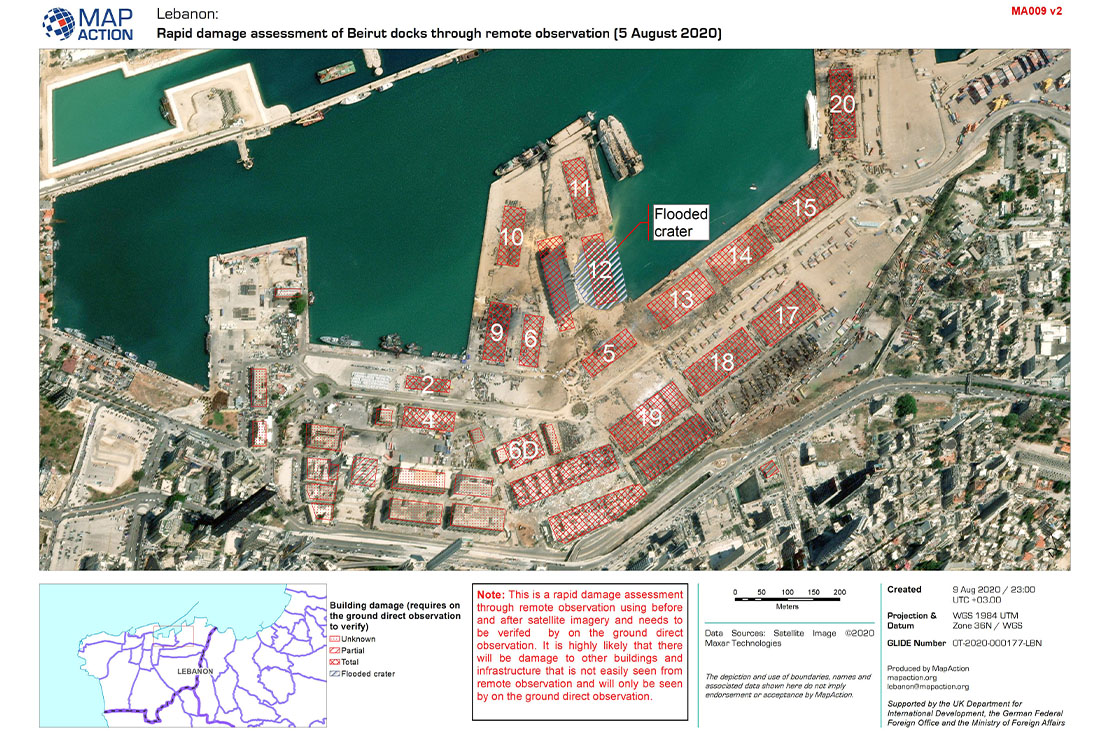 A two-week state of emergency was declared by the Lebanese government, which has since resigned, following mounting public pressure.

A two-week state of emergency was declared by the Lebanese government, which has since resigned, following mounting public pressure.

MapAction, one of Rotary GBI’s emergency response charities, was quickly called upon by the United Nations Disaster Assessment and Coordination (UNDAC) to send a team of humanitarian information and mapping experts to Beirut to assist the planning and coordination of the international response.

On the day following the disaster, Nigel Press, past Chair of MapAction Trustees, addressed the Rotary Club of Sidcup via Zoom, mainly focussing on MapAction’s global response to COVID-19.

Sidcup Rotary members were very moved by the presentation and asked if MapAction would respond to the Beirut disaster and how they might contribute. 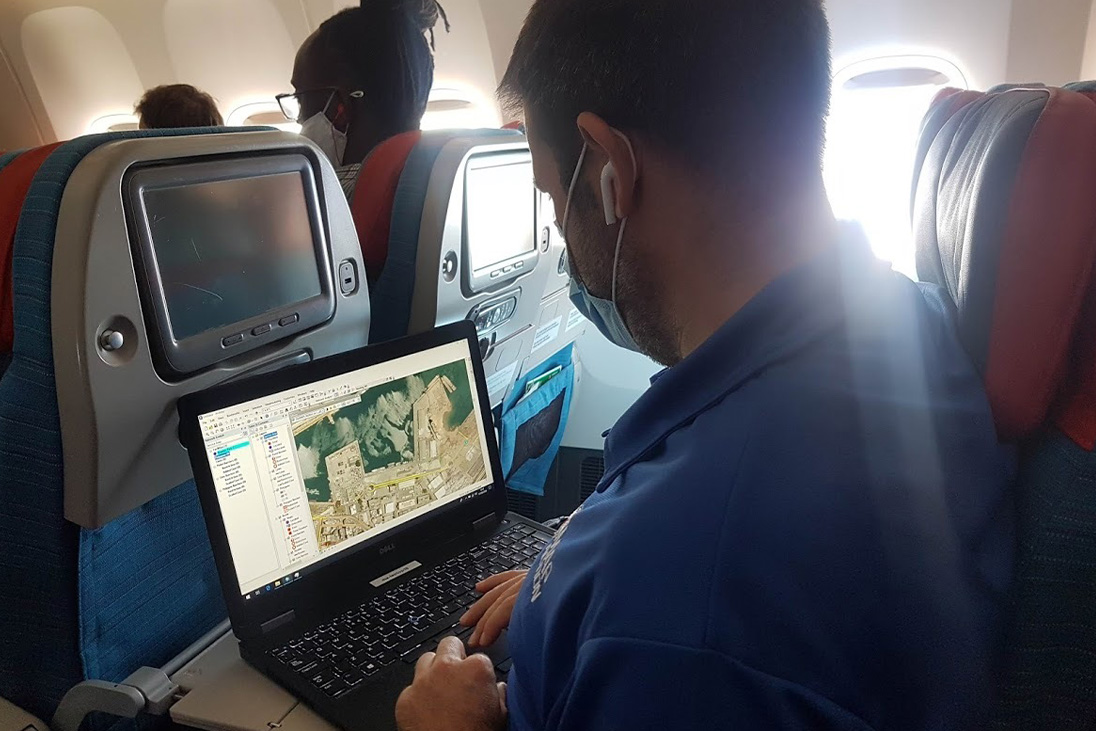 The next day, MapAction announced its mobilisation and within a week Sidcup Rotarians confirmed their contribution of £1,000 to MapAction’s travel costs.

Since their arrival in Beirut on August 7th, the three-person MapAction team, which is based at the UN control centre, has been rapidly gathering and mapping information needed by search and rescue teams and aid providers.

They are supported in this by the charity’s wider team of volunteers and staff in the UK, Europe and the Caribbean.

As well as the immediate impacts of the explosion, there are numerous longer-term concerns, such as the loss of much of the country’s supply of wheat which was stored in the port – also the main entry point for imports. 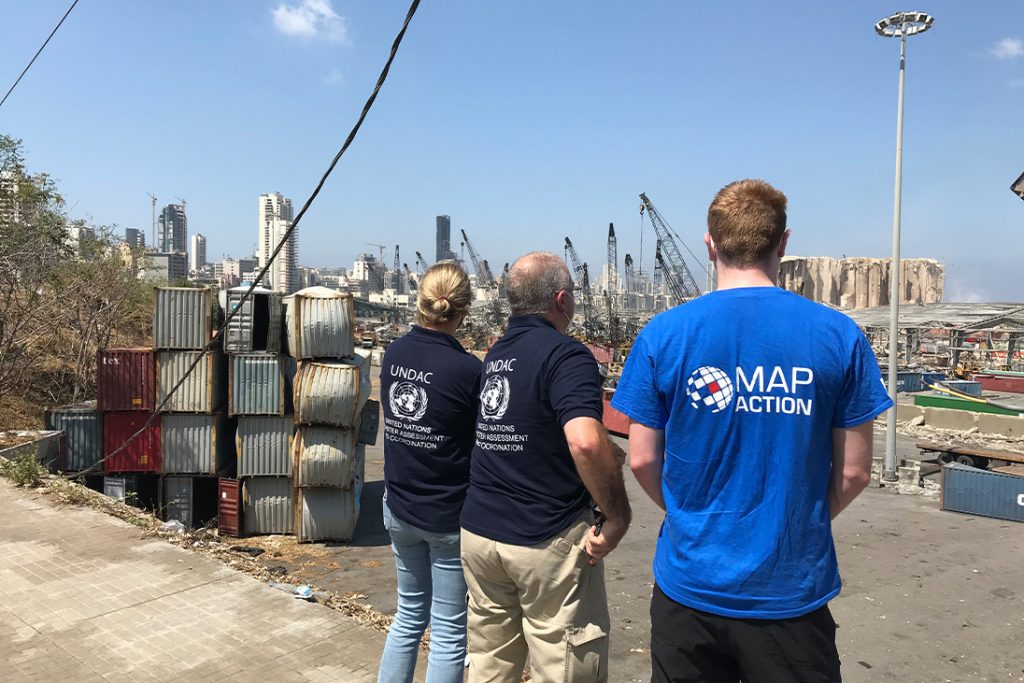 The MapAction team has initially been focusing on supporting search and rescue, health and other basic needs as well as containment of hazards such as contaminants, before addressing the longer-term effects of the disaster.

This is likely to have knock-on effects for the entire population and for humanitarian programmes supporting refugees in Lebanon and Syria.

The MapAction team has initially been focusing on supporting search and rescue, health and other basic needs as well as containment of hazards such as contaminants, before addressing the longer-term effects of the disaster.

All the maps produced can be easily and freely accessed at mapaction.org.

MapAction continues to receive generous support from a number of Rotary Clubs around the UK, including many in District 1120, notably Edenbridge and Tonbridge, all of which helps it to maintain its constant readiness to respond to emergencies such as this whenever and wherever they occur, even before public appeals take place.

Rotary’s support is particularly vital at the moment, when the fundraising environment for charities like MapAction is becoming increasingly difficult.