Around the world, Rotary clubs have rallied to support their communities amid the coronavirus pandemic, with more than two million confirmed cases globally, and in excess of 153,000 deaths.

Rotary clubs from across the world have found themselves at the heart of their communities during the coronavirus pandemic.

Rotarians have been on the front line with their day-to-day jobs delivering vital services and saving lives. But Rotary clubs too have been playing a huge part, tirelessly working to support the vulnerable. 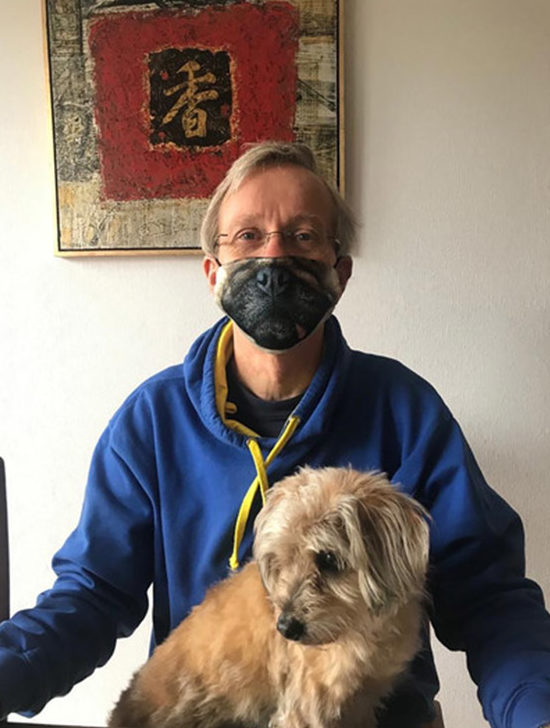 Carl-Ludwig contacted friends in China and managed to get hold of masks so urgently needed.

In Germany, Carl-Ludwig Dörwald (RC Worpswede) found himself frustrated by the lack of masks and protective clothing for medical staff. He had lived in China for almost 20 years and witnessed the outbreak of the SARS epidemic in Beijing.

So Carl-Ludwig contacted friends in China and managed to get hold of masks so urgently needed. Rotarian friends have helped to organise distribution of the masks to large hospitals in Munich, Bremen, Oldenburg and Bremervörde.

A second delivery was due to arrive after Easter. Rotarians from Germany, Austria and Switzerland are contacting Carl-Ludwig to help.

“We see what is needed in the crisis. We should intervene where we can help with our contacts, our knowledge and our energy,” said Carl-Ludwig.

Elswhere in Germany, Rotarians are involved in a scheme called Care4Bayreuth, helping with deliveries of food to poor people in the Bavarian town.

Rotaract clubs are assisting with food shopping for those who cannot leave their homes, as well as for medical staff. 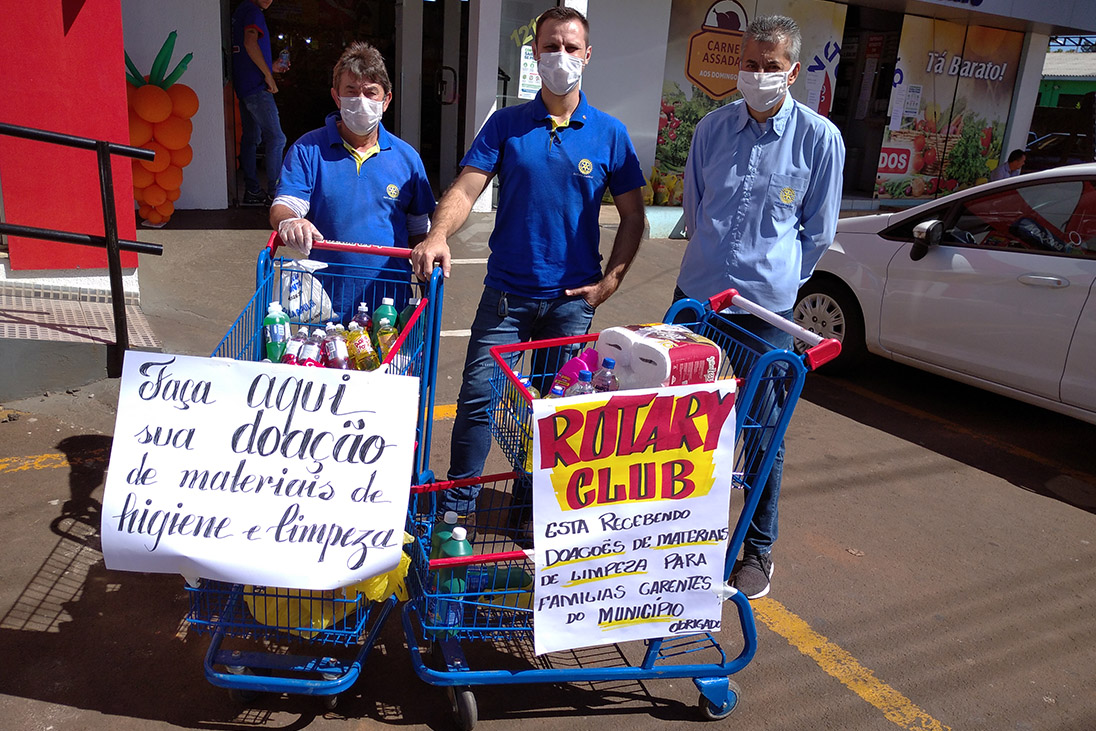 Rotary clubs have been helping with food donations for foodbanks, and people in isolation.

It’s a similar story in France, where Rotary clubs in Boulogne-Billancourt, Bouches de l’Argens-Fréjus and Martigues Etang de Berre have been supporting doctors, nurses, fireman, plus those involved in medical care.

They have organised meals cooked by Rotarian chefs, and supplied rental cars to help staff get to work when there is no public transport available.

The Verrières-le-Buisson and Aubergenville clubs have been focusing on food bank collections, as well as organising blood donations.

The Nîmes, Grenoble, Annecy, Versailles and Montpelierclubs have been making protective visors, and sourcing ventilators.

In Portugal, Rotarians are ensuring hospitals have the necessary equipment to treat patients. They have been sourcing personal protective equipment for medics, as well as boots, masks, and ventilators.

It’s a similar story in Turkey, where all three districts have been fund-raising to supply medical equipment following talks with hospital administrators. 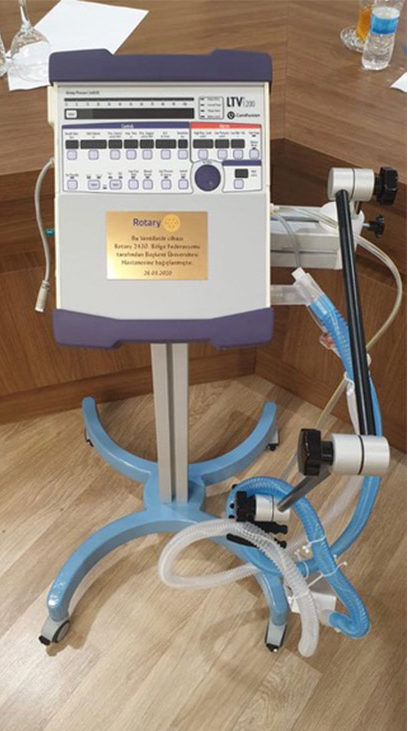 Districts in Turkey have been fund-raising to supply medical equipment following talks with hospital administrators.

Thanks to The Rotary Foundation’s decision to allow districts to apply for a maximum $25,000 disaster response grant, with the waiving of a 30% foreign financing requirement for global grants, the districts have found ways to source some of the more expensive equipment, such as ventilators and CT scanners.

District 2420 is working on a $210,000 project to provide CT scanners, District 2430 has funding to supply one hospital with a ventilator, and looking to add more. District 2440 is hoping to fund 10 hospital ventilators.

In Italy, one of the countries worst affected, clubs in District 2080 are raising funds to purchase ventilators and protective gear for overstretched hospitals. They have raised more than $21,000 for protective masks.

Clubs in District 2041 raised funds online to buy protective gear for health workers caring for patients at a 400-bed hospital at Milan’s fairgrounds.

In Spain, another country badly hit by COVID-19, there has been a collective fight with a project launched under the banner of ‘We respond against solitude’.

Rotarians are providing telephone assistance for those living alone, offering advice, guidance, plus a friendly voice on the other end of the line.

Madrid Serrano Rotary in District 2201 has been leading a project to provide hospital equipment. They have been working on a Global Grant for €21,194 ($23,000) supported by Rotary clubs from Milano Arco della Pace (Italy) and Potsdam (Germany), as well as from Rotarians in Arouca (Portugal) and Tokyo-Chuo (Japan). 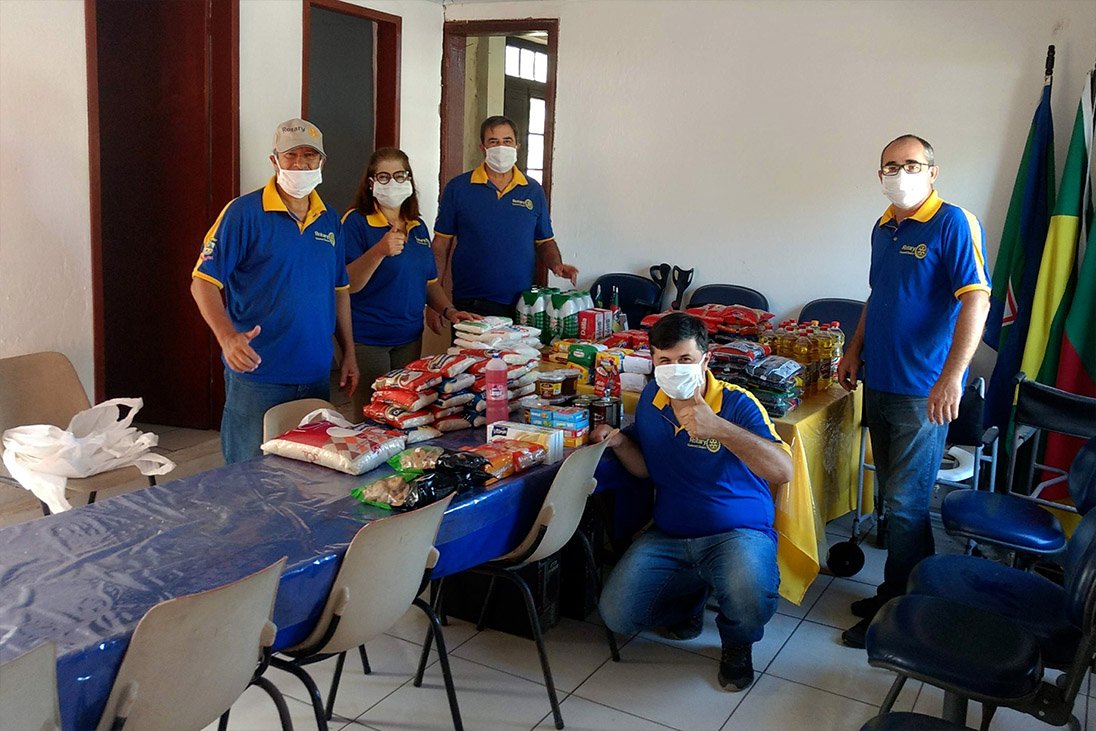 Rotary clubs have been helping with food donations for foodbanks, and people in isolation.

In Barcelona, a similar project to fund medical equipment has been undertaken by the Tarragona, Reus and Girona Rotary clubs.

The Rotary clubs of Granollers and Vic-Osona have been working together on a digital project sourcing computers for young people so they can study from home.

In Jandaia do Sul, Brazil, Rotarians worked in partnership with a local university to produce hand sanitisers for the population.

The Rotary Club of Itapejara D’Oeste collected cleaning and personal care products from supermarkets which they later donated to those in need.

Three hundred miles away in General Câmara, Rotarians collected one ton of food which was distributed amongst 80 poor families.

Brazilian clubs also provided safety equipment to hospitals and health workers. Members of the Rotary Club of Rolândia-Caviúna made the face masks themselves. 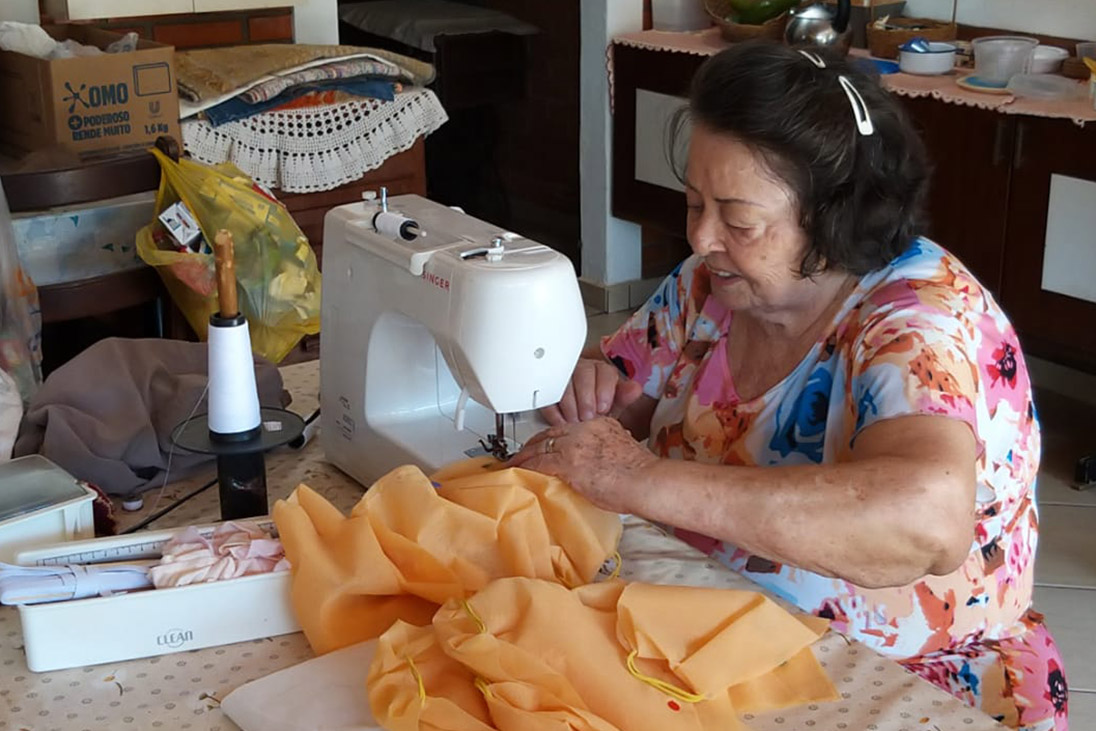 Rotary clubs in Sri Lanka installed thermometers in airport bathrooms and produced posters to raise awareness about COVID-19 for schools across the country. And in Pakistan, the Rotary Club of Karachi Darakhshan in Sind distributed thousands of masks to people in Karachi.

Korean clubs in District 3700 have donated $155,000 to the Red Cross. Rotary clubs in Nigeria’s Akwa Ibom state conducted a campaign in schools to raise awareness about the threat of the virus. 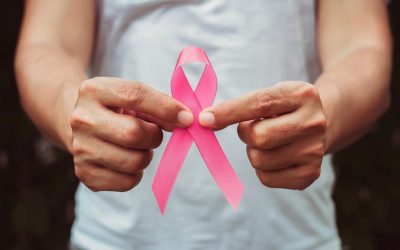 A Rotary-supported campaign to provide a new breast cancer unit at a Norfolk hospital is well on course for success. 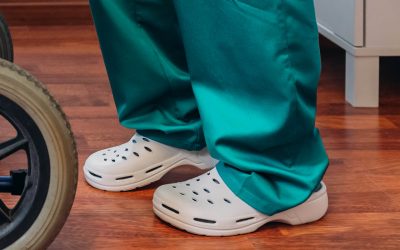 Rotarians in Lancashire have responded to a plea from the Blackpool Victoria Hospital for equipment to help medics under pressure during the current pandemic. 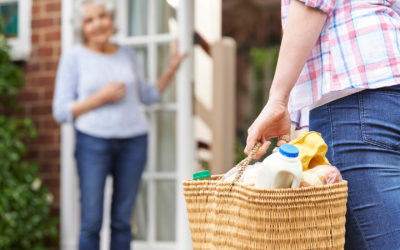 Rotarians picking up the pace to support communities

One month into the coronavirus lockdown, and the need for Rotary’s involvement in the community grows. Increasingly, more clubs across Great Britain & Ireland are showing their true value as community organisations, helping those most at need.