The iconic Tower of London is one of many UK landmarks to be lit up in purple in order to celebrate World Polio Day on Sunday, October 24th

The iconic Tower of London will be bathed in purple light as Rotary marks a major milestone in its global campaign to eradicate polio.

There have been just two cases of wild poliovirus this year in only two countries worldwide: one in Pakistan and one in Afghanistan. When Rotary started its global campaign to eradicate polio in 1985, there were around a thousand cases a day in 125 countries.

Rotary’s “End Polio Now” logo will also be beamed onto the historic White Tower. While the lights go on, Purple4Polio ambassador and Paralympian Anne Wafula Strike MBE will be present.

Anne is a polio survivor and knows first-hand the effects that the virus can have on an individual.

The colour purple stems from a symbolic purple dot painted on the fingers of children. The dot is used to signify that the children have received the potentially life-saving polio vaccination. 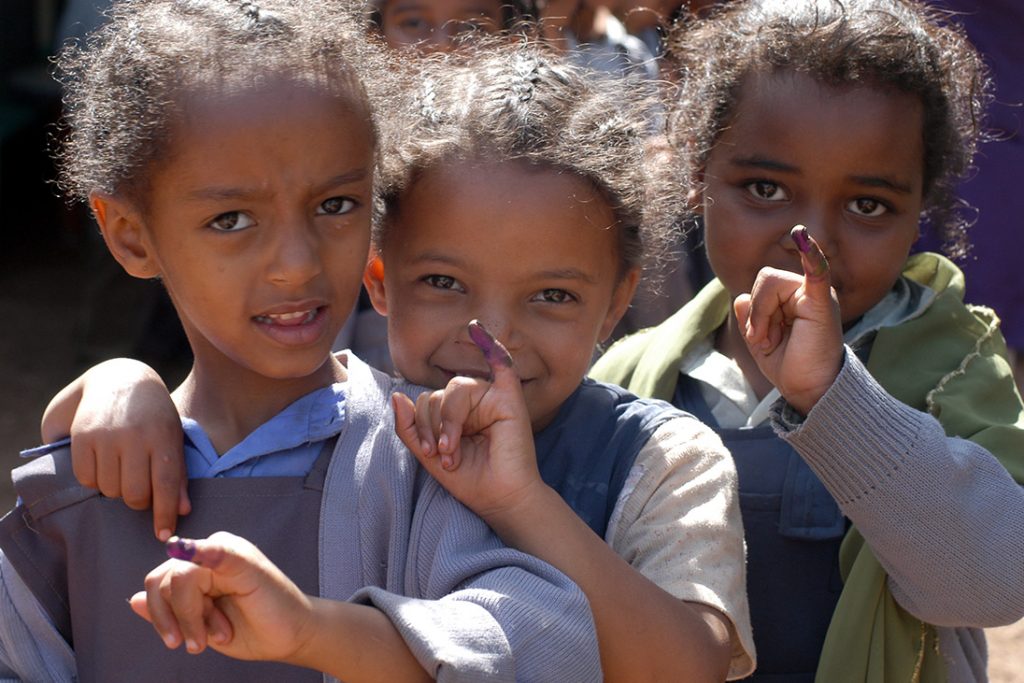 The colour purple stems from a symbolic purple dot painted on the fingers of children to show they have been vaccinated.

Polio is a viral infection which has debilitating results. The infection causes severe nerve damage often leading to full or partial paralysis as it spreads.

If left untreated the nerve damage spreads to the heart and lungs resulting in their failure and potential death.

Rotary has committed to raising US$50 million each year to support the global eradication efforts. Bill and Melinda Gates Foundation has pledged to match that 2-to-1, this totals an annual contribution of US$150 million.

She said “We’re proud to be marking World Polio Day and recognising the work of Rotary and our partners and the millions of people involved in so many ways in the fight for a polio-free world.

“Only together can we end polio, a virus that is still potentially just a plane ride away.”

The Tower of London won’t be the only iconic building in the UK planning to mark World Polio Day; landmarks across the country are set to light up purple for the occasion including in Bradford, Sunderland, Nuneaton and many more.

If you or your Rotary club know of a similar event or are hosting one then get in touch with any information that you have to pr@rotarygbi.org.

Support us on the final steps to ending polio now and forever.