To coincide with International Day of Peace, a Rotary-inspired peace garden has been dedicated in a village in South Buckinghamshire.

After months of planning, a Rotary-inspired peace garden has been completed in Buckinghamshire.

The peace garden at Penny’s Corner in Bourne End in Buckinghamshire was completed in time for the official dedication on International Day of Peace.

It was originally conceived by Bourne End & Cookham Rotary as a way of celebrating the centenary of the end of the First World War, as well as enhancing this focal point for the village.

This has been a community project, jointly financed by the Parish Council and Rotary, with anonymous donations from well-wishers.”

The Rotary club worked closely with Wooburn and Bourne End Parish Council, who own the site. Plans quickly evolved to encompass the wider aspects of peace since the official parish war memorial for wreath-laying already existed in Wooburn and only one memorial is permitted in each parish.

Penny’s Corner has a rich history reflecting the development of the village from a few cottages on the road from Marlow to Cookham, through its industrialisation and popularity as a Victorian and Edwardian tourist destination for those seeking a day’s boating on the River Thames when the railway arrived.

Plans to develop the site with shops and flats when the land was acquired by Buckinghamshire County Council caused a local outcry. 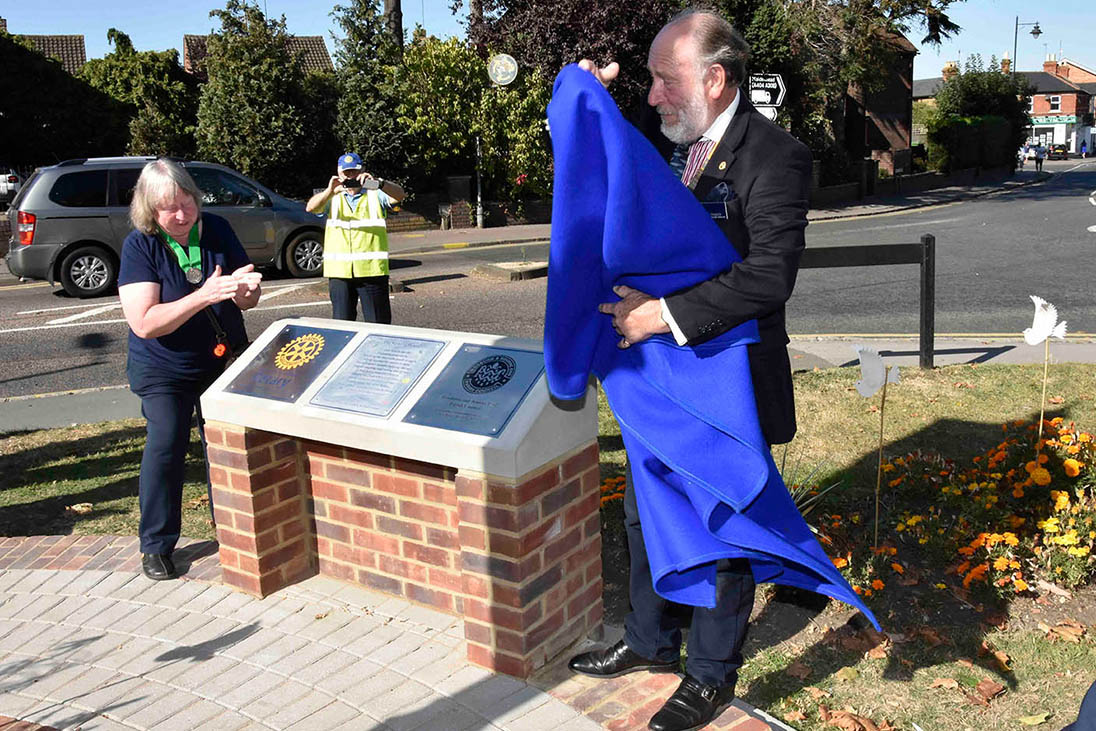 Following the demolition of the Nags Head Hotel, it had been cultivated as a parish open space by former council chairman Penny Walsh and her husband Brian. Eventually, it was bought by the Parish Council and officially named Penny’s Corner.

It was entirely fitting then that the Peace Garden, intended for quiet contemplation around the Centenary clock, became an enhancement of this treasured open space.

This has been a community project, jointly financed by the Parish Council and Rotary, with anonymous donations from well-wishers.

Detailed plans were drawn up by Flackwell Heath architect, Rotarian Geoff Baker, approved by the Parish Council and tenders sought by Parish Council Clerk, Malcolm Silver, for its construction.

It has been a very enriching experience. We are most grateful to the Parish Council for making it possible.”

The Rotary club organised a ‘Poem for Peace’ competition for the local community, to be held annually, with an etched copy of each winning entry having pride of place on the stone plinth.

Construction by Applewood Landscapes finally commenced in early July and was completed by mid-August.

All Rotary club members contributed to the planting scheme of white and blue perennials in the garden and generous donations were received from the public. 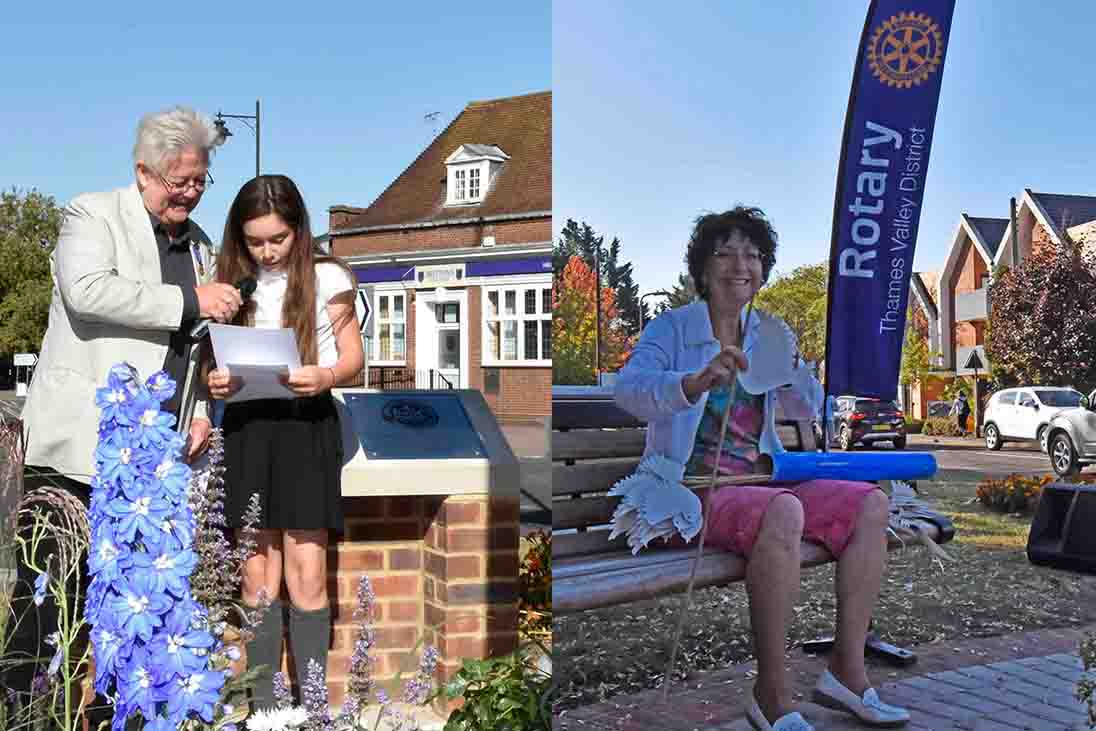 The local community got together for the big unveil

At the dedication ceremony, Rotary Club President, Ian Fraser, welcomed everyone. The garden was then blessed by Reverend Janet Binns of St Marks Church and Father Sean Healy from St Dunstans, and everyone joined in singing ‘Everlasting Peace’ before the plaque with the Poem for Peace was unveiled by Ian Fraser and Parish Council Chairman, Sue Wagner.

Mollyanne Flynn of St Paul’s Primary School then read her winning poem, ‘The Signs of Peace’, before paper doves were offered to all to inscribe with their personal message of peace and plant in the flowerbeds, or take home to spread the peace message further afield.

“It has been a very enriching experience.” said Rotary President, Ian Fraser. “We are most grateful to the Parish Council for making it possible.

“Mollyanne’s poem shows remarkable maturity in its expression of what peace means to a ten-year-old.

“We are delighted to welcome so many people on this International Day of Peace and it has been heart-warming to see local residents already enjoying this space for quiet contemplation prior to its official dedication.”

All entries for the inaugural ‘Poem for Peace competition can be seen in the reference section of Bourne End Library to inspire others to enter the competition for years to come.

We promote goodwill and understanding across the world by training local leaders to support long-term peacebuilding. 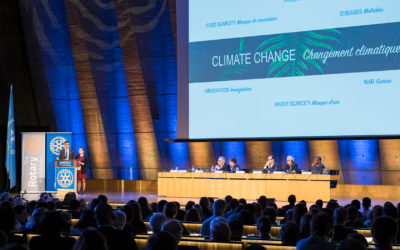