Saturday 28th October will see the Annual Bill Huntley Memorial Peace Seminar take place at the University of Bradford.
Will McInerney is an American Rotary Peace Scholar and part of the 2016/17 cohort who will be presenting the Seminar.

The theme for this year is ‘Paths to Peace’ and the Scholars will be discussing their activities from throughout the year. Earlier this year, Will visited World War I battlefields in France, as well as cemeteries and memorials commemorating fallen servicemen and women. He shares his experience.

It is a bright and soft spring day in the north of France. The rolling countryside is blanketed in thick shin-high grass that ebbs and flows in the wind. Manicured canola crop plots birth endless streams of golden flowers. It is a sight to be seen.

But there are stories buried below the surface. Looking closely, the scars of snarling trenches splinter the countryside and massive craters lurk between the valleys. From a hilltop, you can spot a peppering of thick iron gated walls in all directions. Fields of graves rest beyond those gates.

For every golden canola flower in the wind, there must be at least ten tombstones in the ground. A hundred years ago, this serene setting was the Western Front of World War I. There are perhaps a million or more men buried along this line.

I am with a group of a dozen or so foreigners to this land. We are Rotarians and Rotary Peace Fellows from across Europe and North America. Our group is here to learn about what happened and to reflect upon the sacrifices that were made. We tread with reverence along the journey.

Over three days, we visit a dozen cemeteries and memorials honouring French, Belgian, British, Canadian, West Indian, Australian, American, and German soldiers. The cemeteries are typically organised by country. Each nation’s section is enshrined in flags and solemn reminders carved into stone.

We are physically in France, but the cemeteries take you to another place. For a moment, Vimmy Ridge feels like Canada, and the Arras Memorial is England. The feeling is sombre and enveloping.

The segregation of cemeteries by country, or by Entente and Central powers, is standard practice. But there is one place along the Western Front that is different. There is one place that it is hard to decipher where you are, or how you feel.

At the Notre Dame de Lorette International Memorial, there is a monument to those who died in the Nord-Pas de Calais region; to all those who died, regardless of side. The Ring of Remembrance is a massive elliptical wall with nearly 600,000 names from 40 nations etched into steel plates. The wall is organised alphabetically. Nation and allegiance are removed; all that is left are names. Enemy soldiers are listed side by side encircling each other.

As I walk around the ring, I notice patterns in the steel plates. There are hundreds of Martins, and Müellers, and Murphys. The name John Brown is written 34 consecutive times. Each one is a different man of the exact name. All of them died here.

The volume of names is overwhelming. I run my fingertips across the etched wall. I try to let the names sink in. My hand stumbles upon a familiar pattern of letters about half way around the ring. My surname is McInerney. It is of Irish origin. There is a dozen or so McInerneys listed here. A few rows down I spot William McInerney. I press my hand against my own name. The steel plates have a polished finish. My fingerprints are left adorning the letters.

As I slowly walk further, the ring eventually comes to a close. But, there is one more spot I want to check. My full name is William Wedel McInerney. Wedel is my mother’s last name. It is of German origin. It too is etched in the wall at the Ring of Remembrance.

I do not know the details of my family history beyond a few generations. I do not know my relation, if any, to the William McInerney or the handful of Wedels on the wall. I exit the memorial with a sensation of connection and confusion lodged tightly in my chest. I walk away for a brief moment forgetting who was who, and only remembering that all were human.

I walk away remembering the physical and emotional sensation of feeling of my own name, split amongst two warring sides, resting under my fingertips. Each name was cut into the steel exactly the same on the wall. Each name was both distinct and identical. That is a feeling I will never forget.

The great Sufi poet Rumi says, “The wound is where the light enters you.” The wounds of the Western Front are still visible today. They are scars of history embedded into the French countryside. But as I look around the world today, I wonder if their meaning has been lost in translation.

These memorials and cemeteries are not meant to haunt us. Instead, they seek to resurrect history and place it before our eyes so that maybe we may find a new path forward. They try to bring light into our world through the wounds of the past. They ask; how could we, who are both distinct and identical, do this to each other?

A question lingers in the air as the golden canola flowers release into the French breeze. World War I, The Great War, the war to end all war, asks us; what have we learned?

Consider joining local Rotarians and Rotary Peace Fellows from around the world on next year’s trip. Ken Robertshaw of Halifax Rotary is the guide and leader of this program. The journey along the Western Front is one you will never forget. Contact Ken Robertshaw for more information.

If you are interested in hearing more stories from Rotary Peace Fellows, join us for the annual Bill Huntley Memorial Peace Seminar at the University of Bradford on Saturday, October 28th. Come learn about the Peace Fellowship and the many paths towards peace Rotary is making possible. Reserve your tickets online today.

Each year, Rotary selects up to 100 professionals from around the world to receive fellowships to study at one of our peace centres.

Through academic training, practice, and global networking opportunities, the Rotary Peace Centres programme develops leaders who become catalysts for peace and conflict prevention and resolution. In just over a decade, the Rotary Peace Centers have trained more than 1,000 fellows for careers in peacebuilding. Many of them are serving as leaders at international organizations or have started their own foundations.

The University of Bradford is one of six Rotary Peace Centres around the world, along with institutions in the USA, Australia, Japan, Thailand and Sweden. 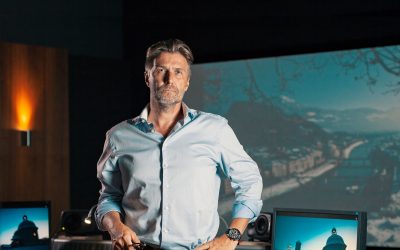 Hannes M Schalle, director of a new festive film looking at the history of one of the world’s oldest Christmas carols, talks peace, the history of Silent Night and supporting Rotary. 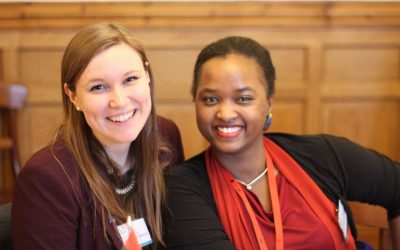 What is it like to be one of Rotarys 100 Peace Fellows?

This month’s issue of Rotary magazine has a focus on peace. Rachel Brooks is a current Rotary Peace Fellow pursuing her MA in international relations and security studies at the University of Bradford. Here, she describes what life is like as one of 100 Rotary Peace Fellows studying around the world. 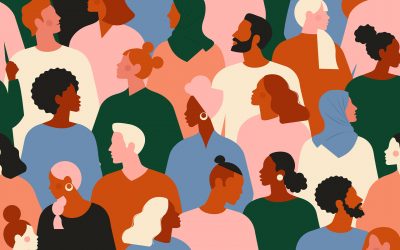 A Sheffield Rotarian has been invited to join a Rotary taskforce which aims to improved diversity, equity and inclusion.

What is it like to be one of Rotarys 100 Peace Fellows?