Rotary clubs have been helping communities grow by providing small loans to entrepreneurs. The scheme, working with the charity LendwithCare, has so far provided more than £1 million from Rotary clubs to help those fighting their way out of poverty.

Nantwich Rotary in Cheshire is also one of hundreds of clubs in Great Britain and Ireland who have contributed over £1 million to Lendwithcare.

Since October 2011, Rotary clubs across the UK have been raising funds to make small loans to entrepreneurs in developing countries. This has enabled them to start or expand their small businesses and work their way out of poverty, feed their families and send their children to school.

More than £1 million has now been lent by Rotary to farmers, tailors, market stallholders and food producers to name just a few of the types of businesses Rotary have helped in 11 countries across Africa, Asia and South America.

Nantwich Rotary has raised and lent a total of £61,583, contributing towards the national £1 million landmark, with the club loaning to 10,743 entrepreneurs in 11 countries.

Nantwich Rotary Club raised their share of the funds through metal detecting days, car boot sales and a variety of music evenings.

International Chair, John Crowe said: “Nantwich Rotary Club is proud to be a part of this fantastic initiative. Lendwithcare is a great way to help people out of poverty. You see exactly who the money is going to, and what they will use it for.

Nantwich Rotary has raised and lent a total of £61,583, contributing towards the national £1 million landmark, with the club loaning to 10,743 entrepreneurs in 11 countries.”

“The entrepreneur uses the funds to help them to earn a living, often employing family members and neighbours as well, helping to lift their communities out of poverty.

“They pay the loans back, which can be re-lent to person after person.”

John Crowe said that Nantwich Rotary has a proud history of fund-raising for charitable causes through community events, and Lendwithcare was a fantastic cause which was very popular with its members.

He added: “Local people have given generously and it’s testament to their generosity that we’ve managed to reach an incredible £1 million.

“That money will keep being re-lent and re-lent, translating into many millions of pounds worth of loans over the coming years.”

In Hampshire, Fordingbridge Rotary has been a long-time supporter of the scheme.

Fordingbridge Rotary has raised around £1,500. Club spokesman John Crossman, said that the club on the edge of the New Forest was proud to be part of this fantastic initiative.

Thanks so much for the support @Rotary1180! https://t.co/dei4mhSlXy

“It represents a great way to help people out of poverty,” he said. “You see exactly where the money is going, and what it’s being used for.

“Fordingbridge Rotary has a proud history of fundraising for charitable causes through various community events.”

At Fordingbridge, their LendWithCare project has benefitted from a second layer of success.

The loans that it has made so far under this scheme, have been doubled as part of a ‘Big Give Christmas Challenge.

Fordingbridge Rotary has been proud to take part through the ‘Small Business Solidarity Fund’.

One of those to benefit is Rosa Andrango from Ecuador. The project has helped Rosa to cover emergency food needs during lockdown, and assisted her to purchase seeds to enhance her agricultural production.

Lendwithcare is an initiative of the poverty-fighting charity, CARE International UK. It is a microfinance charity which enables people in the UK to make small loans to entrepreneurs from poor communities around the world.

The scheme allows you to lend as little as £15 to fund a small business, helping people in low income countries to fight their way out of poverty with dignity.

Once the money is repaid, you can choose to recycle the loan to support another entrepreneur.

Head of Lendwithcare, Tracey Horner, praised the partnership with Rotary. She said: “Through Lendwithcare, Rotary have helped change the lives of more than 5,000 entrepreneurs around the world so far.

The scheme allows you to lend as little as £15 to fund a small business, helping people in low income countries to fight their way out of poverty with dignity.”

“We’re grateful to every Rotary member who lends their time and energy to raise funds to lend to people trying to earn a living in some of the most challenging environments in the world.

“It really is life-changing for the people we work with, and we want to extend our huge thanks to Rotary Great Britain and Ireland.”

Anyone can make a loan through Lendwithcare, or buy a Lendwithcare voucher as a Christmas gift.

Loans start from £15 and will typically be paid back over six to 12 months. For more details visit: www.lendwithcare.org 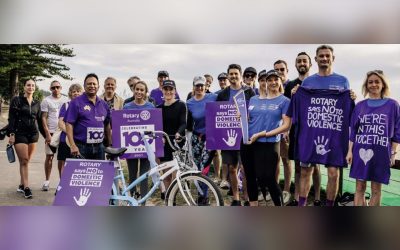 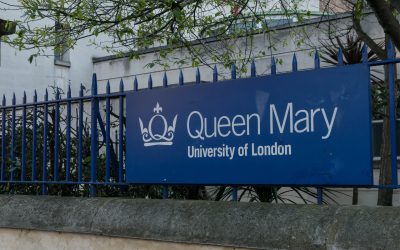