2020 marks the 20th anniversary of ShelterBox, a charity which started out life as a Rotary club project, and is now Rotary’s global partner in disaster relief.

Since 2000, ShelterBox have supported 1.5 million people with emergency shelter and other essentials, across 97 countries.

ShelterBox was founded in 2000, as a Millennium Project of the Helston-Lizard Rotary Club in Cornwall. The initial aim of the club was to help 8 to 10 families a year; providing families with what they would need to start their recovery after disaster. 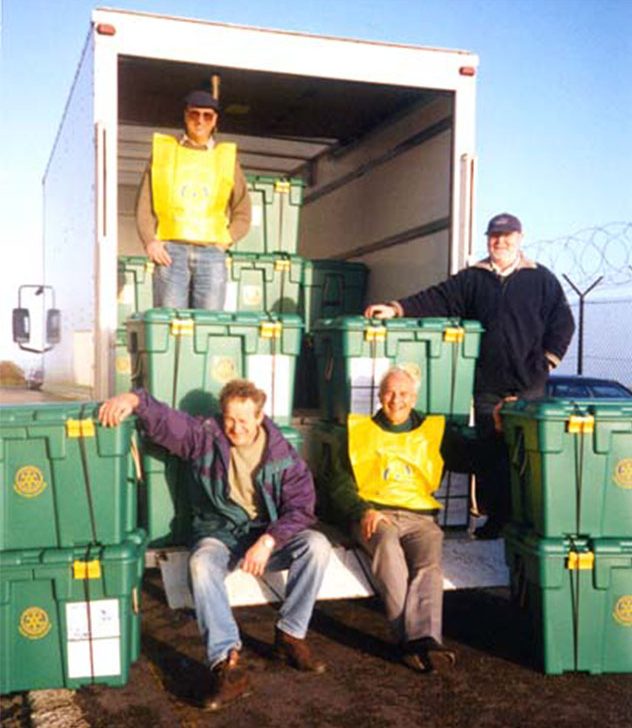 ShelterBox started life as a millennium project by Helston Lizard Rotary in Cornwall.

James Kingston, a former President of the club said: “Fairly early on the club realised that this project was going somewhere and was quickly growing. Our motivation was always to provide emergency shelter and essential items to help people to preserve dignity after disaster.”

The faith shown by the Rotary community led to the first ever response supporting families affected by the 2001 earthquake in Gujarat, India. ShelterBox became a registered charity in 2003, with the trustees and board members all belonging to the Helston-Lizard Rotary Club.

In 2012, with Rotary members around the world rallying behind a shared vision, the partnership between ShelterBox and Rotary was formally recognised when ShelterBox became Rotary’s official project partner in disaster relief.

Fairly early on the club realised that this project was going somewhere and was quickly growing.”

Rotary remains at the heart of ShelterBox, clubs and members around the world continue to provide vital support by raising funds and awareness at home and local Rotary contacts also providing essential assistance in countries affected by disasters.

Over the last two decades, as well as those events often overlooked by news headlines, ongoing Rotary support has enabled ShelterBox to respond to major disasters including the Indian Ocean Boxing Day Tsunami (2004) Typhoon Haiyan (2013), the Nepal earthquake (2015), and Hurricanes Irma and Maria (2017).

Its longest running response – to families displaced by war in Syria – has helped more than 250,000 people.

In their 20th anniversary year ShelterBox are drawing on 20 years of experience and expertise to continue to provide emergency shelter that families need to stay safe during the coronavirus pandemic. ShelterBox use all transportation necessary to get vital aid items to those who need it.

Thanks to it’s amazing supporters including Rotary members across Great Britain and Ireland, ShelterBox remains as determined as their founding club’s members to rise to the current challenges, exceed expectations and provide more shelter for families than ever before.

Sanj Srikanthan, Chief Executive of ShelterBox, said: “It’s a remarkable to reflect back on how much we have accomplished together over the last 20 years. The partnership between Rotary and ShelterBox has been transformational for so many disaster-hit communities.

“ShelterBox’s founding club could not have known the challenges facing our world in 2020 – but they founded an organisation of action, ready to respond.

“Emergency shelter has never been more vital and we are thankful for your ongoing support.” ShelterBox’s are delivered by boat following the devastating Indian Ocean Boxing Day tsunami, which led to over 225,000 casualties. 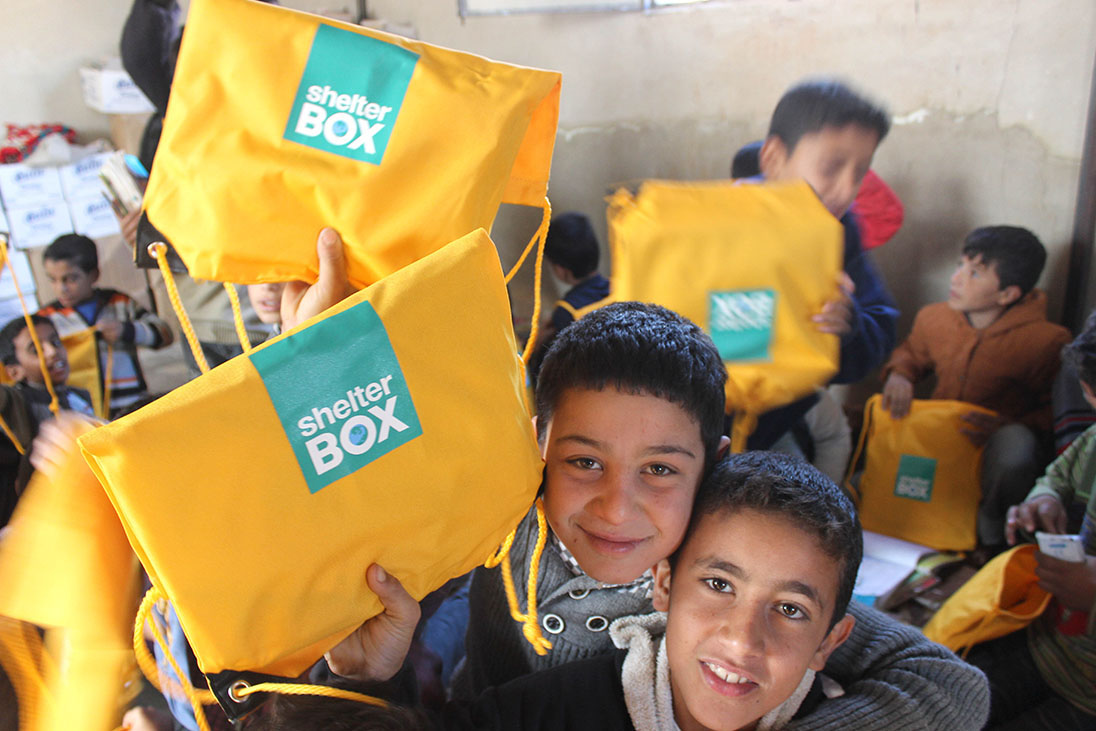 Supporting families displaced in Syria is ShelterBox’s longest running response, starting in 2012 and is still ongoing. 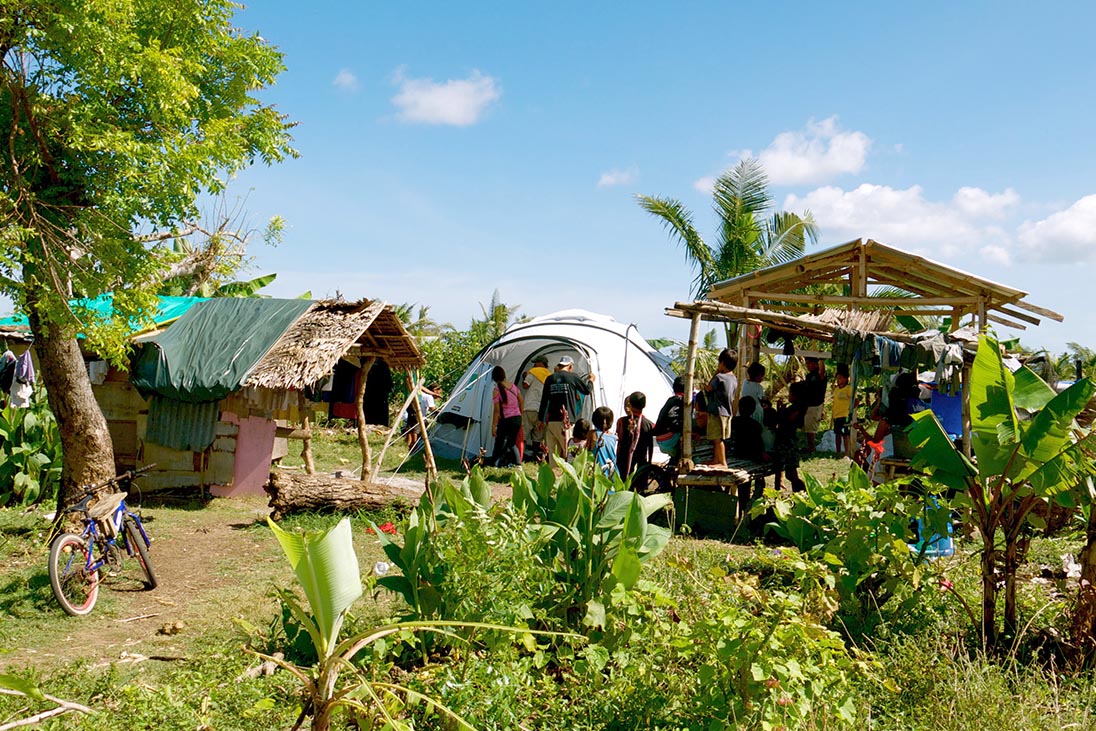 ShelterBox has responded more than 25 times in the Philippines. Typhoon Haiyan was one of the most powerful tropical cyclones of all time. A ShelterBox response team member shows a community impacted by the Nepal Earthquake how to erect their new shelter. You can explore more about ShelterBox’s journey and their most significant deployments on their website. You can also make donations to their ongoing work.

If you would like to take on a challenge in support of their ongoing work consider the 20 for 20 challenge, 20 miles for 20 years, which can be completed by individuals, as a group or even as a relay. The challenge is inspired by the Helston-Lizard Rotary club who are marking the anniversary with a cycle in aid of ShelterBox. Follow in their tyre tracks or simply find out  more here.