Rotary clubs in South Wales have responded to a global appeal to support those affected by last summer’s horrendous explosion in Lebanon.

August 4th, 2020 began no different to any other day for the struggling Port of Beirut.

Against a background of economic meltdown, government inertia and the added impediment of a pandemic, the underfunded facility was one of the few enterprises feeding export income into the stagnant economy of Lebanon.

When a fire broke out in Warehouse 12 a crew was dispatched to deal with what was initially thought to be a containable blaze.

It was only on arriving the crew discovered the warehouse held approximately 2,750 tonnes of confiscated ammonium nitrate alongside a stash of fireworks.

A member of the crew reported ‘something wrong’ as the fire was spreading too quickly and making a ‘crazy sound.’

Seconds later an explosion of fireworks with the force of a truckload of TNT tore through the walls of the warehouse and ignited the stored ammonium nitrate causing a second blast so powerful it was heard 240 kilometres (150 miles) across the Mediterranean in Cyprus.

Even in a city inured to the sounds of explosions and war, the scale of the blast was awesome.

Seconds later an explosion of fireworks with the force of a truckload of TNT tore through the walls of the warehouse and ignited the stored ammonium nitrate causing a second blast so powerful it was heard 240 kilometres (150 miles) across the Mediterranean in Cyprus.”

The all-encompassing concussion, immediately followed by a huge mushroom cloud caused many to initially fear a nuclear had fallen into the hands of extremists

Almost immediately, some 190 people were dead, 6,000 were injured and 300,000 of Beirut’s two million population were rendered homeless.

A massive international relief effort was launched and among those rising to the challenge were a number of Rotary clubs throughout South Wales alerted to the immediate needs of the population by Rotary Club of Beirut Cosmopolitan who decided to focus their efforts on a section of the devastated public hospital in the needy Karantina area of the city. 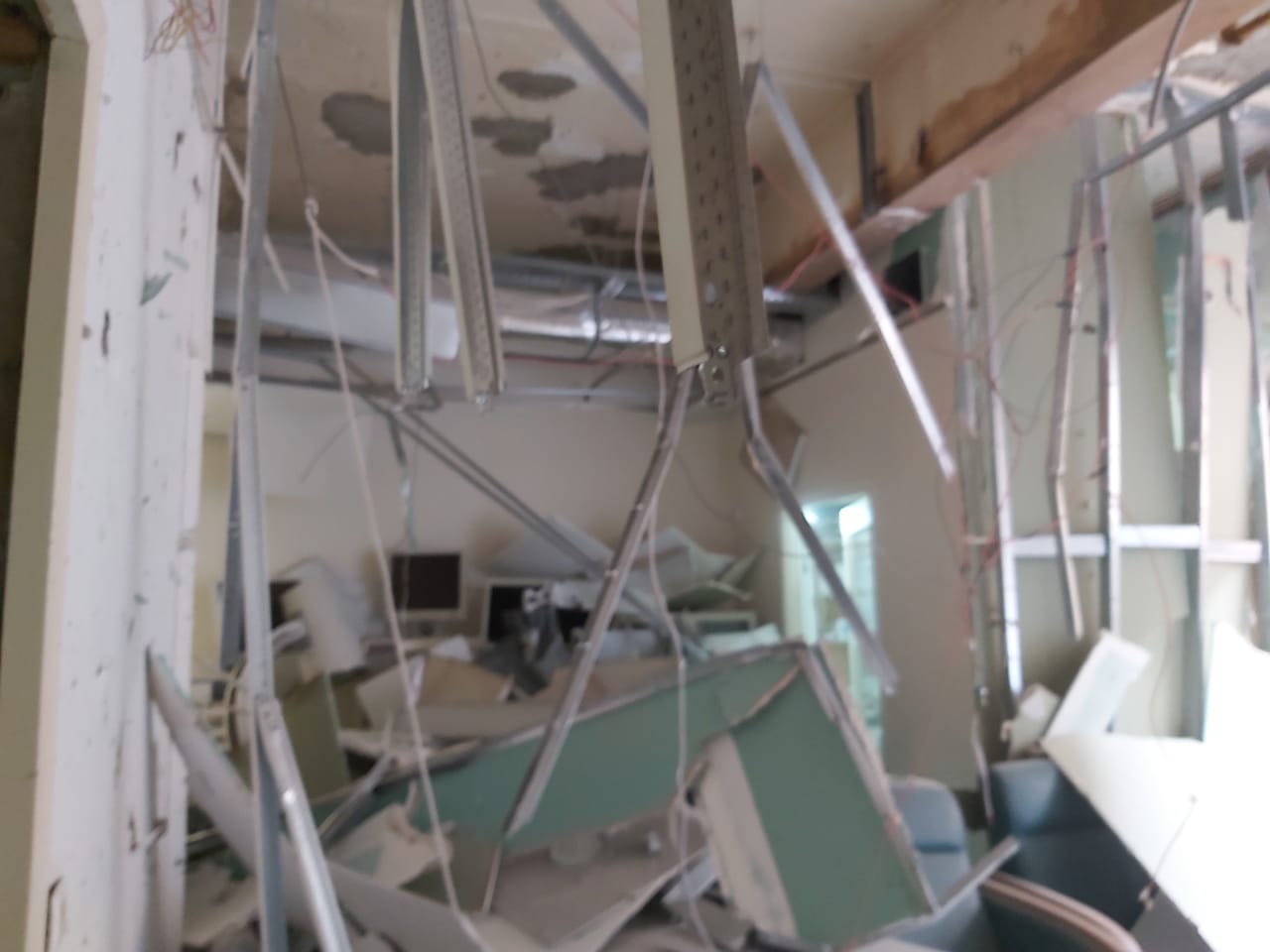 Karatina Hospital after the explosion

In a country with no established health care system, the hospital is the only source of help for the city’s poor.

The operating theatre for paediatric and neonatal patients was destroyed by the explosion along with most of the paediatric wing of the hospital.

President of RC Beirut Cosmopolitan, Habib Saba said: “We decided to focus our efforts on projects that had a longer term impact, noting that immediate relief items were already getting adequate attention. In that context our primary focus was providing the necessary medical equipment for a section of the paediatric wing of the hospital.

“There are many other needy projects in the wake of the August 4 explosion but these are the immediate priorities for us. These are tangible self-contained projects that we are currently discussing with our international and local partners to reach our target.”

Clubs in Bridgend, Pontypool and Barry are among those who have joined with Beirut Cosmopolitan in raising funds.

Pontypool President, Doug Warren stated: “The response not only by Pontypool but also by other Rotary clubs throughout South Wales and I am sure by other clubs within the worldwide Rotary family epitomizes the role of Rotary everywhere.

“It is difficult to understand and absorb the effect such a tragedy has had on families and life in general in Beirut.

“From its very beginnings Rotary has set out to provide a service above self, providing help and support to those in need.”

The world’s thoughts and our prayers are extended to the people of Beirut. It is hoped that Rotary’s contribution will help to rebuild life in the Lebanese capital, in particular provide the medical infrastructure so badly needed. 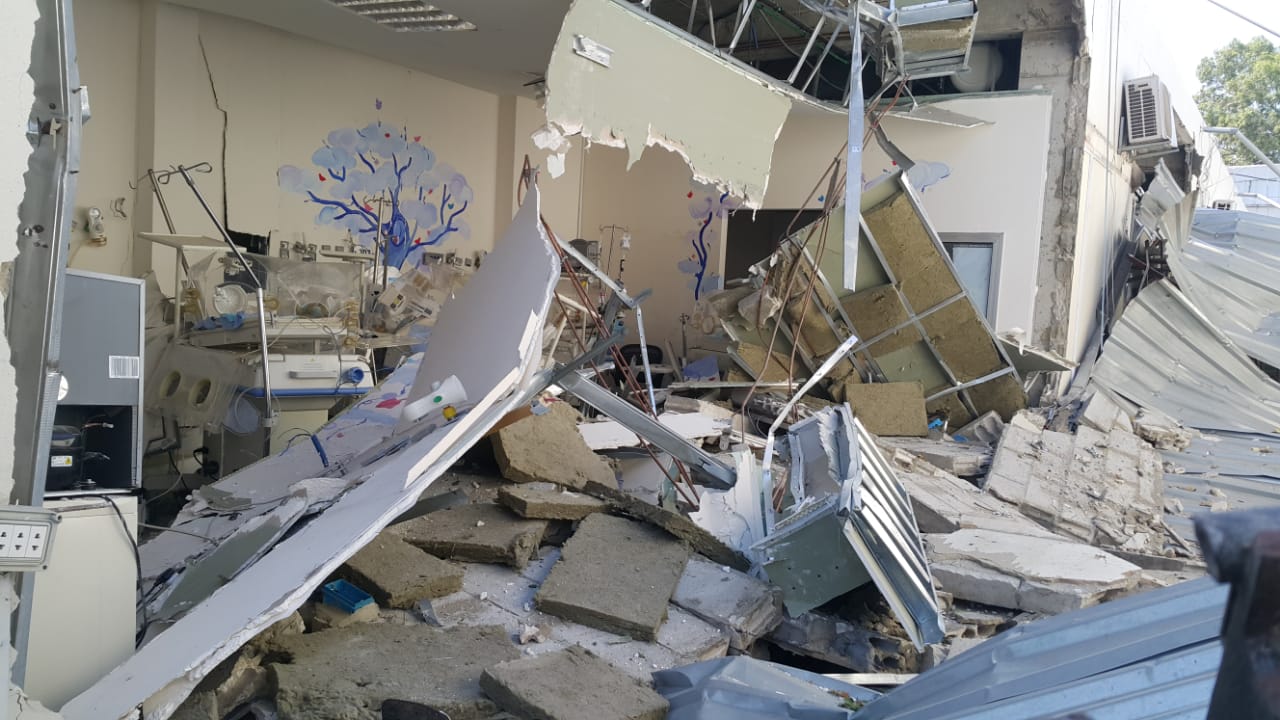 Habib said: “We are in the process of finalising the global grant application and hope to submit it by the end of this month.

“Naturally the contributions of Welsh clubs will be registered in the application along with the club name.

“As well as the restoration and replacement of paediatric equipment we have been concentrating on glass and window repairs, food distribution to families in affected areas and the establishment of a community centre to help the needy.

“The Coronavirus situation is pretty bad over here. We are in total lock-down.”

Any clubs or individuals who feel they could help RC Beirut Cosmopolitan can contact Habib at habibsaba@gmail.com.

The club is currently concentrating on the repair and replacement of medical supplies, PPE equipment, food, shelter, blankets and house items, cleaning up damage and debris and psychological trauma support.