From its beginnings as a 12-page periodical, The Rotarian has grown into an award-winning publication with a circulation of over 500,000, inspiring the creation of a host of Rotary regional magazines.

The first issue was published in January 1911 as The National Rotarian. It included news items from existing clubs, announcements of new clubs, and an essay by Paul P. Harris. Rotary’s founder discussed the purpose of Rotary clubs and pondered what the response would be if he asked every Rotarian, “What is the philosophy of Rotary as you understand it?”

The first regional magazine was published in Great Britain and Ireland in 1915.”

Harris, along with Secretary Chesley R. Perry, launched the publication to share information with a growing number of Rotarians. Perry was the magazine’s first editor and held the position until 1928.

The official formation of clubs in Canada and England prompted the magazine to change its name to The Rotarian, starting with the September 1912 issue.

Early on, the magazine focused on business ethics, character development, and membership growth. Throughout the years, well-known critics and authors, along with popular artists and photographers, contributed their work to its covers and pages.

In the 1940s, the magazine published many commentaries about the effects of war by prominent writers and leaders such as Sherwood Anderson, Winston Churchill, Thomas Mann, H.G. Wells, Mohandas K. Gandhi, George Bernard Shaw, Pearl S. Buck, and J. Edgar Hoover. A selection of these articles was reprinted in three booklets from 1942 to 1947. 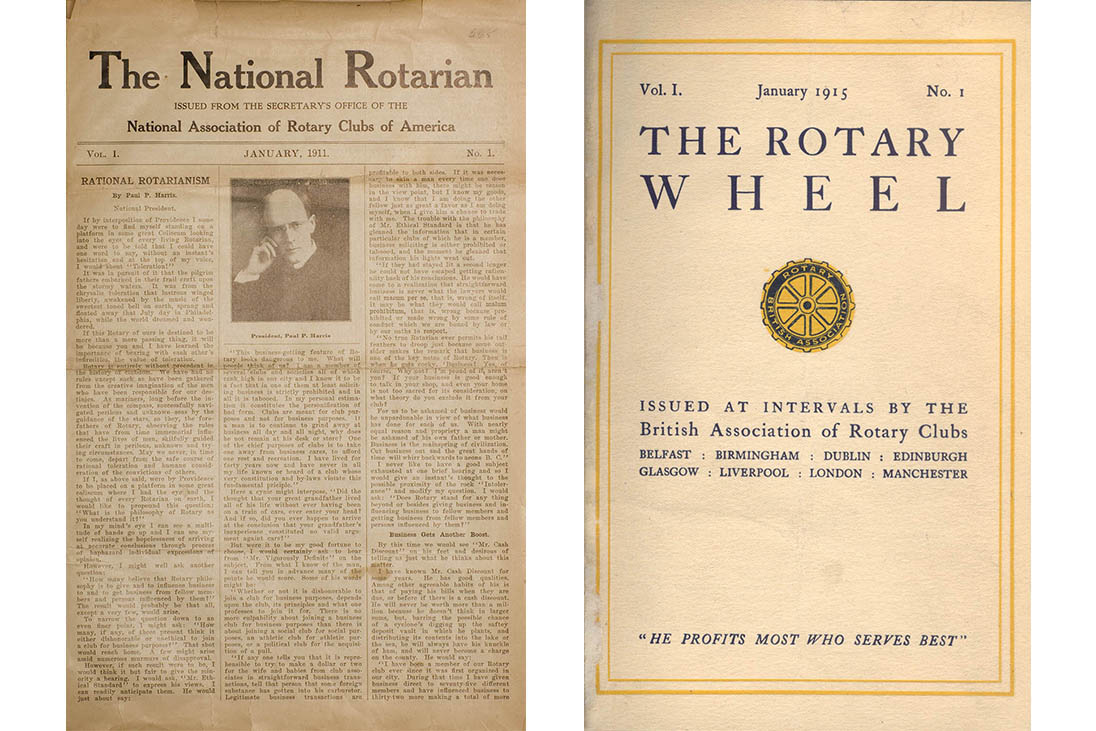 As Rotary clubs formed around the world, regional magazines appeared, each offering Rotary news from a local perspective. The first regional magazine was published in Great Britain and Ireland in 1915.

Browse and search past issues of The Rotarian.

This article was originally published by Rotary International and is reproduced with permission.

For only £5 for an annual subscription, you will receive six printed magazines.