A Chelmsford Community Radio programme has been reporting on the good Rotary clubs are doing in the area for nearly 8 years.

Over in Chelmsford, Essex, the efforts of the local Rotary clubs are well-known to the community thanks to a dedicated radio show.

Every month, Dave and Rob have a dedicated two hour segment where they summarise the activities Rotary clubs have been doing in the local area.

The show initially started as a programme covering just the Rotary clubs in Chelmsford but has since expanded to include clubs throughout Essex and East London.

Chelmsford Community Radio is based at Moulsham Mill where a small studio suite houses a team of approximately 50 presenters.

Chelmsford prides itself as the “birthplace of radio” as the first entertainment radio broadcasts in the UK were transmitted from Macaroni’s New Street Works factory in Chelmsford back in 1920.

You can listen to Dave and Rob’s Rotary Roundup at 10AM every third Sunday of each month by tuning into Chelmsford Community Radio on 104.4FM in the local area or streaming the show online.

Don’t forget that if you want more Rotary on your radio, Rotary Radio UK is an international station devoted to promoting Rotary events and causes across the globe. Find out more about the station here. 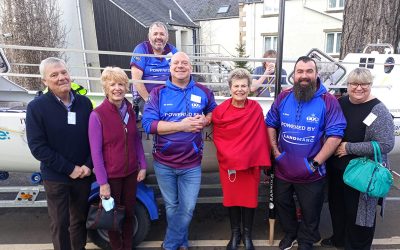 Rotarian Garreth Murrell finished the challenge of a lifetime by rowing across the Atlantic Ocean with his fellow army veterans. 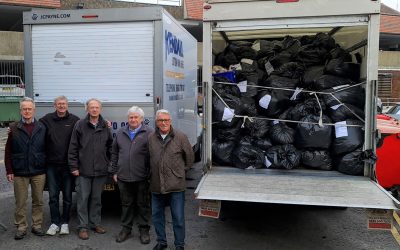 Rotary continues to support Ukrainians as winter sets in

From winter clothes to mobile phones, Rotary clubs in Great Britain and Ireland are delivering much-needed supplies to Ukrainians in need. 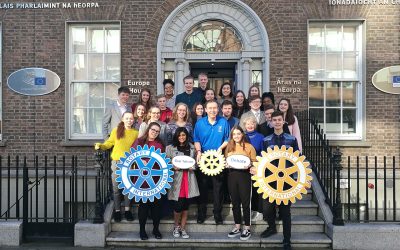 Rotary GB&I Chair of the Board, Garth Arnold, looks back to the start of his Rotary journey and previews the incoming changes that the Rotary GB&I Board are planning.

Rotary continues to support Ukrainians as winter sets in