From spring 2020, organ donation in England will move to an ‘opt-out’ system.

All adults in England will be considered as organ donors unless they have recorded a decision not to donate or are in one of the excluded groups.

Keira Ball was a loving and caring young girl who sadly passed away after a road traffic accident in Devon in the summer of 2017. She was just nine-years-old.

He said: “Keira was a wonderful sister. She had two older sisters as well as a younger brother and if they were ever squabbling over the last sweets she would always give her last ones away.

“She was the most thoughtful little girl.”

When the family were approached about organ donation Joe said, “It wasn’t something I had thought much about, especially for your children, but I felt it was the right thing for Keira.

“She had the kindest heart and was the most thoughtful person. I knew she would have wanted to help make other people better.”

Through her donation Keira was able to help four people, her kidneys went to adults, her liver went to a baby and her heart went to a young boy – Max Johnson from Winsford in Cheshire, who was nine at the time. 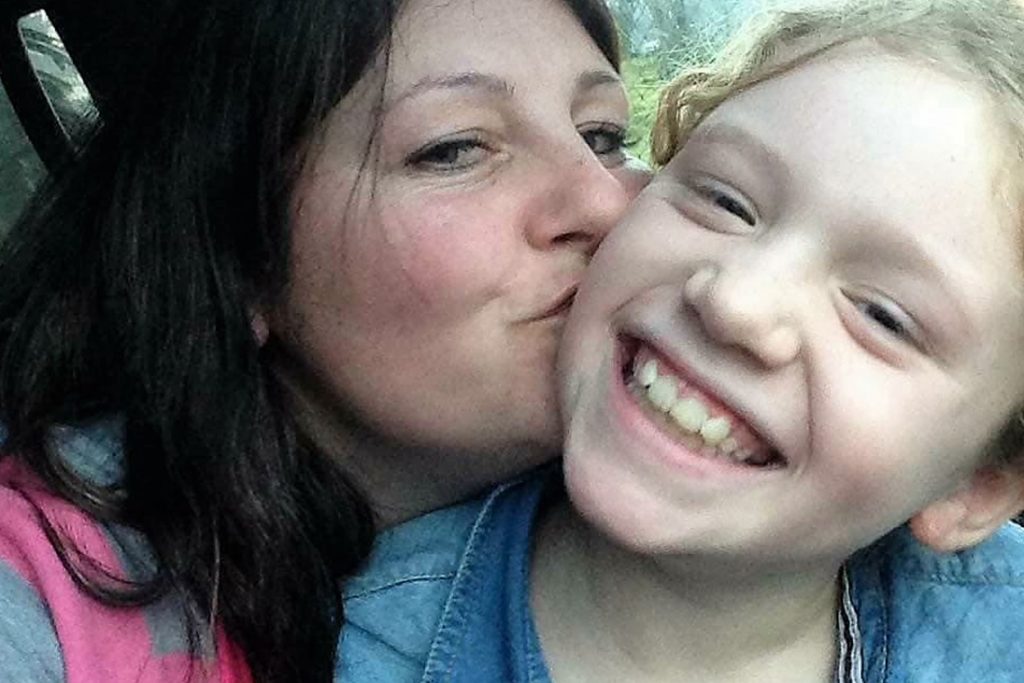 Keira’s mum, Loanna, kissing her daughter on the cheek.

Joe and his wife Loanna received a thank you letter from Max and exchanged cards before meeting him and his family in the summer of 2018.

Joe added: “Meeting Max and his family bought us some comfort and it was really helpful to see how powerful organ donation is.

“Keira lives on in Max and the other people she helped, and we are super proud of her.”

Keira’s parents, Joe and Loanna, have now set up a charity ‘Inspired by Keira’.

Loanna added: “If a family loses a child in a tragic accident then we are here to support those who the angel has left behind. We also promote and fully support organ donation, we never know who it could be in need of an organ one day.”

He was on the waiting list for eight months after being diagnosed with dilated cardiomyopathy – a disease of the heart muscle. Following the diagnosis, Max’s parents were devastated.

Dad Paul recalled: “It was absolutely awful being told Max would need a heart transplant.

“The wait was agonising; as a parent, you are desperately looking for reassurance from the medics but with organ donation, it’s the one thing they can’t give you.”

Throughout his wait, Max decided to share his story and support a campaign in favour of an opt-out system for organ donation.

Dad Paul added: “Max met several children whose wait for a transplant was sadly too long. He wanted to help and be part of something that could stop it happening.” 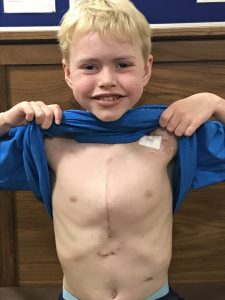 Max showing his scar from the life-saving surgery.

Max’s gift of life came from a young girl, Keira Ball, who passed away aged 9-years-old.

Her parents made the selfless decision to help others through their own tragedy.

Max’s mum Emma describes how the family felt when it was confirmed that a transplant for Max had been found.

“When the call came to say there was a heart available for Max we were so happy but also so devastated for the donor’s family.

“The gift Keira gave will be remembered by our family forever.”

As Max recovered he continued to campaign. He became a key voice in raising awareness of the need for more families to consent to organ donation.

Max Johnson and his family campaigned in favour of an opt-out system for organ donation.

In 2018 the Government announced that the law would be changing and would be commonly referred to as Max’s Law, in recognition of all the campaigning Max and his family have done.

Max announced he wanted Keira’s name to be added. The Bill received royal assent on March 15th, 2019, and ‘Max and Keira’s Law will be enacted in England in Spring 2020.

The law is changing

From spring 2020, organ donation in England will move to an 'opt-out' system. 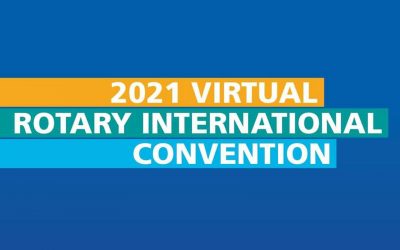 With the global pandemic putting paid to the planned Rotary International convention in Taipei this summer, organisers are turning online. 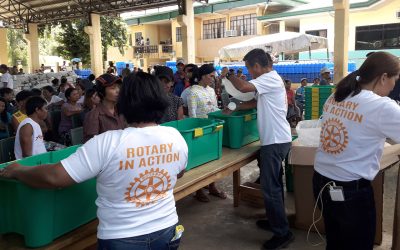 Rotary International are proud to be the first recipients of ShelterBox’s Global Humanitarian Service Award. 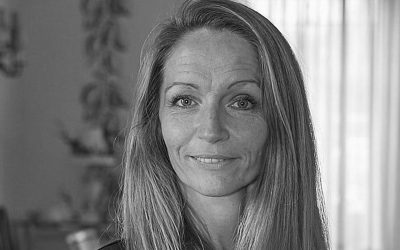 Rotarian Nahla Summers has just set out on an epic physical challenge, aiming to pass through every city in Great Britain and Ireland in the coming months – covering more than 5,000 miles.