Nayan Patel of Westminster West Rotary has been appointed to the Board of Trustees at Lepra.

Lepra, UK-based charity with Her Majesty The Queen as Patron, works to eradicate leprosy overseas.

Although leprosy is less-commonly spoken of, it still exists in 14 countries.

Nayan is determined to demonstrate what Rotary is about, and actively encourages conversations within and across cultures to build relationships.

By promoting Rotary’s six areas of focus, he is contributing to create a better world.

“I look forward to working with the board of Lepra and my fellow Rotarians in this global fight to eradicate leprosy just as we are doing for a polio-free world,” said Patel.

He also volunteers on the Advisory Board of the Rotary India Literacy Mission alongside other Rotary leaders, who are all committed to supporting education.

He was recently recognised for his hard work and contributions to Rotary and other considerable charitable work with the highest honour, Service Above Self Award, by Rotary International President-elect Mark Maloney. 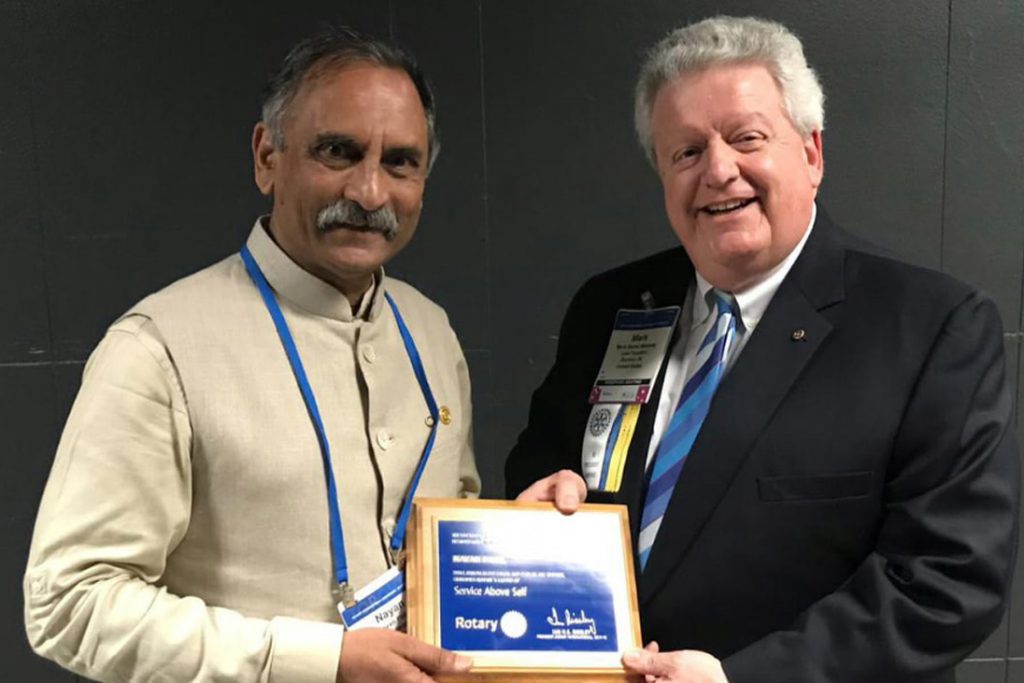 Tralee Today said that over 3,000 bikes have been refurbished and distributed to African schools.

Many children were walking long distances to reach schools, and often leaving in the early hours of the morning to ensure they are on time.

Tralee Rugby Club is opening its doors to bike donations on February 23 2019 between 11am and 6pm.

Down Syndrome Kerry branch recently formed a collaboration with the club.

The shop will also be welcoming donations for the Rotary cause on the 23rd of February.

Rachel Fitzgerald spoke on behalf of Down Syndrome Ireland, “I’d like to thank Tralee Rotary Club for bringing us on board with this project.”

Pershore Rotary welcomed students from a local high-school to enter the local level of Young Photographer.

Worcester News said twenty-five students snapped up the opportunity of entering the theme ‘Beauty of Nature’.

Alastair Cornock took first place senior, with a close-up on some insects.

The winning portfolios have now been moved to the next stage of the competition.

The judges expressed the rise in standard of the work on this year’s entries.

A Rotary spokesman said, “Rotary’s national youth competitions have an enormous impact in our communities.

“They are providing young people with the opportunity to develop their skills, the platform to showcase their exceptional talents and the chance to win some amazing prizes.”

Ann Taylor, member of the Crowthorne & Sandhurst Rotary, attended the evening and said, “I was lucky enough to attend!

“I had so much fun! I had two servings of haggis!

“The event was very well organized, ran smoothly and I won the prize of afternoon tea! Very pleased!”