Q: What’s your situation there now?

Stebljanko: I’m now living in Odesa. It’s the third most populist city on the southwest of Ukraine, an important port city on the Black Sea coast. Currently, there’s no military action here yet, but we live under the constant threat of bombs and missiles. Often, air raid sirens will wake us up in the middle of the night. We have to get up and hide in a safe place. You know, in my apartment, the safest place is the bathroom. We huddle together and spend the rest of the night there. Occasionally, we experienced a few rocket attacks, but most of the time, it’s a safe place.

We don’t want to leave our country again. We are Ukrainians and we would like to stay in Ukraine.”

Most of the military actions now centre around Kyiv, the capital of Ukraine, and Kharkiv. More than a dozen smaller cities are also under attack. The city of Mariupol in the Southeast of Ukraine is under siege. More than 2,500 civilians have died there and close to 400,000 people are trapped in the city. The Russian army stopped anyone from escaping. Many are without electricity, water, and heat.

Q: What is happening with Rotary clubs in Ukraine?

Stebljanko: There are 62 Rotary clubs in Ukraine. At the moment, only the Rotary Club of Kherson has temporarily suspended meetings because the city is now under the control of the Russian military. I recently spoke with a Rotarian there. None of them are able to escape and are trapped inside the city. They no longer meet or do any projects for fear of personal safety. Our district governor sent a letter of support to all the Rotarians in Kherson.

Other Rotary clubs continue to operate and are trying their best to conduct Rotary services. We have created a special committee to coordinate help. Each club has a representative on the committee and we meet online twice a day to discuss issues that are facing our clubs. 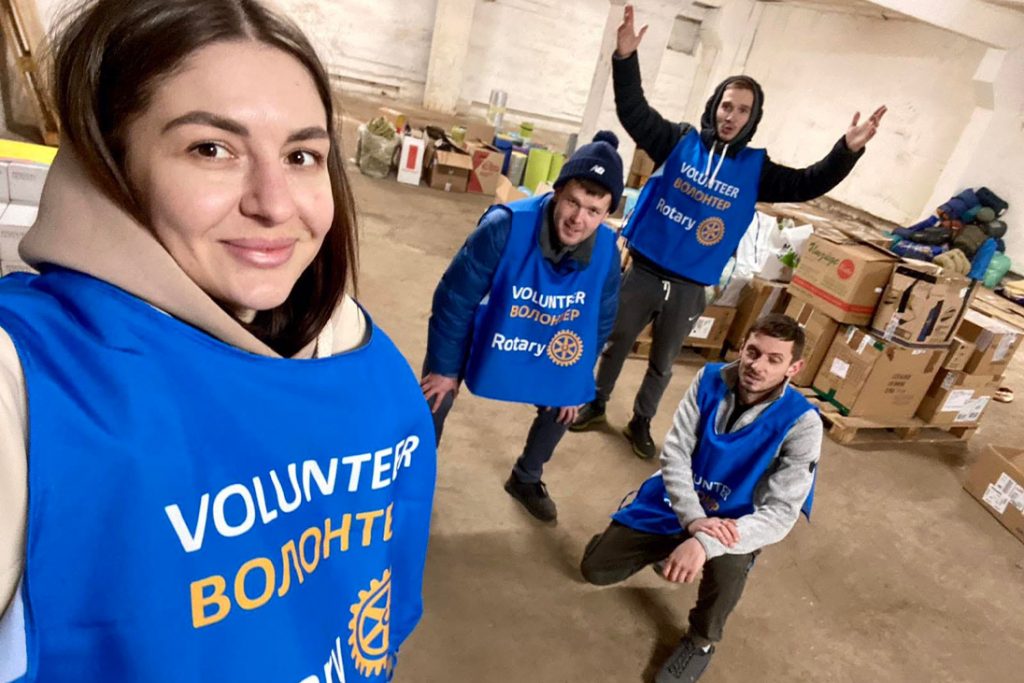 Rotary clubs across Ukraine are trying their best to continue Rotary services.

Q: What kind of relief projects are Ukraine clubs doing?

Stebljanko: Our Rotary services fall into the following three areas: 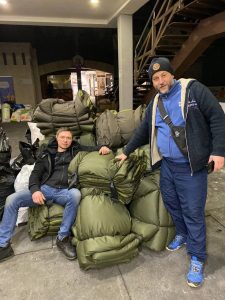 Rotarians in Kharkiv – a city that has faced repeated airstrikes and shelling during the conflict.

Q: Why don’t you leave Ukraine?

Stebljanko: I’m already a refugee. I lived in Simferopol, the capital of Crimea for 40 years. But in 2015, I had to leave my native city because of the Russian annexation of Crimea. So, my wife, Olga and I moved to Odesa. We felt our move to Ukraine would keep us safe. When people asked us why we do not want to leave Odesa and go outside Ukraine, I always answer: we were forced to leave our motherland once in 2015. We don’t want to leave our country again. We are Ukrainians and we would like to stay in Ukraine.

Q: What’s your message to the Rotary clubs around the world?

Stebljanko: On behalf of Rotarians in Ukraine, I would like to say a big thank you to all our Rotary fellows who have helped us in Ukraine. It means a lot to us during this difficult time in our country’s history. At the same time, I would like to appeal to Rotary people to lobby their governments and push for peace. We are grateful for our friends around the world who are helping us.

Read more from Mykola and life in Ukraine in the April issue of Rotary magazine. 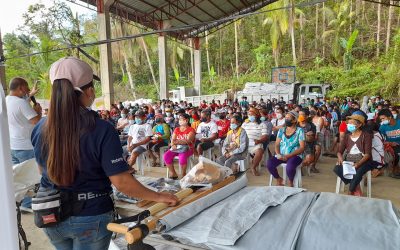