Ade Adepitan is a familiar face on television screens, and a leading polio campaigner. But now he has turned his hand to writing children’s books, and the Londoner is donating proceeds from his latest novel to BBC Children in Need.

Ade was among the hosts for the five-hour telethon which raised £47.9 million on the night.

The stars from Strictly Come Dancing, Star Wars, Doctor Who and EastEnders, along with England footballers and the pop group Westlife, featured for the charity fund-raiser.

The evening also featured a series of short films about some of the 3,000 local projects which Children in Need supports.

We supported Ade when he was younger and now he’s supporting us by donating the first year’s profits from his new book to BBC Children in Need! THANK YOU @AdeAdepitan!

Grab your copy of ‘Cyborg Cat and the Night Spider’ now! 🙌 pic.twitter.com/HaLdwTsszm

Ade, who has become one of the frontmen for Rotary’s polio campaign, is grateful to BBC Children in Need since the charity helped to fund his first sports wheelchair.

As a result, he is donating the first year proceeds from his children’s book, Cyborg Cat and the Night Spider to BBC Children in Need.

It’s the second book in the series, and follows publication of Ade’s first Cyborg Cat book in May – ‘Cyborg Cat – Rise of the Parsons Road Gang’. A third book is due out in the Spring.

I’ve been so busy this month that I almost forgot to post this cool film bbc London made a couple of weeks ago. 🙏🏾 Some amazing footage in this including clips of me playing basketball when I was about 14 (without dreads! 😲) However this is all about the incredible work of a charity that changed my life, and with your help will continue to improve the lives of many kids who use wheelchairs all over the UK! They’re called @gokidsgo ❤️ and they’re absolutely #amazing #bbccin 🔥🔥

Ade said: “I feel very privileged to have worked with BBC Children in Need in the past and even more so now to be able to work with them on my new book.

“I hope Cyborg Cat and the Night Spider will get children all over the UK reading, and inspire them to search for their inner superhero!”

Piccadilly Press and Ade will be donating all profits from the first year sale of the book to the charity, with a guaranteed donation of at least £15,000.

BBC Children in Need Chief Executive, Simon Antrobus, said: “We’re incredibly grateful to Ade. The donations raised will go to make a positive, lasting difference to disadvantaged children and young people in communities across the UK.”

I feel very privileged to have worked with BBC Children in Need in the past and even more so now to be able to work with them on my new book.”

The series of books are inspired by Ade’s school days in East London and celebrates both friendship and overcoming adversity, with a superhero twist.

Wheelchair basketball star Ade, who won a Paralympic bronze medal with the Great Britain team in 2004, added: “I’ve decided to donate all the first year’s profits from Cyborg Cat & the Night Spider to BBC Children in Need because it is a charity which is really close to my heart.

“They helped me when I was a kid and supported me by putting money towards my first sports wheelchair, and that made such a big difference in my life.

“So, this is my way of giving back, and this is your opportunity to change kids’ lives all over the UK.” 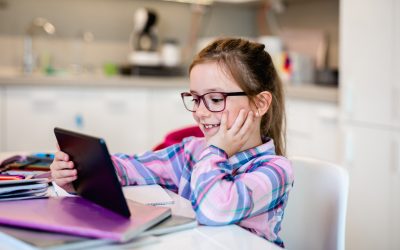