Defiant about disabled sport in Eastbourne

Defiant about disabled sport in Eastbourne

One mother’s crusade to provide better sporting facilities for disabled people in a seaside town is beginning to reap benefits.

The Eastbourne-based Sovereign Harbour Rotary has been working with community groups in East Sussex to support disabled sport.

A host of local organisations teamed up to help Defiant Sports raise money for equipment that will be used to run sports clubs and events for disabled people in the local community.

Defiant Sports was set up by mum Loretta Lock to support her son Callum, who is affected by autism, cerebral palsy and impaired vision.

Our partnership with the Rotary Club of Sovereign Harbour is sure to spread word of Defiant Sports in the community and help us expand our links with both local charities, organisations and people.”

“Callum just wanted to play tennis,” recalled Loretta. “A simple request, you would think, but where?

“I watched by son struggle with the limited opportunities he was offered, unable to fit in. I thought sport wasn’t for him. He was lacking in self-esteem, feeling isolated and unhappy.”

Eventually, Loretta found a place offering tennis for the visually-impaired, where Callum excelled.

“This was an environment where Callum could play with others who also had a barrier to participation,” added Loretta.

“His self-esteem soared, he became happy and confident and he even started talking to people. Tennis was life-changing.”

Now, through Defiant Sports which Loretta set up, the organisation is offering visually-impaired tennis in Eastbourne along with other activities for those with disabilities.

Eastbourne MP, Stephen Lloyd, said he was pleased to support the organisation: “I am a big fan of Defiant Sports and admire hugely their worthwhile ethos that anyone feels better by doing some sort of sport or exercise, no matter the disability or the illness. Top charity. Top community engagement.”

Loretta Lock said she was grateful for the support from the Sovereign Harbour Rotary. “Branching out within the community is paramount for our ability to provide and listen to the wants and needs of those local,” she added.

“Our partnership with the Rotary Club of Sovereign Harbour is sure to spread word of Defiant Sports in the community and help us expand our links with both local charities, organisations and people.”

Alongside Defiant Sports, the Sovereign Harbour Rotary has also been supporting the Eastbourne Blind Society since 2015 with their Friday sound tennis sessions sponsored by them since 2015. 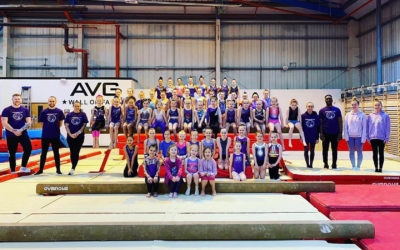 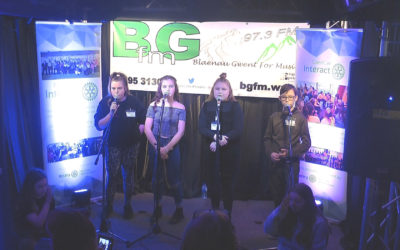