Kunle Adeyanju, a Rotarian from Lagos in Nigeria, has taken a fascinating trip from London to Lagos on his motorbike to raise awareness for the Rotary campaign End Polio Now.

Kunle travelled through the desert, freezing cold, forest landscapes, and some of the most remote parts of the earth to raise funds for Rotary’s efforts to eradicate polio.

The determined Rotarian spoke of the experiences that he has had, travelling the world, climbing mountains, skydiving and much more and how they started the idea for his recent trip.

Everywhere you go there is always something to learn and discover.”

He said: “I already have some rugged adventures under my belt, including climbing Mount Kilimanjaro twice in 2008 and 2009 to raise funds for HIV AIDS orphans in Africa.

“I’ve also jet skied the Indian Ocean, skydived, bungee jumped and rode a bicycle from Lagos Nigeria to Ghana and back.

“I took on the latter because I wanted something that would challenge me and stretch my limit. When I completed that one, I realized I needed an even tougher challenge, and the idea for #londontolagos was born.”

The COVID-19 pandemic paused Kunle’s efforts, but in 2021, the planning began.

Polio eradication holds a special meaning to Kunle as his best friend suffered from the virus.

Kunle explained: “He couldn’t join us in many of the things that kids usually do because of the limitations he suffered from the disease.

“I watched the pain he endured, and how it limited him his entire life.

“Sadly, he passed away two years ago. At that time, I resolved that I would use this ride to create awareness and raise funds for Rotary’s End Polio Now campaign.”

Kunle gave more detail about the logistics of his journey, which took 12,100 kilometres or 7,500 miles.

Kunle travelled through the desert, freezing cold, forest landscapes, and some of the most remote parts of the earth to raise funds for Rotary’s efforts to eradicate polio.”

He said: “I rode 3,100 kilometres (1,900 miles) from London to Algeciras, Spain, and after a ferry ride across the Strait of Gibraltar, about 9,000 kilometres (5,600 miles) across Africa, from the northern coast to west Africa, passing through cities, towns, hamlets, and lonely and isolated stretches.

“This gave me the opportunity to experience Africa in a unique way, witnessing first-hand the hospitality, generosity, friendliness, warmth, and diversity of the African people. Everywhere you go there is always something to learn and discover.”

There is already another big project which involves spending the next two years planning a ride from Lagos to Israel, then from Israel to the Tibetan plain. He also plans to summit Mount Everest! 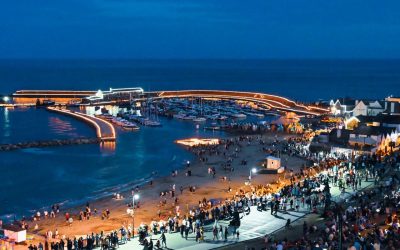 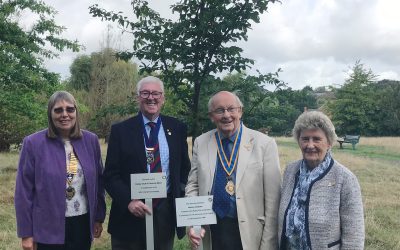