Leatherhead Rotary has raised thousands of pounds for charities following two major events – one musical and the other sporting.

A big band concert in Surrey has helped to raise around £7,000 for charity.

The headline act was the amazing BPO Big Band, an offshoot of the British Philharmonic Orchestra, who entertained everyone with a wide range of swinging numbers from the giants of the big band era, such as Glenn Miller, Count Basie, Duke Ellington, Stan Kenton and Buddy Rich.

The band features some of the leading players on the UK jazz scene and is led by trombonist Andy Crompton, a huge supporter of Prostate Cancer UK, having been diagnosed with the disease in 2014.

Supporting the band was Frank Sinatra tribute act Frank Cognoscenti, who thrilled the audience with his fantastic renditions of Sinatra classics such as ‘Come Fly With Me’ and ‘The Lady Is A Tramp’, before having everyone on their feet at the end of the show, with a rousing finale of ‘New York, New York’!

Special guests at the event included Councillor Mary Huggins, Chairman of Mole Valley District Council, and a bucket collection at the end of the evening helped to raise thousands of pounds for Prostate Cancer UK and the Motor Neurone Disease Association, the Rotary Club’s current charity for the year.

Leatherhead Rotary member, Gary Zabel, who organised the concert, said he was delighted with how well the event had gone. “We could have probably have sold another 50 or more tickets if we had room,” he said. 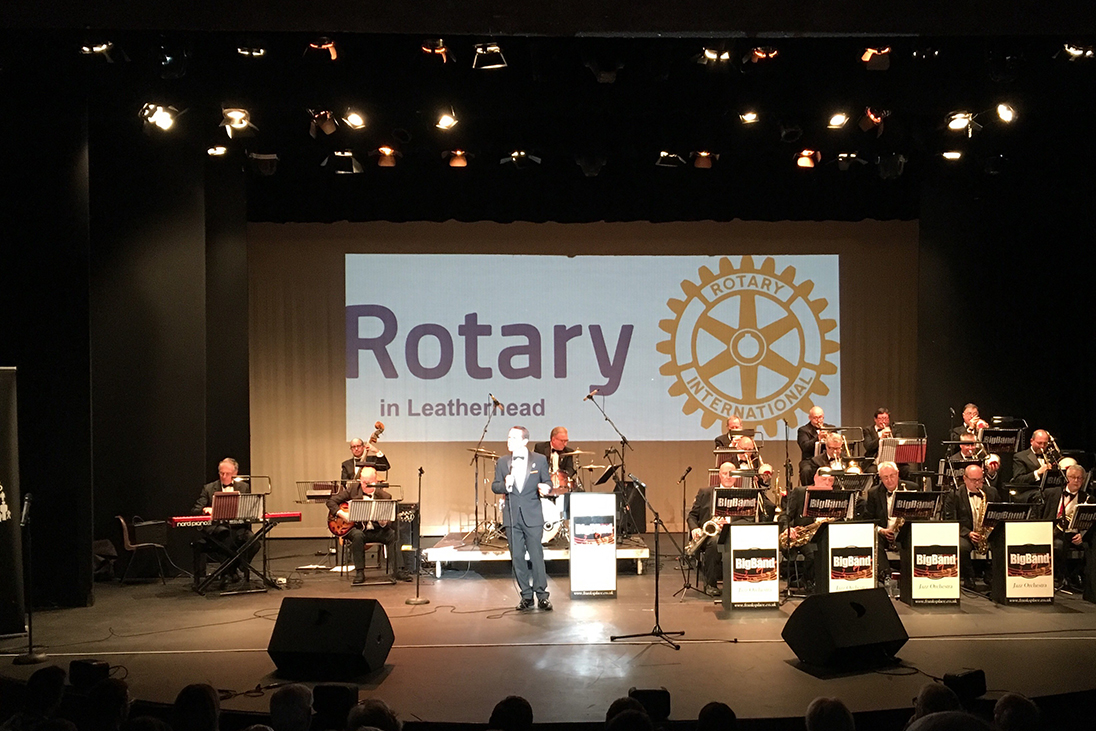 First across the finish line was Andrew Wareham in a time of 36 minutes and 19 seconds, and Kim Lo won the women’s race in 42 minutes and 52 seconds.

A special award was also made to 12-year-old Cameron Jacobs, the youngest runner taking part, who finished in 35th place overall in a very impressive time of 48 minutes and 46 seconds!

It is hoped that the event will also have raised over £2,500 for the East Surrey Branch of the Motor Neurone Disease Association, the Rotary Club’s current ‘charity of the year’.

Many runners raised additional money for their own chosen charities through personal sponsorship.

There are so many opportunities to get involved with.