Alfie Dean, 14, from Torquay who set up The Babbacombe Pantry outside his home to offer the elderly and vulnerable the chance to collect essential items during the pandemic has won a Rotary Young Citizen Award 2021.

Alfie bought items such as milk, bread and tins of food displaying them on a shelf he took from his bedroom and placed outside his home so that elderly people could pick up essential supplies without putting their health at risk from COVID-19 by going to the shops. 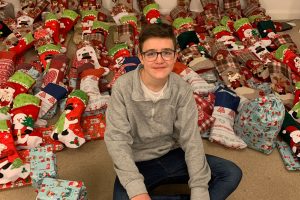 Alfie asked people using the service to “take what you need, leave what you don’t, donate what you can”. He also set up a GoFundMe page to help keep the pantry well-stocked and asked for donations of non-perishable goods.

Torquay Rotary were so inspired by Alfie that they nominated him for a Rotary Young Citizen Award 2021.

The Pantry was something that was relied on by so many people and when we started delivering food parcels as well, I noticed that people of all ages were using it.”

Alfie also thought of his peers and low-income families and was concerned many may not have much at Christmas. So, the teenager, who had to move out of his home into temporary accommodation due to flooding at the time of his 14th birthday, launched a Christmas appeal collecting gifts and raising funds to provide 400 Christmas stockings to distribute to local families in need.

Thinking of others again, Alfie wrote a strong letter to local MP Kevin Foster who had rejected voting for free school meals for children in the Christmas holidays.

Before Christmas, he did a trolley dash between Torquay and Brixham, a distance of about 7 miles, wearing a Santa suit. Many trollies of food later he handed it all over to a Charity called “Punk against Poverty” who distribute to those in need.

He rebranded his campaign as ‘Alfie in Babbacombe’ continuing to help others including organising an Easter Egg Hunt this year, and also in 2020, asking for donations of Easter Eggs and delivering more than 200 of them, mainly to children, in both years.

Alfie will receive a trophy, certificate and £300 to go towards his chosen project or charity from Rotary International in Great Britain and Ireland.  He was presented with his Award at a Virtual Rotary Young Citizen Awards Ceremony hosted by BBC TV Presenter Ellie Crisell. 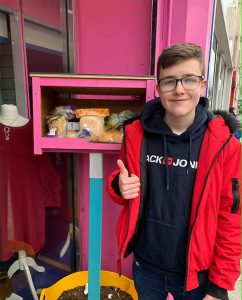 Alfie said: “It’s such an honour to have been selected for this award, especially with so many other amazing people being nominated. One never sets out to help others with the intention of receiving praise for doing so, but to know that my work has had a positive impact in the community is a wonderful achievement!”

The President of Rotary International in Great Britain and Ireland Tom Griffin said: “A lovely story of how by a simple act, a young person could stimulate people into acts of generosity, and to enable those badly affected by the lockdown to get the basic necessities of life. What’s more, Alfie kept up his activities despite his own home being flooded. That shows commitment and determination.”

A lovely story of how by a simple act, a young person could stimulate people into acts of generosity.”

Lorna Milnes from Torquay Rotary said: “We are very pleased that Alfie has been recognised for his sustained efforts in helping others during the pandemic.

We acknowledge and praise his thoughts and deeds in helping the elderly, those at risk, underprivileged children, and families.

Even when he was personally affected by the flooding of his home and having to go into temporary accommodation, it did not detract from Alfie’s compassion, organisational skills and leadership qualities in helping others in need.

We feel that Alfie demonstrated exemplary personal qualities that improved many people’s lives and for this he deserves recognition for his thoughts and actions.” 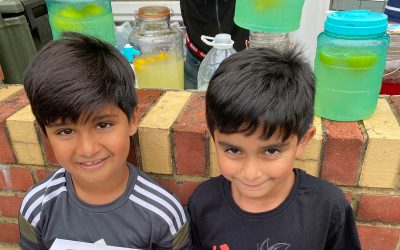 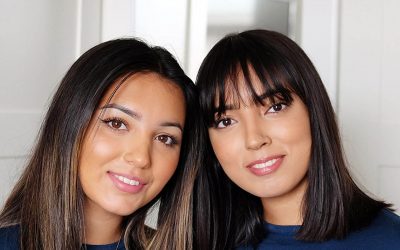 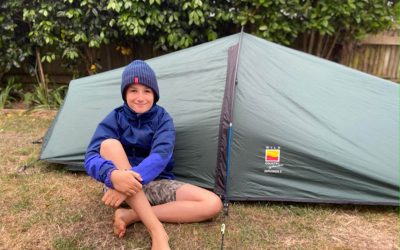