The question was an obvious one, but it had to be asked: when do you realistically foresee a world free of polio? 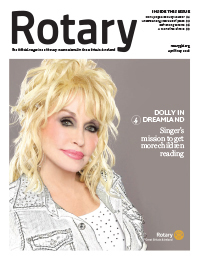 Michel Zaffran, sitting in his office at the World Health Organization in Geneva, smiled. It was a question he had been asked many times before, and one he knew was coming.

“I believe we can achieve a world free of the wild polio virus by the middle of 2018, over this next low transmission season,” he replied.

“Absolutely we will see a world without polio. It is not going to be easy, but we will very likely interrupt circulation of the wild polio virus soon.”

Michel is director of polio eradication for the World Health Organisation (WHO) and coincidentally a Rotarian – a member of the Rotary Club of Gex-Divonne, just over the Alpine border in France – who will be speaking at Rotary’s Conference in Torquay later this month.

These next few months, up until May, are make or break to finally stop polio in its tracks. From October to May, temperatures are low in countries regarded as polio hotspots. The virus remains less active, so this is the window of opportunity for experts to get ahead of the game.

If, and it still is a big if, there are no fresh outbreaks and the virus is quarantined, then there will be three years of intense global surveillance without a single case before the fireworks can begin.

“So let’s say we interrupt transmission in the next few months, it will be 2021 when we will be able to certify eradication of the wild polio virus,” explained Michel. “And within one year of that certification, we will withdraw the oral polio vaccine to stop any possible cause of polio vaccine-derived virus.”

Those hotspots are Pakistan and Afghanistan which had 22 polio paralysis cases caused by the wild polio virus in 2017 – eight in Pakistan and 14 in Afghanistan. The big unknown is Nigeria, where the Boko Haram group has rendered the north-eastern state of Borno virtually unpassable.

I believe we can achieve a world free of the wild polio virus by the middle of 2018, over this next low transmission season.”

In 2016, after two years without polio, four cases were reported from this region, which was a big set-back. Last year, there were no fresh cases in Nigeria, however, according to Michel, access to Borno to carry out vaccinations remains limited. “Therefore, we cannot guarantee that the virus is not circulating there,” he added.

And that’s not the end of it. Containing the polio virus is like trying to herd cats, particularly in war-ravaged and remote parts of the world. Besides the wild polio virus, WHO has been tackling two outbreaks of vaccine-derived polio virus in Syria and the Democratic Republic of Congo.

These were caused by a vaccine which was used before April 2016 which WHO later withdrew.

“From a biological perspective, this is a different animal,” explained Michel. “But from an impact perspective, the children still get paralytic polio.

“The reason these two outbreaks have started is because the routine immunisation coverage was very poor, there were very few children immunised, and the access to these areas was limited.”

Even so, Michel remains confident that absolute zero can be reached. Despite the war in Afghanistan, WHO has an extremely good surveillance system to detect the virus when it is circulating and with good negotiation the immunisation programme goes ahead.

“With Afghanistan and Pakistan, I am confident we will be able to entrap transmission,” said Michel.

“In Nigeria we are doing everything we can to access these children, but it may be we are unable to confirm that area is polio-free, although we won’t see any new polio cases. That would be a big question mark, and much depends on the war between the government and Boko Haram.”

Already there is a plan for a world without polio. One year after eradication, WHO will withdraw all oral polio vaccine, which is made of an attenuated form of the virus.  “We may, for a time, see some cases of vaccine-derived polio virus paralysis but very quickly we will no longer see paralysis cases,” warned Michel.

With Afghanistan and Pakistan, I am confident we will be able to entrap transmission.”

There remain 90 facilities in 30 countries which are working with the virus for research purposes and to manufacture vaccines, and there will need to be tighter controls here by reducing the number of such facilities. Those that continue to use the virus for research or vaccine production will need to comply with very strict containment regulations.

Rotary has been fundamental towards this push from the launch of Polio Plus in 1985, and then the World Health Assembly three years later when governments from around the world committed to eradicate polio.

Michel said that the WHO is aware of how fundamental Rotary has been in the fight by raising resources and mobilising volunteers. But it has been a partnership involving Rotary, WHO, the Bill & Melinda Gates Foundation, UNICEF and the Centers for Disease Control and Prevention. No one organisation could have taken on this fight and won.

“What we need to explain to everyone is to be patient. We are nearly there, but we also need to understand what we could lose if we do not finish the job now.”

For Michel, the day of a polio-free world can’t come a day sooner. “I will be so glad and so happy, because of the efforts which have gone into eradicating the disease, the millions of people that have engaged from all levels to achieve this eradication.

“I will be happy for the children who are going to be born after eradication who will never see this disease and never risk being paralysed by this disease.” 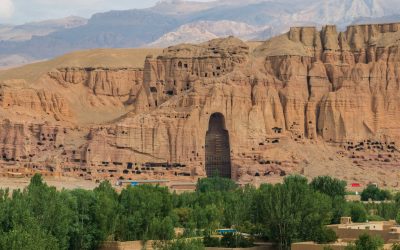 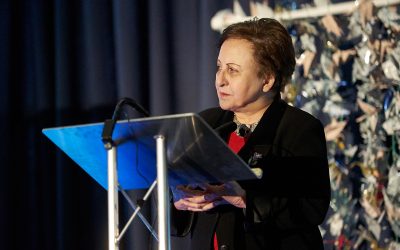 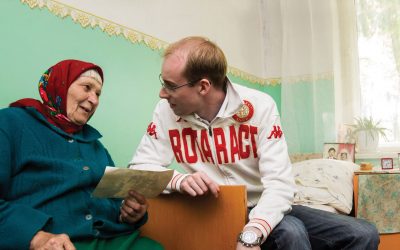