Two out of every three people in the world cannot access safe, affordable surgery when they need it. Mercy Ships uses hospital ships to transform lives and serve nations.

Lea Milligan knows how life-critical it is to have health treatment readily available.

Four years ago, his wife was in labour at the Lister Hospital in Stevenage, when the midwife revealed they couldn’t detect the baby’s heartbeat. His wife was rushed into theatre and, 10 minutes later, his son was born.

“I remember as they closed the doors to the operating theatre, my whole life stopped,” recalled Lea. “All I could say was ‘Lord, help me, there is nothing that I can do’.”

The irony is not lost on the Executive Director of Mercy Ships UK, who points out that every year, 17 million people die because of a lack of access to surgery.

That’s more deaths than HIV, tuberculosis and malaria put together. Lea said: “17 million people this year will see their whole world stop and say ‘Lord, help me, there is nothing I can do’.” 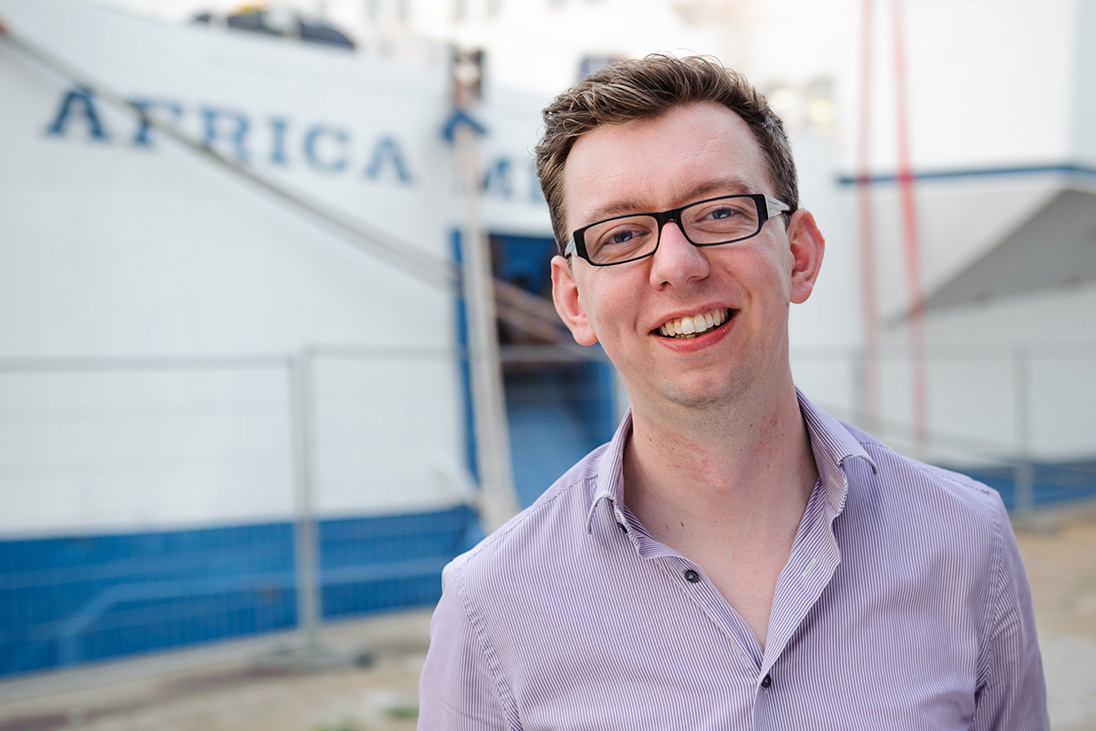 Lea Milligan has been Executive Director at Mercy Ships UK since July 2016.

Access to healthcare is something which we take for granted, but for five billion people around the world, particularly in Africa, that access doesn’t exist.

Since 1978, Mercy Ships has visited 56 countries, providing services worth more than £1.2 billion and directly helped more than 2.7 million people.

The charity’s focus is the continent of Africa; to provide healthcare in countries where there is not safe and affordable surgery.

Their floating hospital is staffed almost entirely by volunteers, who treat dental and eye problems, cleft lips and palates, tumours, club feet, childbirth injuries and burns, among a multitude of conditions.

Rotary has been supporting Mercy Ships for 30 years. For the current ship, Africa Mercy, Rotary’s money built the eye theatre, so we are continuing a tradition.”

“Mercy Ships exist to stand in the gap, to change the odds, to tip the balance of the scales back in their favour,” explained Lea.

Mercy Ships is a unique organisation because it brings services to countries that would otherwise never be able to access those services. It gives the charity the flexibility to bring first-class healthcare to the Developing World.

Rotary has remained a long-term partner of Mercy Ships and funded the ophthalmic theatre on the current ship, Africa Mercy.

“The partnership between Mercy Ships and Rotary goes back a long way,” added Lea.

“The work that Rotarians have done to support Mercy Ships throughout the years doesn’t just stop at raising money, but Rotarians are serving onboard the ship, being part of what we are delivering, being part of the planning and execution, and mobilising each other.” 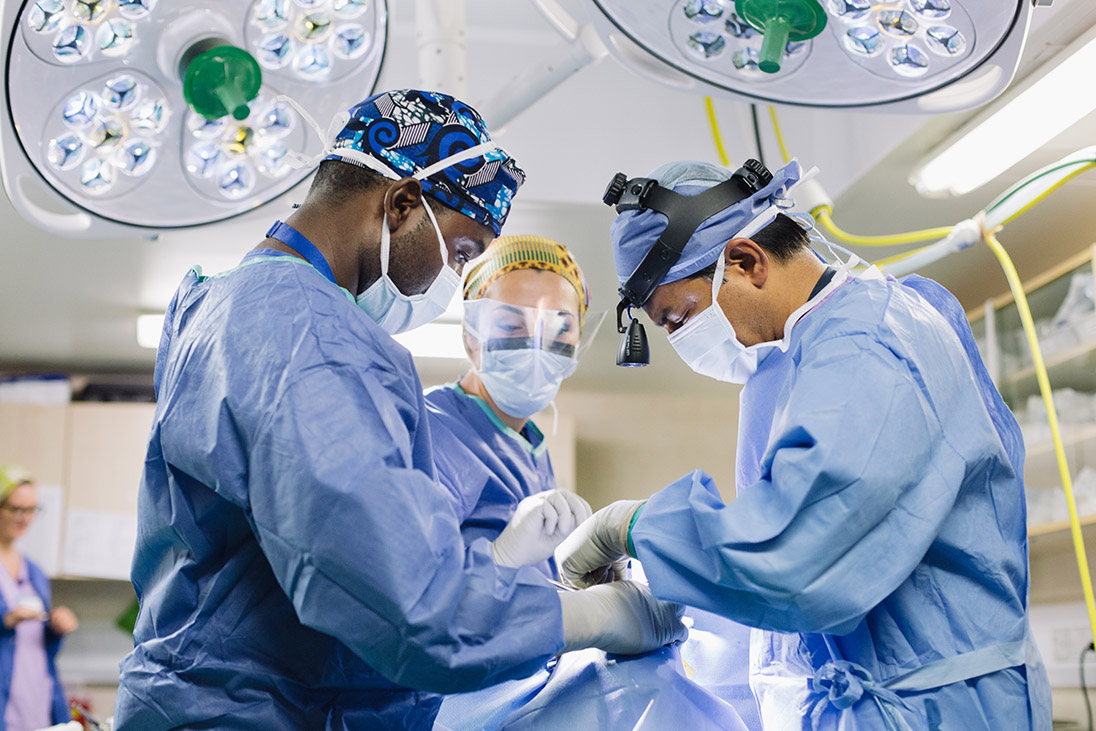 Since 1978, Mercy Ships has visited 56 countries, providing services worth more than £1.2 billion and directly helped more than 2.7 million people.

Now Rotary has recently launched a $1million Dollar Challenge to support the Mercy Ships charity, which has commissioned the construction of the world’s first purpose-built civilian hospital ship.

Debbie Hodge, then Rotary in Great Britain & Ireland President, announced at the Nottingham Showcase in May the commitment of these isles to be at the forefront of the international fund-raising effort.

She said: “Rotary has been supporting Mercy Ships for 30 years. For the current ship, Africa Mercy, Rotary’s money built the eye theatre, so we are continuing a tradition. 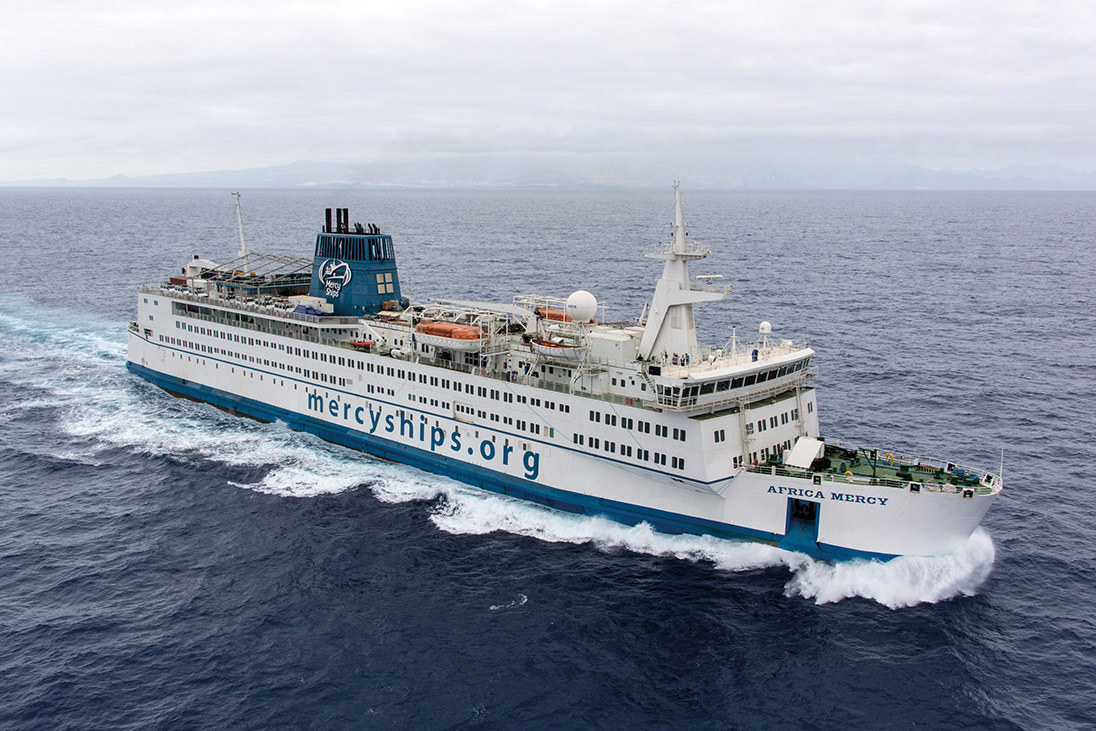 There are around 400 volunteers on the Africa Mercy hospital ship at any one time, and 1,000 serve onboard throughout the year.

A second ship, the Global Mercy, is currently being built. The charity hopes the new ship will have the capacity to carry out more than 20,000 operations a year, with five operating rooms, 102 acute care beds, seven intensive care beds and a further 90 self-care beds. There will be accommodation for 641 people, including the crew and medical staff.

Speaking at the Nottingham Showcase, Lea called for Rotarians in Great Britain & Ireland to come on board with the project.

He said: “I would ask you to continue to stand with us because, together, we can change more lives, we can train more people, and together we can see diseases of poverty eradicated and change the odds.”

The project in the UK is being led by District 1260 (Bedfordshire, Buckinghamshire and Hertfordshire) since Mercy Ships UK is based in Stevenage, Hertfordshire.

Two global grants through The Rotary Foundation are being set up by the District to cover the $1million Dollar Challenge.

All of this can lift Africa on a health front.”

In view of the large sum, the grants team is inviting all Rotary districts to donate around $10,000 with District Designated Funds. Clubs are also being invited to join forces with pledges of £250 upwards.

If completed, it will be the largest single Rotary Foundation grant, and Rotary in Great Britain & Ireland will have been a major contributor.

Debbie Hodge sees this project as a perfect opportunity to dovetail with the work with Rotary opportunities such as Vocational Training Teams, who can support the work in-country, being the trainers and teachers in areas as diverse as medical and nursing to agriculture and animal husbandry. 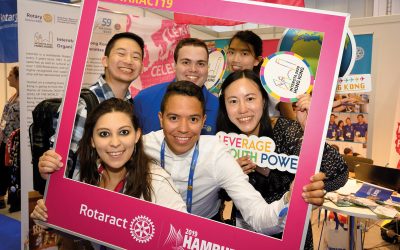 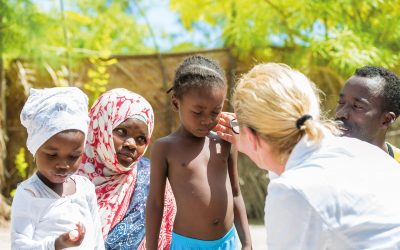