The Rotary Young Citizen Award Winners 2020 have been put under the spotlight appearing on BBC Television.

The Rotary Young Citizen Awards celebrate the amazing achievements of inspirational young people, under the age of 25, across Great Britain and Ireland, many of whom have assumed important responsibilities at a very young age.

This year’s winners include those who have been volunteering, helping the vulnerable and homeless during the coronavirus pandemic and one who is working on the frontline as a support worker in a care home.

And, for the first time, this year’s awards include the Rotary Young Citizen Sporting Hero Award, won by 14-year-old Will Sears from Bournemouth.

For the second year running, the Rotary Young Citizen Peacemaker Award was presented, reflecting Rotary’s area of focus on peace and the award went to 16-year-old Iqra Khan from Bradford.

Both Will and Iqra were featured in June’s edition of Rotary magazine, so let’s find out more about the other winners: 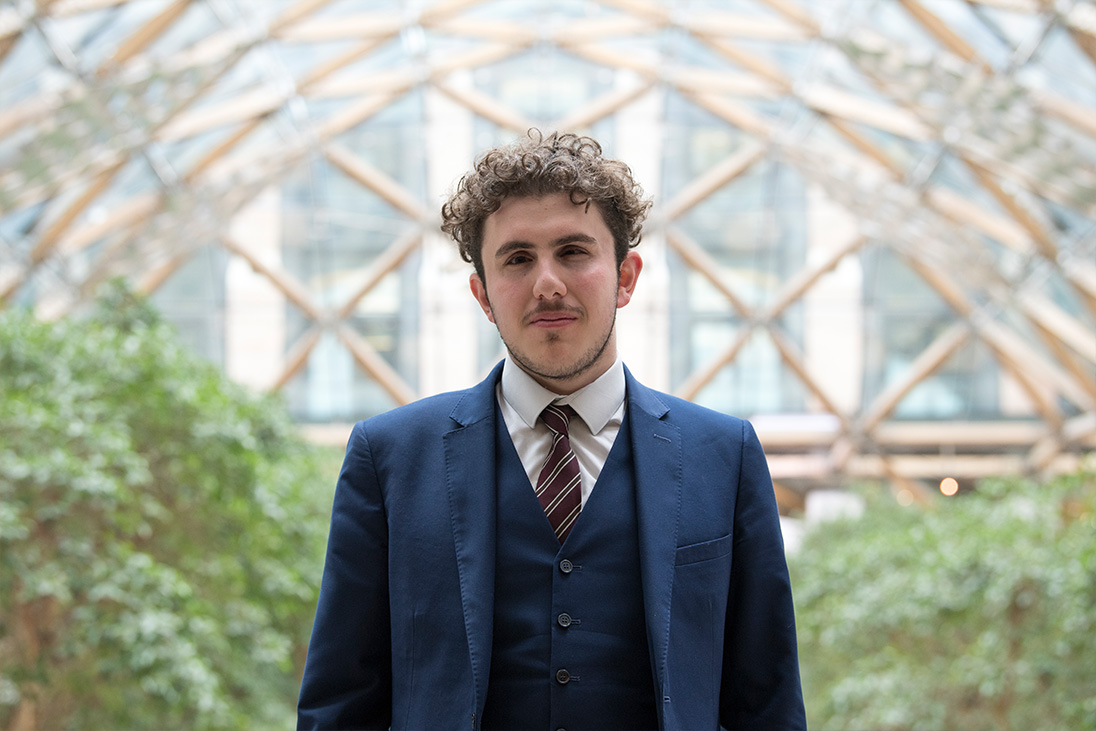 During the pandemic, Theo has been involved in discussions with Government Ministers about issues affecting young people.

Aged just two-and-a-half months, 19-year-old Theo was diagnosed with bilateral Retinoblastoma (cancer in both of his eyes) and after treatment, doctors regained some of his sight.

However, aged four, he was diagnosed with cancer again, this time the tumour had grown so big, his parents had been told he had only a few days to live, the cancer was terminal.

With treatment though, the tumours stopped growing.

Theo says: “I still am partially blind and in fear knowing that the cancer could come out of remission one day and kill me, but I survived.”

His ongoing medical condition and regular hospital admissions haven’t stopped him from doing so much for others.

He is the London representative on the UK’s Youth Parliament and is passionate about reducing knife crime. He was recruited to the Youth Advisory Forum, the first ever youth civil service body and Theo is the youngest person in British history to contribute to a No. 10 Cabinet meeting.

During the pandemic, Theo has been involved in discussions with Government Ministers about issues affecting young people.

As an inpatient at Barts hospital in 2014, he realised how little say young people have in their own care and became the co-founder of Barts YES Forum – Youth Empowerment Squad which now stretches across the Barts Trust, set up to help improve the experience of young patients.

During the coronavirus pandemic, he has been giving peer support across the five Barts hospital sites in London to those aged from 11 to 19, who are concerned about being in hospital or don’t want to go to hospital appointments and are worried about their survival.

He has also supported kids in education writing an open letter to the Prime Minister about the lack of provision during lockdown for youngsters with special educational needs who, he says, are suffering mental health problems and not getting an education and also those who are being marginalised because they are digitally disadvantaged due to lack of access to modern technology.

Theo is a lay member of NICE (National Institute for Health and Care Excellence) on their Complex Needs and Disability Committee producing guidelines for key-workers and is the first young person on this committee.

He is on the NHS England Youth Forum, representing the views of local young people on a national platform and Youth Representative for Health Education England on their Patient Advisory Forum. 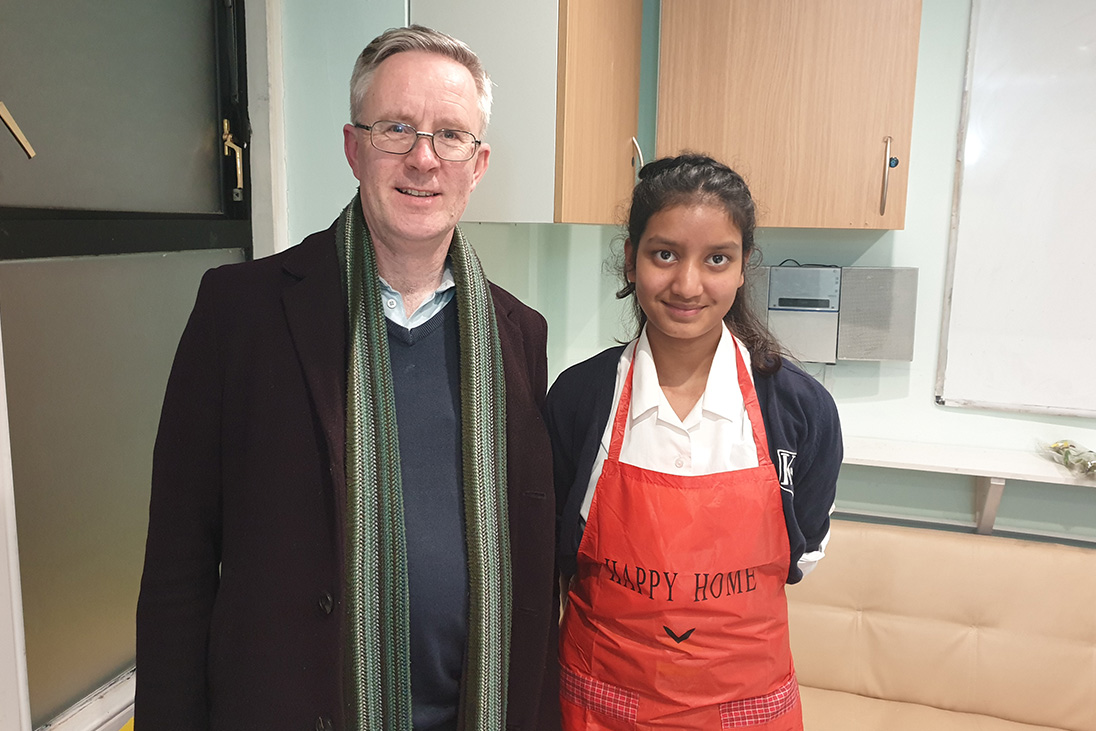 Hannah started volunteering at a foodbank and ‘Meals for the homeless’ project in January 2020, which included cooking meals for the rough sleepers and she has also built up a strong bond with many of them.

During the coronavirus pandemic, 16-year-old Hannah Chowdhry has been on the frontline helping at a daily project to feed the homeless and vulnerable in Ilford as the youngest volunteer for the British Asian Christian Association.

Hannah started volunteering at a foodbank and ‘Meals for the homeless’ project in January 2020, which included cooking meals for the rough sleepers and she has also built up a strong bond with many of them.

At secondary school, Hannah became aware that some pupils were using legal-highs, so she started a campaign which led to the creation of a borough-wide reporting portal to help map drug-related crime.

She is also a long-term campaigner against knife crime and sits on a youth reference panel for the Mayor of London’s Office for Policing and Crime.

Although Hannah suffers from Reflex Sympathetic Dystrophy (a disorder that causes lasting pain, usually in an arm or leg) and Juvenile Arthritis, she is determined that her physical condition does not deter her from helping her community wherever she can. 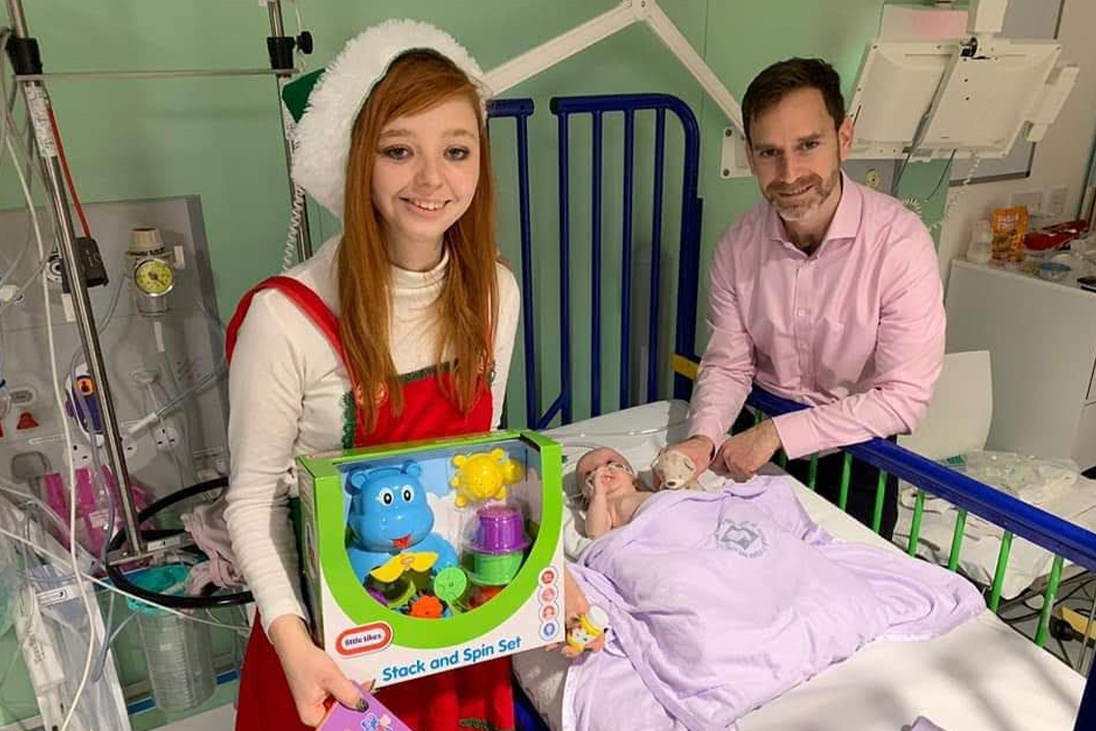 Bethan, 24, helps girls with sensitive issues such as bullying, health and body image.

Bethan Harvey has been on the frontline during the COVID-19 pandemic working full time as a support worker at Mandalay House, a care home in Witham in Essex, supporting young women with learning disabilities.

She was born with the rare genetic condition, Goldenhar syndrome, Hemifacial Microsomia and with Microtia (under development of one half of her face and no hearing in her partially formed ear).

At junior school, she was severely bullied by her peers. As a result, she opted to have major reconstruction to her ear and further surgery to her face. The bullying continued both physically and mentally and things got so bad at school, she tried to end her own life.

When Bethan left school, she began fighting back, setting up a blog to raise awareness of bullying. She was open about her medical conditions to help others not to feel alone.

Bethan, 24, helps girls with sensitive issues such as bullying, health and body image. She is campaigning to help deaf young people and trying to get sign language onto the school curriculum so all children are included and nobody feels alone or ashamed to be themselves. 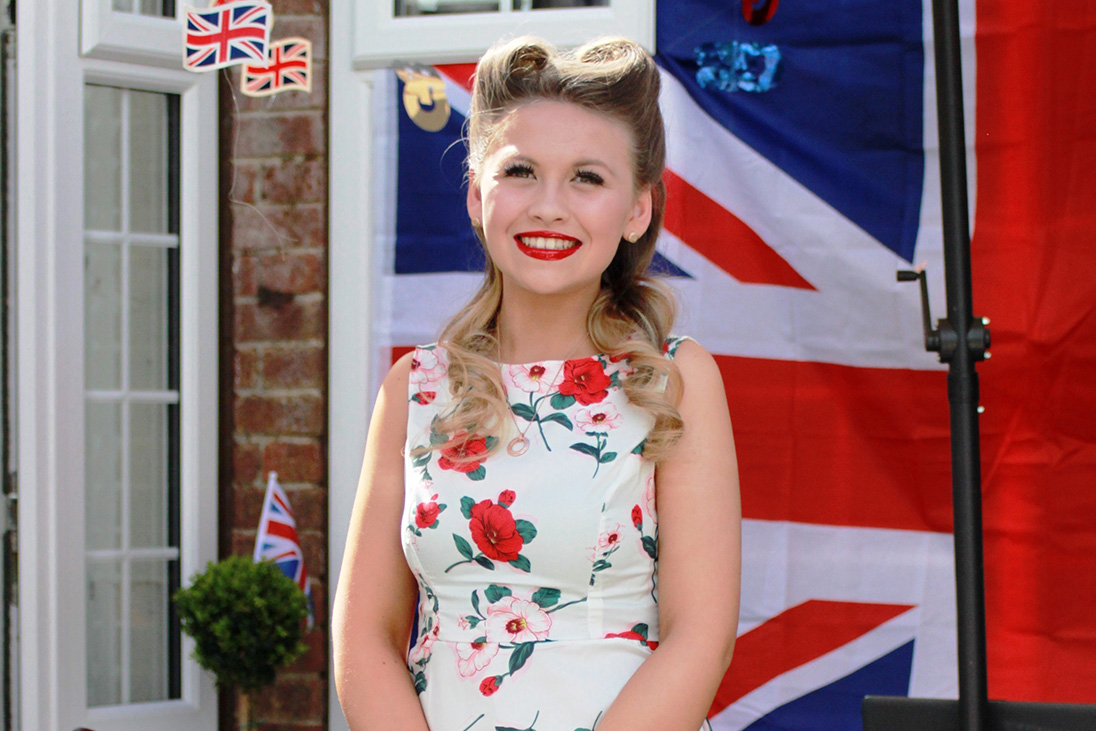 During lockdown, Jess performed her planned VE Day mini-concert live on Facebook on May 8th to raise funds for the RAF Benevolent Fund, as her neighbours watched on and held a socially-distanced street party.

Fourteen-year-old Jessica Frost, from Farsley in Leeds, was in and out of hospital from the age of two, with a range of development issues from walking and talking to fine motor skills. Her social skills were affected leading to her becoming introverted.

She was found to be suffering from Ketotic Hypoglycaemia where her blood sugar levels dropped to extremely dangerous levels and only hospital intervention could get them back to normal.

Her singing started as a hobby recommended by Leeds Child Development Team after noticing that although she struggled to speak, she could sing whole songs and pick them up very quickly.

Jessica and her family received lots of support from doctors, nurses and specialists which is why she now raises funds and awareness with her singing performances for the foundations, charities and events that help local children, including children’s hospices.

During lockdown, Jess performed her planned VE Day mini-concert live on Facebook on May 8th to raise funds for the RAF Benevolent Fund, as her neighbours watched on and held a socially-distanced street party.

Aged 12, Jessica was the 2017 Christmas No.1 in the Fab Charts with ‘If Every day was Christmas’ to raise funds for St Gemma’s Hospice. 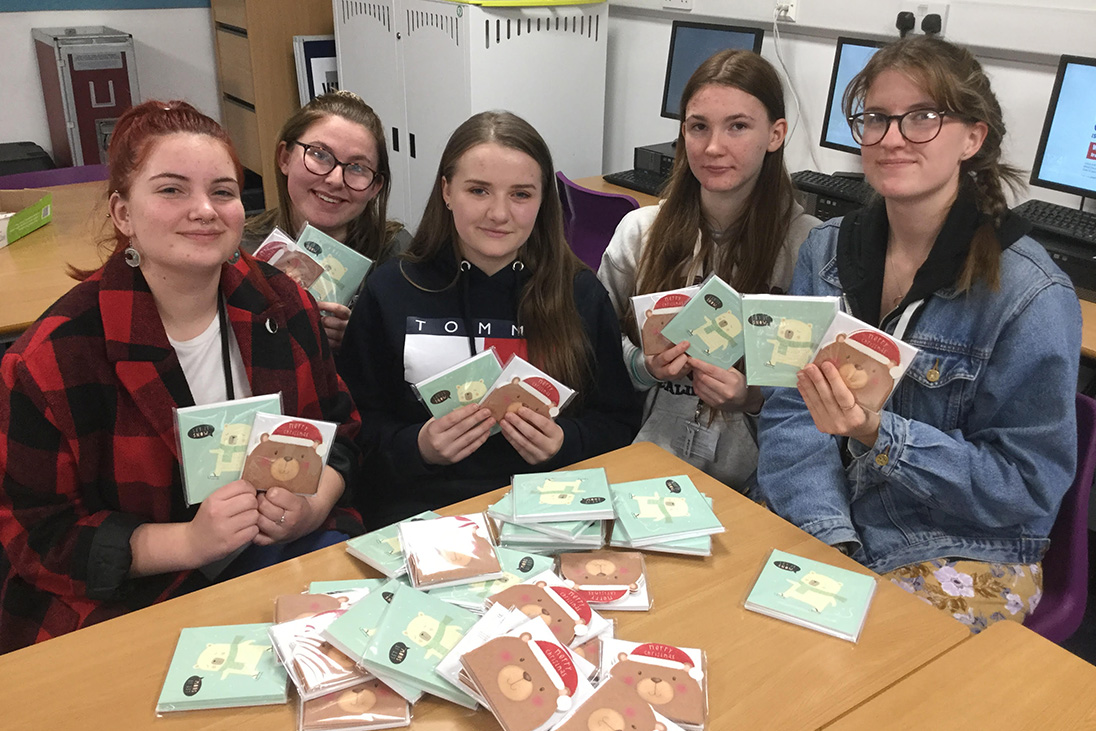 The Interactors, who came together in September 2019 supported by Darlington Rotary, have provided a hundred scrub bags for the local Intensive Care Unit.

A group of 47 community-minded students, who are members of the Interact club at Queen Elizabeth Sixth Form College in Darlington, are playing a key role in supporting their local NHS and the isolated vulnerable and elderly in their community during the coronavirus pandemic.

The Interactors, who came together in September 2019 supported by Darlington Rotary, have provided a hundred scrub bags for the local Intensive Care Unit and sent cards of thanks, chocolate brownies, moisturisers and hand cream to the medical staff dealing with COVID-19 patients at Darlington Memorial Hospital.

The group have also started their ‘Snail Mail Sunshine’ project sending more than 1,200 letters to vulnerable and elderly people in Darlington and the North-East area who are isolated due to coronavirus.

In addition, they put together ‘VE Day in a Box’ for Abbeyfield Care Home for their VE Day celebrations with cakes, bunting they made, including Sir Winston Churchill and Dame Vera Lynn party masks.

The Interactors recently won the best project award from Rotary in Great Britain and Ireland for their ‘I Promise’ initiative, whereby each student made a promise to the community – a promise of time, fund-raising or physical items.

Their promises included a beach clean, a sleep out to help the homeless, helping a women’s refuge, raising funds for the local hospice, supporting emergency services, helping people with dementia, reducing social isolation for the elderly.

Funds were also raised to support Rotary’s campaign to eradicate polio and to reduce child mortality by supporting a charity which provides additional training for midwives in Uganda. 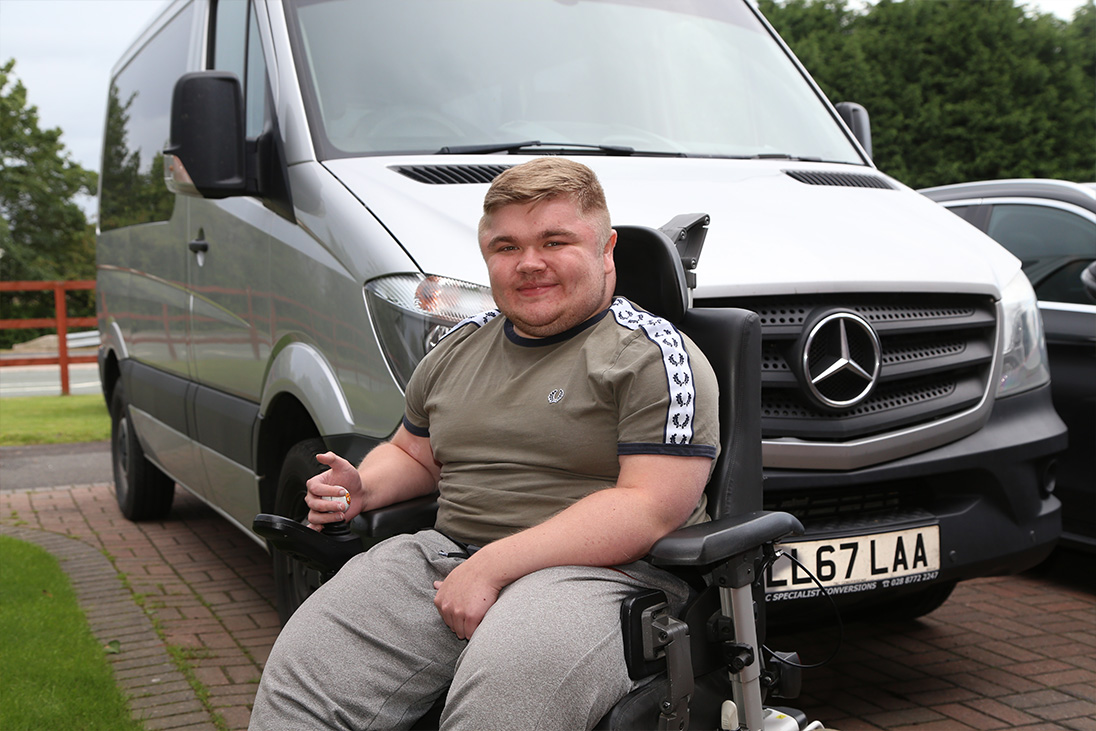 Twenty one-year-old Luke Millington, from Telford, decided to lead a fund-raising appeal for Hope House and Ty Gobaith Children’s Hospices. He is celebrating after smashing his own goal by raising an incredible £60,000.

Luke made a video to show how the charity has helped him since he was diagnosed with the incurable muscle-wasting condition Duchenne Muscular Dystrophy.

It tells how his nurse Rachel has supported him and made him see that anything is possible, such as learning to drive.

Luke is thrilled, because the money raised will fund support for five more children at Hope House or Ty Gobaith in 2020.

He says: “I feel really lucky to have Hope House in my life but sad too that they can only afford to help one in every three children who need them.”

Education is the key to ending poverty 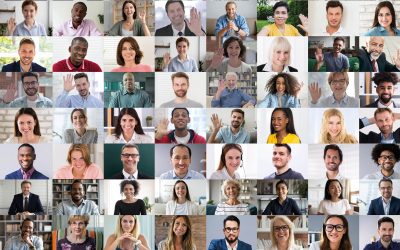 What is the ‘new normal’ for Rotary 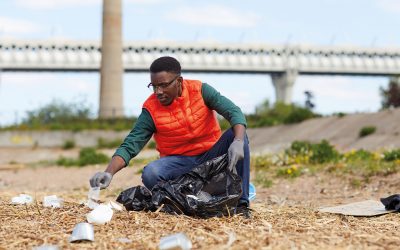