Every year, Rotary salutes its Champions of Change. Half a dozen Rotarians drawn from all walks of life are honoured for their valuable work in the community. Theirs is a snapshot of the amazing work which Rotarians and Rotary clubs perform on a daily basis across Great Britain and Ireland.

In addition, Rotary GB&I also honours half a dozen volunteers with close links to Rotary whose community projects are making a huge impact. They are all People of Action.

The Buddy Bag Foundation is a national charity founded in 2015 to help make a difference to children entering emergency care after domestic violence, which has increased during the Covid pandemic. 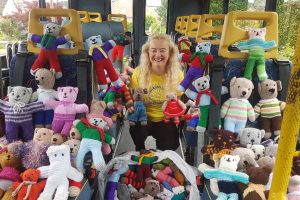 Sylvia’s work for the Foundation over the past couple of years is the most recent example of her willingness to work for others.

There are around 48,000 children who require emergency care every year in the UK. The Buddy Bag Foundation supplies these children with a Buddy Bag containing essential items to help restore a sense of comfort and love.

Sylvia has been heavily involved recently with The Buddy Bag Foundation, by initiating a nationwide knitted teddy bears appeal and has enlisted the help of other Rotarians and keen knitters from across the country to take part.

With the help of Stafford Castle Rotary, Sylvia is able to transport the teddy bears to The Buddy Bag Foundation’s depot at Sutton Coldfield and assist with packaging the buddy bags, which are sent to refuges around the country. 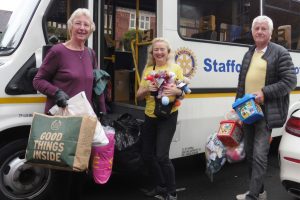 Sylvia puts together care bags to support children who have entered emergency care, using donations from the local community

She has collected thousands of teddies so far, with that figure rising weekly. Sylvia is now also a collecting point for fabric toiletry bags, pencil cases and Lego, which the charity needs.

This is one aspect of an impressive record of volunteering which Sylvia holds. For the past 10 years she has helped at the Walton Hall Special Needs School in Eccleshall. She has supported overseas development projects in Asia, Africa, South America and in Kosovo.

Through her Buddy Bag volunteering, Sylvia has demonstrated what can be done to make a significant contribution to a valuable national charity in the UK, without necessarily raising cash, and even during Covid restrictions.

By doing so, she has managed to motivate an impressive array of Rotary clubs as far afield as London, voluntary organisations and members of the public to work for The Buddy Bag Foundation on a significant scale.

During the recent COVID-19 lockdown, this project work has provided opportunities for people to carry out valuable work – such as knitting teddies or sewing toiletry bags – for a worthwhile cause and, at the same time, this has helped participants to remain valued and stay connected during the pandemic. 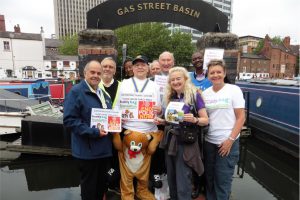 Sylvia Kerris after completing a 145-mile canal walk from Birmingham to London, raising over £3,000 for charity

Separately, Sylvia carried out a novel costumed activity last December, with the support of The Buddy Bag Foundation, which raised £552.

She also carried out a 145-mile walk along the Grand Union Canal from Birmingham to London in 2019, pre-pandemic, raising over £3,000, which was shared between The Buddy Bag Foundation and End Polio Now.

Rotary club contacts along this route, and previous charity canal walks, were the starting point of her Teddy appeal for The Buddy Bag Foundation. 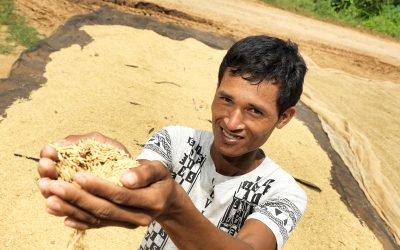 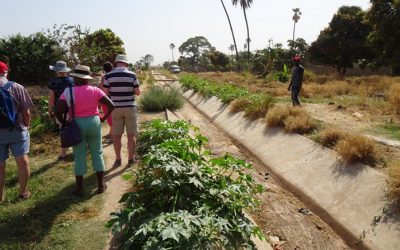