Graham Meyer discovers how grants free up Rotary Scholars to learn and build their networks.

When Londoner Adrian Faiers got married last year, among the assembled friends and family were Sira Lee and Alizée McLorg, two young women whose scholarships he had coordinated while they pursued master’s degrees at the London School of Hygiene & Tropical Medicine.

He marvels at the women’s far-flung connection. Although one is from Korea and the other from California, they go to weddings, conferences, and Rotary meetings together.

“They have become best friends,” Faiers says. Of the 1,300 or so Rotary Foundation global grants approved each year, about 200 are for scholarships. Global grant scholarships fund graduate-level studies in one of Rotary’s areas of focus.

Rotary districts can also provide scholarships through district grants. Lee and McLorg, whose scholarships are funded by global and district grants, respectively, are taking advantage of one big benefit available to Rotary Scholars: the opportunity to build their networks — with each other, experts in their fields, and the broader Rotary world.

Particularly in places where a large number of global and district grant scholars study — such as London, which is home to the London School of Economics as well as King’s and University colleges — the scholars have their own niche within the Rotary sphere.

“They become a very, very good community together,” says Faiers, a member of the Rotary Club of Dulwich, Peckham and Crystal Palace, who as chair of District 1130’s scholarship sub-committee coordinates the incoming scholars in London.

Meet two Rotary Scholars, and find out how the connections they’ve made through Rotary are helping them change the world.

Rotary and the vicissitudes of fate brought Kayla Stovall to her job as a prevention specialist for Uplift Education, a network of 45 schools centred in Dallas.

She also connects students facing homelessness with housing programmes. Her expertise in social-emotional learning among grade school students came out of her research for her master’s degree in public health. 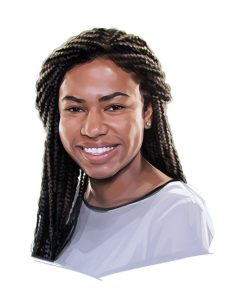 As a global grant scholar at the University of Edinburgh, she had selected three possible topics from a prepared list of 60 or so, and chose to focus on how Scottish students’ relationships with their teachers affect their social-emotional health.

“This career field chose me because of that moment,” she says. It may have determined her professional path, but the catalyst was Rotary.

“I had never heard of Rotary before,” she says. “All I knew was that I would get away from home for a few days.”

Among the camp’s staff members was a global grant scholar — and a few years later, while working on a Rotaract project during her senior year of college, a mentor reminded her about that possibility of a scholarship.

Stovall hadn’t even considered graduate study previously. “I didn’t think it was an option for me, just because I was the first in my family to go to college,” she says.

Now she is a member of the Rotary Club of Plano West, Texas, and is working to promote the idea of global grant scholarships to local universities.

“I’m very grateful to be in this position — [going] from being a person who didn’t even think this was a spot that I could have, and now being on the other end of it,” she says.

Being a member of Rotary, studying in Scotland, working at Uplift: All of it, she says, comes down to forming networks that can help make the world a better place. “One of the most powerful things we have is connection,” she says. “That’s when bonds are made and peace is created.”

Mitchell Paquette spends a lot of time online. He works as an open-source researcher for the Citizen Evidence Lab, part of the Crisis Response Programme at Amnesty International.

When a crisis emerges, such as mass protests, armed conflict, or an environ-mental disaster, he and his team scour social media and other publicly available data, and then work to verify it using satellite imagery, heat mapping, and other techniques.

They are like embedded war reporters for potential human rights violations. 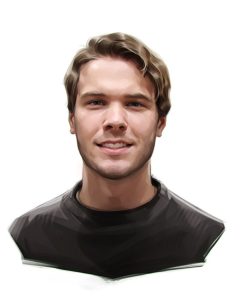 Paquette, 28, came to Amnesty after a stint with the New Media Advocacy Project, a New York state-based non-profit, doing video editing and production for human rights organizations. He was getting restless and hoping for more proximity to the fight for human rights.

“Basically, I wanted to work for the organizations I was making videos for,” he says. He attended the University of Essex on a global grant scholarship in 2018 and 2019, attaining a Master of Laws degree (LLM) in international human rights law.

In addition to his coursework, he volunteered for Amnesty’s Digital Verification Corps, a network of six universities globally that trains people to sift through the enormous amount of digital content on potential human rights abuses.

After graduation, he segued to his job with Amnesty, where he now supervises DVC volunteers. “This space is really exciting,” he says.

In the future, Paquette hopes to expand the horizons of his position, incorporating more in-person, on-the-ground testimony or working more toward legal accountability for human rights violators.

At present, he appreciates his proactive position in a human rights organisation active around the globe.

“I don’t have to watch the news and see ‘war in X country’ and feel bad about that,” he says. “I can actually engage very immediately in doing that work.” 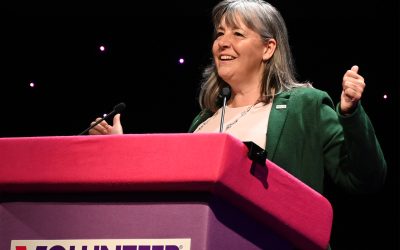 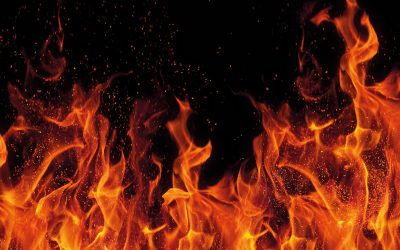 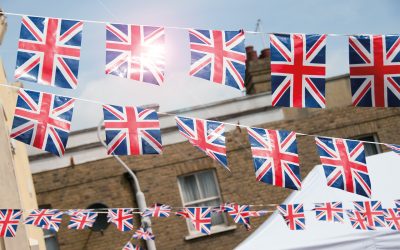