We wanted to look at a truly innovative way of helping people out of poverty with water and we found it when I spoke with the CEO of One Drop. 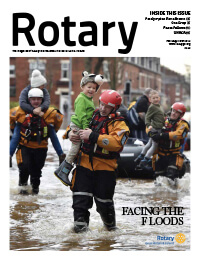 A combination of access to safe water and hygienic sanitation is a prerequisite for success in the fight against poverty and hunger. It allows young people to be educated, communities to be sustainable in growing their own crops and food, results in better health thus reducing maternal and child mortality, as well as a myriad of diseases.

I spoke to an organisation that takes a different approach to getting safe water to communities and people. One Drop is an international non-profit organisation created by Cirque du Soleil founder Guy Laliberté in 2007.

Its mission statement says ‘At the core of our mission is water as a transformative force to improve living conditions, as well as give communities the ability to care for themselves and their families, sustainably.’

I started by asking Catherine what had made her join One Drop and the answer I found quite amusing: “I’ve spent my whole life in water, and on water, I’ve been a lifeguard and I am an advanced scuba diver, so I’ve always had a close relationship with water.”

“In my portfolio you will see I’ve spent time in federal politics concerning issues transboundary with water and then when I went to the Vancouver games, as chief of staff, many issues concerned water.”

“When the games were over the founder of Cirque du Soleil and One Drop Guy Laliberté approached me to create a very unusual Non-Governmental Organisation (NGO).

“He wanted it to be entrepreneurial, to be managed like a business and to take the same actions in reinventing One Drop as he had done with Cirque du Soleil in reinventing circus. He wanted us to figure out where we could add value for the water sector.”

“So that is how we restructured and I would call it the new One Drop. Although the organisation was created in 2007 we relaunched in 2012 since I took over in 2011 to do fundraising.”

I then went on to talk to Catherine about the reasons behind setting the organisation up in the first place. What was Guy’s objective? Catherine told me: “For Guy, choosing water was the most powerful agent of change that there is globally and the most effective way for entire countries to lift themselves out of poverty. Until they have access to water and sanitation it is hard to do anything else.”

The impression that One Drop’s website gives is that they operate in just a few countries so I asked Catherine about that and was somewhat taken aback when she reeled off a long list of countries but went into a little more detail such as: “We have projects in various phases of development such as implementation, consolidation and monitoring of the results. We monitor the success of a project over a period of 10 years.”

That is impressive by any standards and Catherine went on: “If you look at the projects we have they are in Nicaragua, Honduras, Haiti, Guatemala, Burkina Faso, Mexico, Mali and India and all are in the various stages but the big challenge is sustainability of the infrastructure.”

“We know that with various organisations that the infrastructure fails in possibly up to 75% of cases within 12 months. If it were just an engineering challenge then the problem would have been solved years ago.”

“To ensure sustainability we have to deliver these programmes in accordance with local cultures, traditions and needs. This is where I think One Drop delivers something unique to the sector I think we are the only NGO that focuses on social arts to transform the knowledge, behaviour and attitude in relation to water.”

One Drop uses an easy formula for sustainability ABC: A: Access, B: Behaviour, and C: Capital and when they come together it makes a project viable and sustainable.

Since this sounded so different to me, and as Catherine says it is unique, I asked her to expand. What she came up with was certainly different: “Wherever we are working we do what we call a ‘Cultural Diagnostic’.

We are going to try and really understand between 100 and 200 determinants in addition to what other organisations call ‘the wash base line’.

We look at local culture, practices, religion, taboos, literacy and the way they structure their daily life as a community and how they conceive water as a resource and based on that we will identify the key behaviours that are problematic and then we identify the best social arts tool to address the issues. For example theatre is a great tool”

We can address taboo subjects that other NGO’s cannot address so through theatre we inspire people to change.”

Now this approach to me was quite different from anything I have heard before but Catherine went on to give me an example: “We can address taboo subjects that other NGO’s cannot address so through theatre we inspire people to change, we address the whole community from young to old, literate and illiterate we bring the community together to watch the play and then have a discussion and a structure behind this.”

Catherine went on to tell me about a Bollywood film they had released in India with the underlying message of water to explore safe water and sanitation issues: “To make those behaviours aspirational, we do use music and puppetry, TV shows, radio shows and an endless array of mediums to get our message across. We inspire change.”

We talked about sanitation concerning young females and Catherine explained: “These are complex issues to explain but we can do it is visually and consider it important to keep young girls in school and being educated with access to good sanitation.”

These are all good reasons for the UN to award One Drop the UN-Water ‘Best Practices Award’ for their project in Odisha, India.

As always, I asked Catherine how Rotarians have helped and she explained they have a very good connection within Rotary through the Water and Sanitation Rotary Action Group (WASRAG).

The group has helped on various projects where One Drop has identified a need and WASRAG has helped implement the project through clubs and supported with Global Grants from The Rotary Foundation.

One large project they are working on now is in Mali supplying safe water to over 50,000 people. Whilst talking with Catherine she told me that Rotary clubs across Nevada and California held an event called One Night for One Drop and I’ve heard rumblings about this being repeated in Paris and in other large cities across the world, for instance in Seoul for the 2016 Rotary Convention.

I must admit to finding talking with Catherine Bachand fascinating and enthusing but more than that I found out WASRAG was there helping in a big way. Now that is encouraging with Rotarians helping to lift large numbers out of poverty. I was impressed. 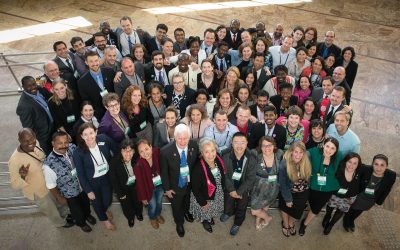 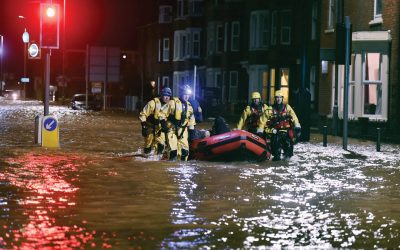