This year marks the 10th anniversary of the Rotary Young Citizen Awards, with hundreds of inspirational youngsters nominated by Rotary clubs across Great Britain and Ireland over the past ten years.

When the Young Citizen Awards were created back in 2007, young people were regularly receiving a bad press, with negative stories about youngsters involved in anti-social behaviour and violence towards others.

However, Rotarians were seeing a very different picture and felt something needed to be done to promote the young people who were making a positive impact to their community and the lives of people around them. That is when the Young Citizen Awards were created.

Recognising those under the age of 25, the judges came together and set the criteria of rewarding those who have demonstrated their commitment to citizenship through various activities. Since it began, nearly a hundred awards have been given out to both individuals and groups, and each one is presented with their accolade at Rotary’s annual conference.

Eve Conway, President of Rotary International in Great Britain and Ireland and creator of the awards, commented: “Working as a journalist at the BBC, we were hearing frequent negative stories about the younger generation and in the public eye our young population were all getting tarnished with the same image.”

“We wanted to change that perception by creating something really positive to show that there was so much good being done by young people in their local community.”

“I’ve worked with a range of judges throughout the past 10 years who have been inspired by the fantastic work people of such a young age have carried out.”

“Every year when we sit down to judge these awards, it is always such a difficult task as we see so many deserving youngsters and are blown away by the selflessness of these young people. Each winner has gone above and beyond to help others and bring about change.”

“From overcoming incredible odds, taking on causes close to their hearts and raising public awareness; amazing fundraising feats or simply doing something to brighten someone else’s day, we’ve heard inspirational stories and we’re proud that we can recognise them for their fantastic achievements.”

We caught up with two of the previous winners to find out what they’ve been up to and hear how winning the award has changed their lives.

When Jenna was awarded the Young Citizen Award, she had already raised £250,000 and plans were being put into place to build was is now Calum’s Cabin.”

A recipient of the Young Citizen Award in 2008 was Jenna Speirs, who at the age of 13 was nominated by the Rotary Club of Rothesay.

Back in 2007, Jenna’s twin brother, Calum, sadly passed away after he suffered an inoperable brain tumour. Calum’s treatment included chemotherapy and radiotherapy, which he handled with great courage, dignity and humour for someone so young.

It was then his idea to set up Calums Cabin, a sanctuary designed for young people suffering with cancer to escape to and spend quality time and create special memories with their loved ones on the Isle of Bute.

After Calum sadly lost his battle with cancer 13 months after his diagnosis, Jenna was determined that Calum’s memory would live on. At his funeral service, a fundraising appeal was set up to ensure his dream of a home for providing young cancer sufferers with peace and tranquillity became a reality.

When Jenna was awarded the Young Citizen Award, she had already raised £250,000 and plans were being put into place to build what is now Calums Cabin.

We’ve caught up with Jenna ten years on to find out how the build progressed.

Jenna told us, “When my parents were initially looking for a place to set up Calums Cabin we were surprised by how much it would cost to transform the idea into a reality. We met with Lord Bute who offered the land at Straad for £1 per annum and we met with architects to help us build the cabin.”

“In September 2008 the foundations were laid and within months the interiors were being finalised. It was such an achievement to witness all our hard work paying off.”

Two years on from losing Calum, the Speirs were welcoming their first family to the cabin and since day one it has been full with bookings.

Realising the overwhelming need for a haven such as this, the family set up Calums Cabin Cottage in 2011 thanks to further donations. Both properties are fully funded by generous donations, and the dream is to build further cabins around the country to ensure Calum’s memory lives on. All families stay free of charge.

Jenna added, “We are totally amazed at everyone’s generosity and that we managed to get from the initial £20,000 for a caravan to what was needed to be raised to build Calums Cabin and the cottage.

“Winning the Young Citizen Award was a huge honour for both Calums Cabin and myself, the properties have allowed children suffering from cancer to make some precious memories. I am now in my final year studying radiotherapy and winning the award has helped me get to where I am today.” 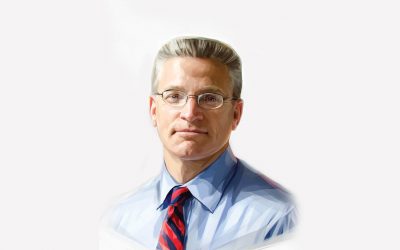 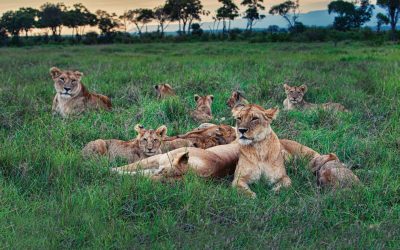 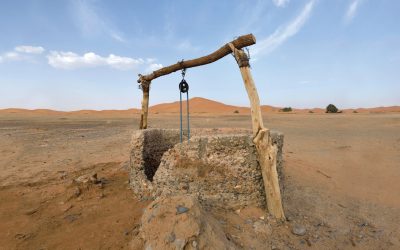