The Mission Aviation Fellowship has served as a vital lifeline to some of the remotest parts of the world. Dave King talks to pilot Chad Tilley about his work flying to some of the most inaccessible parts of Bangladesh.

Flying is what Chad Tilley does. Whether it is as piloting a supersonic F15 jet aircraft, or flying aid to remote parts of the world aboard a humble seaplane, they are both jobs which require high technical skills, and nerves of steel.

For seven years, between the two Gulf wars, the 47-year-old from Chicago served in the US Air Force.

But for the past 20 years, he has been working for the charity Mission Aviation Fellowship (MAF), which provides a vital lifeline to some of the world’s grimmest humanitarian disasters.

He said: “I really liked the military and I still follow my friends who are there.

“But I wanted to use my gifts and skills in aviation to help people in need, and when you fly into somewhere like South Sudan, to a remote community with a load of medicines, blankets and supplies, you realise what a valuable job you are doing.

“I am a pilot, it is a very technical profession. So when you get up in the morning, bringing health care workers, doctors and volunteers to assist isolated people, some of the poorest people on the planet, you know that if it wasn’t for you they would not be physically able to get there. So, for that reason, it is a very rewarding job.”

MAF, which is based in Kent, is a charity with a strong Christian ethos which has been operating since 1947, initially flying to Sudan, but then reaching out across some of the remotest parts of Africa.

Today, MAF has grown from a one plane outfit, to a dynamic organisation which flies more than 140 light aircraft to 1,700 destinations.

They describe their mission is to fly spiritual care and physical help to people in need in remote places. “We cross boundaries and overcome barriers,” says MAF in its promotional literature.

Bangladesh has something like 8,000 kilometres of rivers so we can use the seaplane to go anywhere.”

Chad is currently based in Bangladesh, one of the wettest places on earth – a country which sits at sea level and endures around 2,000 millimetres of rainfall, caused by the weak tropical depressions which surge across the Bay of Bengal caused by the wet monsoon winds.

That’s why a seaplane – top speed 135 knots – is the best mode of transport to travel around in.

Based near the capital Dhaka, the seaplane chiefly serves four floating hospitals, flying in doctors from the UK and Europe to work with the rural communities.

The surgeons can be performing up to 400 surgeries a week on these remote floating hospitals.

“Bangladesh has something like 8,000 kilometres of rivers so we can use the seaplane to go anywhere,” explained Chad.

“Unlike Canada or Alaska where you might find prepared seaplane facilities where you can drop the landing gear and taxi in, there is none of that in Bangladesh.

“It comes down to someone’s skill to get in or out of these rural communities. Flying a fighter plane is great, but once you have flown a seaplane, you don’t want to fly much else after that.

“It is fun, and in Bangladesh it is an amazing tool which can serve anywhere in the country.”

The seaplanes are a life link to these communities. Often, after a major cyclone has hit a region, Chad and his team will be among the first to reach a ravaged region, bringing supplies and working with the Bangladesh government and relief agencies to assess need.

It is a tough job. “Some of the stories you hear are heart-breaking,” reflected Chad. “You are floating on the riverbank and you can see the devastation in the community.

“You hear about the 12 foot high wall of water which washed through their village.

“People are coming up to the aircraft crying, telling you stories about which child they had to choose to save.

“They may have one child in their arms and another holding onto their leg in the water. They have to make a choice.

“I am a father of five children, so when I hear these stories my heart is breaking.”

Flying is, of course, not without its dangers. For the pilots, surveying the miles and miles of flooded land, it’s difficult to discern where the actual river is. And with the ever-changing weather in Bangladesh, modern computerised weather information is a god-send.

Chad also spent some time working from Kenya, and flying into South Sudan as part of the United Nations’ ‘Operation Lifeline’ when there was a war taking place. His plane, bringing in aid, was shot at, but Chad used his military experience to ensure they were safe.

Other mercy flights over war-torn countries have not been so lucky.

“What I did in the military and what I do now is very similar. It is about being on a mission. In the military you have an objective and a purpose, the same here in Bangladesh. 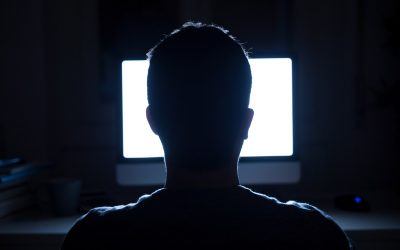 Groomed and killed by a predator 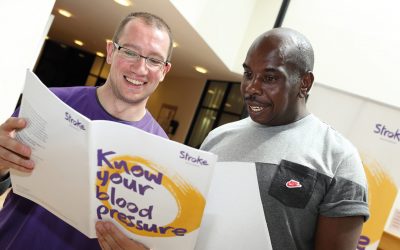