Some of the world’s most beautiful and exotic animals are close to extinction and Rotary members across the world are fighting to save them. 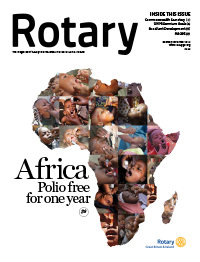 Africa Polio free for one year

Rotary members across the globe are committed to making a difference in the world with some using their experience and expertise to join a Rotary Action Group.

There are 22 action groups within the Rotary family and the latest addition is a group for endangered species. The Rotarian Action Group for Endangered Species (RAGES) works to provide global awareness and focused action in the continuing struggle to preserve and protect endangered species.

On the Critically Endangered list I found Rhinos and Elephants as well as Leopards and Lions together with many others, which, if nothing is done, will all shortly be extinct.

The plight of Cecil the lion moved endangered species up the agenda in the world’s eye, when Cecil, a male south western African lion living in Hwnage National Park in Matabeleland, Zimbabwe was killed by an American trophy hunter.

Cecil came to the attention of the media since he was a major attraction at the park and was being studied and tracked by scientists at the University of Oxford.

To find out more about RAGES I spoke with the founder and chairman John Glassford, who is a member of the Rotary Club of Coolamon, NSW Australia.

We discussed why the Action Group had been set up and John reeled off a set of numbers of critically endangered species such as the Black Rhino, an inhabitant of Namibia, the beautiful Sumatran Elephant and of course the Sumatran Orangutan to name just a few.

Numbers of these species along with others on the critically endangered list have dropped to a few thousand, John calls them iconic species and I don’t think anyone would dispute that fact. As he and his fellow conservationists point out, “once extinct they are lost to the world forever.”

John also highlights that many of these animals support sustainable eco systems as well as affecting the livelihoods of whole communities in the areas of their habitats and should they become extinct the economic and community development will die with them.

John told me that RAGES is growing rapidly and when we spoke he had Rotarians from 35 countries joined up, which results in over 200 members.

I asked John the objective of the Action Group and he explained, “I want as many clubs and members on board as possible so we can raise awareness, educate people as to what is happening and of course give financial assistance to rangers to stop the slaughtering of these wonderful rare animals.”

In the UK, RAGES has built up a prestigious list of supporters starting with two young men from a music group named Besureis. Duke Ingram and colleague Rubin started a campaign with an eye-catching poster to raise awareness of the animals’ plight and are asking celebrities to sign it. The latest in a long line of celebrity activists is Jeremy Irons.

The “Say No” poster has been signed by Jeremy Paxman, Virginia McKenna, Seal, Claude van Damme, Brian May and of course Sir David Attenborough as well as Dr Jane Goodall who is now patron of RAGES and has partnered with her environmental programme for young people Roots and Shoots.

Dr Jane Goodall commented, “I am delighted to be associated with the RAGES campaign highlighting the plight facing our wildlife. We cannot hope to change the status quo unless we educate new generations to avoid our mistakes and take better care of the planet we all share. Through the Jane Goodall Institute’s global programme, Roots & Shoots, we are working to empower young people of all ages to undertake programmes for their local community, for animals and for the environment. The RAGES campaign will help raise awareness around the world and encourage us all to help to make a difference.”

John and his colleagues are also working on a project to supply Rhino International Survival Kit (RISK) boxes to groups engaged in combating poaching in South Africa. The boxes are classified at certain levels and will start at $500 for a level one issue containing equipment such as a headlight, binoculars, hydration packs as well as other equipment.

The kits go up in content up to Level 3 containing all the tools needed to help contain and stop the poaching of any endangered species.

John realises he and his team have a very big job ahead of them but there is no shortage of ideas being put into action.

As John says, “I can’t imagine a world without these animals and once they have gone we will never get them back we must ensure they remain for the sake of future generations.” 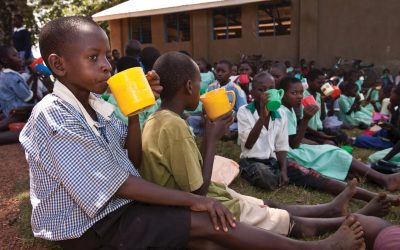 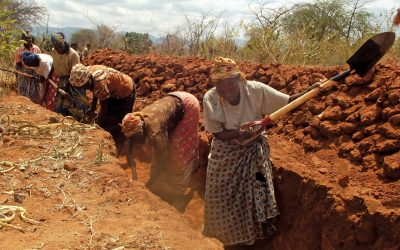 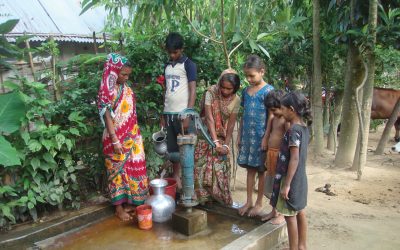