For 48-year-old Paul Dilley, it was an ordinary August summer’s day in 2018. The father-of-three from Cookham in Berkshire was just about to begin a round of golf on a course near Milton Keynes when he became short of breath.

Being fit and healthy, he assumed it was just hay fever.

Whilst walking towards the first tee, he felt a pain in his back. As he continued towards the green the pain suddenly intensified and spread to his chest.

Feeling helplessly weak, he knew something was seriously wrong.

At the frontline of saving lives, within 15 minutes our helicopter arrives;
Through innovation, expertise and speed, our crews treat the patients most in need;
Care, excellence, respect and passion, we provide the best chance, when the worst happens. #NationalPoetryDay #Poems pic.twitter.com/baGoG5nVBi

Thankfully, he decided to go back to the clubhouse were they immediately dialled 999. Within moments, a key artery to Paul’s heart suddenly became blocked, causing a catastrophic heart attack. To survive, Paul desperately needed urgent advanced medical care.

When someone suffers a cardiac arrest out of hospital, certain things happening in the correct order can dramatically increase their chances of survival.

This order of events is known as the ‘chain of survival’. When Paul realised he wasn’t well and turned back to the clubhouse for help, he had unknowingly placed himself on this chain by making an early intervention which allowed him to access treatment quickly.

The elements that make up the Chain of Survival.

Within 16 minutes of being called-out, Thames Valley Air Ambulance’s paramedic Jo Meadham and Doctor Chloe Spence arrived at Paul’s side.

With his life already on the line, his condition worsened as he suddenly went into cardiac arrest.

To give Paul the very best chance of survival, Jo and Chloe immediately started cardiopulmonary resuscitation (CPR) and defibrillation.

En route to hospital Paul’s condition deteriorated further as his heart went in and out of life-threatening rhythms.

Chloe and Jo took over his breathing by giving him an emergency anaesthetic. They then placed a ‘LUCAS’ mechanical chest compression system on Paul to keep his heart pumping blood around his body.

This technology freed Jo and Chloe up to deliver regular defibrillation and advanced post-resuscitation drugs to try to get his heart back to a stable rhythm.

We regularly attend patients in cardiac arrest, but we both said that Paul’s was the toughest cardiac incident we’ve ever attended.”

During the journey to hospital the crew administered 13 defibrillator shocks to Paul, as they fought to save his life.

Doctor Chloe said: “When Jo and I first reached Paul he was alive and talking, before he suddenly went into cardiac arrest. We felt really invested in him as a person. He fought to stay alive.

“We regularly attend patients in cardiac arrest, but we both said that Paul’s was the toughest cardiac incident we’ve ever attended.”

Despite being shocked 28 times and having emergency surgery to remove a blood clot on his heart, Paul defied all odds of survival.

He remarkably made a full recovery and was even able to go on a skiing trip at Christmas.

Chloe, the doctor who helped save my life, not only did that but she also checked up on me while I was in hospital, that’s just incredible. I am looking forward to helping Thames Valley Air Ambulance, in any way I can, so others can be as fortunate as me.”

Reflecting on his traumatic experience, Paul said: “I am so grateful to Thames Valley Air Ambulance for reaching me quickly and acting so calmly in a chaotic situation.

“They battled to save my life. It was a terrifying ordeal and I feel incredibly lucky to be alive. I am under no illusion that without the incredible skill and emergency treatment I received, I would not be alive today.

“Chloe, the doctor who helped save my life, not only did that but she also checked up on me while I was in hospital, that’s just incredible. I am looking forward to helping Thames Valley Air Ambulance, in any way I can, so others can be as fortunate as me.”

Like Paul, anybody could be in urgent need of advanced medical care. Within minutes, Thames Valley Air Ambulance brings the expertise, equipment and treatment of the hospital to them across Berkshire, Oxfordshire and Buckinghamshire.

This means that a patient is treated and given hospital-level care quicker, increasing their chance of survival. Last year, they attended 988 incidents and 16% of these were for cardiac arrests.

Across the UK there are 21 air ambulance services which operate a total of 37 helicopters and 50 rapid response vehicles.

Collectively, they are called out to 35,000 missions annually.

Or to learn about your local air ambulance, click here. 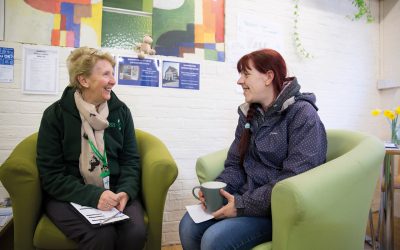 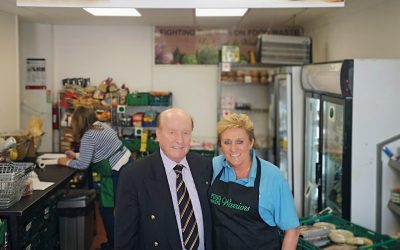