Gordon McInally has been chosen as Rotary International President from July 2023, and the Scot believes the time is ripe to move Rotary forward post-pandemic.

Gordon McInally had just clambered out of the garden pond, clearing out duck weed, when the call came. Still wearing his waders, and stood in the back garden of his Scottish Borders home, Gordon was told he’d just landed the biggest Rotary job of all. 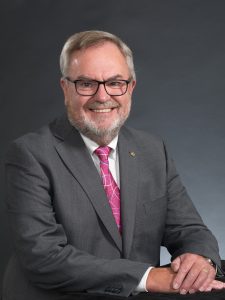 Gordon McInally will be the sixth Rotarian from Great Britain & Ireland to serve as President of Rotary International.

It’s not every day you get invited to become President of the world’s largest humanitarian organisation. The leader and inspiration to 1.2 million Rotarians across the globe. “It is one of those Road to Damascus moments,” recalled Gordon.  “Maybe it’s my nature, but I didn’t want to be so presumptuous as to think I might have been successful.

“But, then again, I would have been disappointed had I been unsuccessful.  As I took the call and then spent time back on Zoom with the committee later, there was a sinking in process for a short while – as the impact of what was happening hit home.

“I didn’t go into the process blindly. I knew the commitment and it is one of those things that you would not enter into without being prepared to make the commitment.”

At the time of the August call Gordon, a 37-year Rotarian with the South Queensferry club, north-west of Edinburgh by the Forth Bridge, was the committee’s nomination. He was formally adopted as President-Elect in October, and will succeed Canadian Jennifer Jones in July 2023.

Gordon will be the sixth Rotarian from Great Britain & Ireland to serve as President of Rotary International.

Sydney W. Pascall from the London Rotary Club was the first in 1931 – and the first Rotary President from outside of North America.

The pandemic has focused our attention and made us realise that these technologies are out there and we should make best use of them.”

Bill Huntly from the Alford & Mablethorpe Rotary Club in Lincolnshire, took office from 1994-95, and John Kenny from Grangemouth Rotary Club became the first Scot to hold the title from 2009-10.

For Gordon, the whole selection process was conducted with a 17-strong panel via Zoom over a number of days. It was a gruelling task.

“It’s a tough experience, especially for someone like myself who, prior to two years ago, had not been in front of an interview panel other than for a Saturday job in Safeways in Edinburgh when I was about 16!” reflected Gordon. 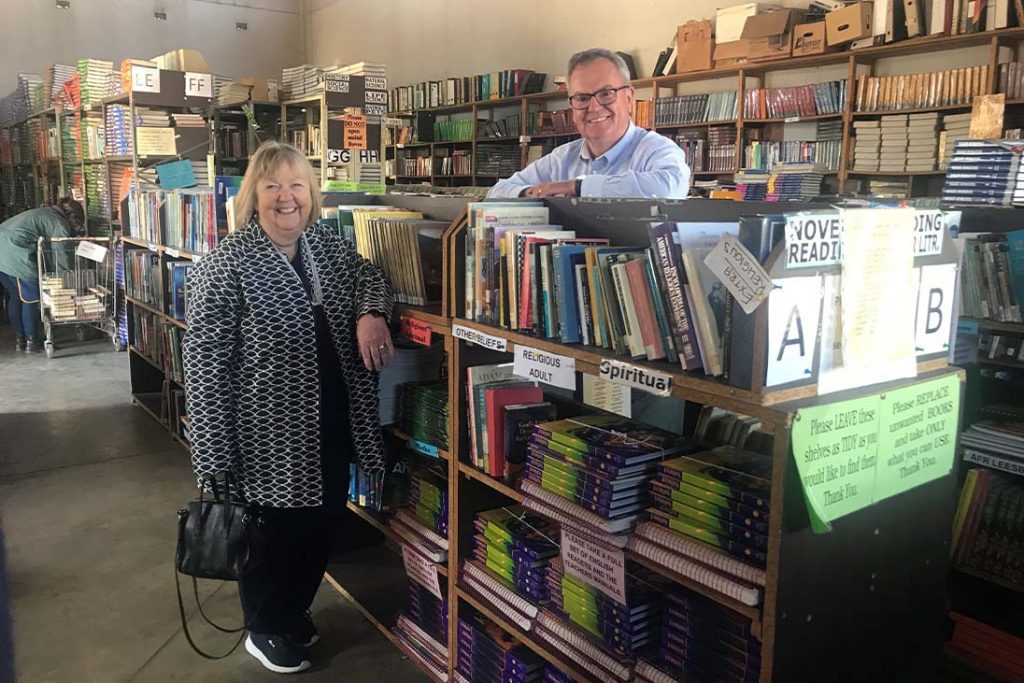 Gordon believes that now is the perfect time, post-pandemic, to move Rotary forward.

A graduate of dental surgery at the University of Dundee, Gordon has owned and operated his own dental practice in the Scottish capital.

And a Rotary member since 1984, Gordon has been both President and Vice President of Rotary International in Great Britain and Ireland.

Now is the time to capture that moment. Gordon explained: “There is no doubt that we are at a pivotal point for the organisation. 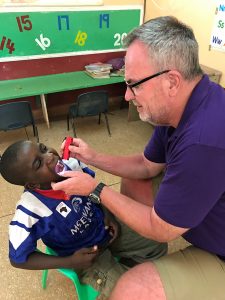 “From my point of view, one of the most important things is that I am going to follow Jennifer Jones as Rotary International President. I get on well with Jennifer.

“I think we are on the same page and I have always preached the gospel of continuity. In fact, if whoever follows me has the same feeling for continuity, then it might just catch on!

“We might get away from travelling in one direction one year, another direction the following year, only to end up back where we started in the third year.”

But what shape will the world be in come July 2023. That, says 64-year-old Gordon, is the $64,000 question. “The hope is that we will have moved forward,” he answered. “But it’s a bit like the polio campaign in as much until we are all safe, nobody is safe.

“The pandemic is still some way from being over.

It doesn’t matter if you’re a peer of the realm or somebody off the street, everybody is worthy of their place.”

“We really have to learn from what has happened this last little while and make the best of both worlds.

“The pandemic has focused our attention and made us realise that these technologies are out there and we should make best use of them.”

Over the next 20 months, Gordon will be reflecting on some of the issues which will be a focus during his term of office.

Clearly, because of his medical background, health will be at the forefront of those considerations. Children and mental health too. 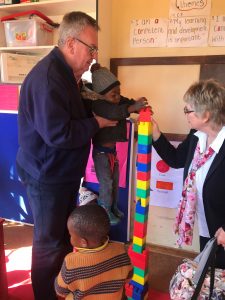 Gordon with a group of orphans in South Africa.

Asked, how he might describe himself, Gordon laughed. “I would like to think I am out-going. I can relate well to people right across the spectrum, which probably comes from my professional background.

“It doesn’t matter if you’re a peer of the realm or somebody off the street, everybody is worthy of their place.

“I would hope people consider me to be reliable, dependable, and someone who delivers. I like a laugh as well. After all, you have to like a laugh when you support Hibernian Football Club and the Scottish rugby team!” 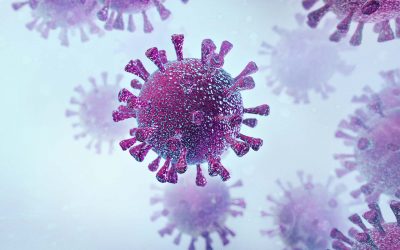