The 34th capital procession featured more than 10,000 performers from across the world, starting from London’s Piccadilly to Westminster.

The theme of the Rotary procession was to promote the End Polio Now campaign, and featured a traction engine.

Rotary in Great Britain & Ireland President, Donna Wallbank, was among the Rotarians who joined the procession, clutching a bobble-head figure of Rotary International President, Mark Maloney, wearing a Hawaiian shirt. 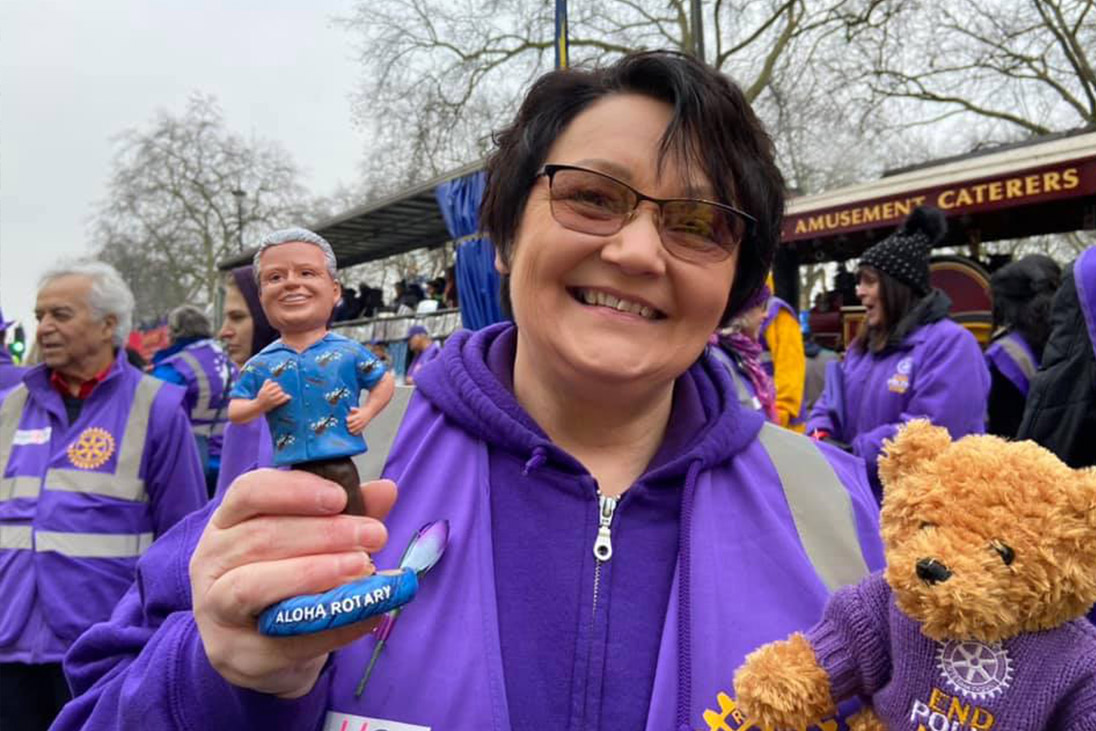 Among those taking part was motor racer Mark Tredwin, the owner of Team Treddie, who has been racing on behalf of End Polio Now in a purple-liveried Caterham. 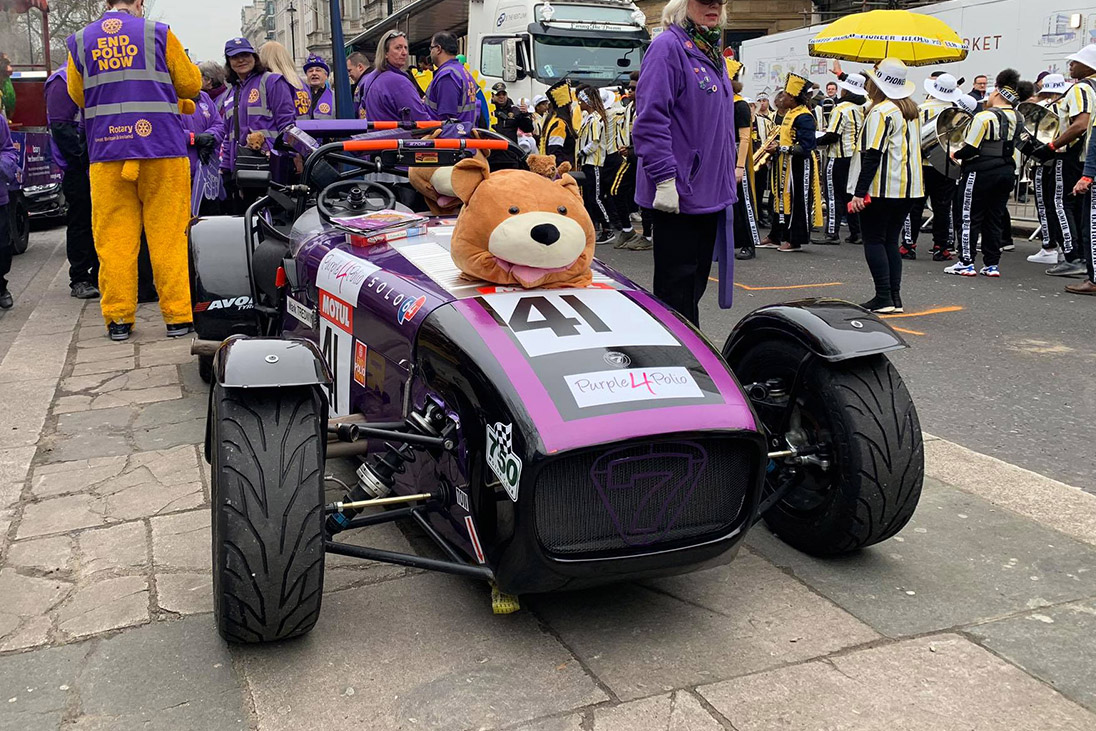 Motor racer Mark Tredwin, the owner of Team Treddie, who has been racing on behalf of End Polio Now in a purple-liveried Caterham 7 car.

On a cold New Year’s Day, the parade passed iconic landmarks such as Trafalgar Square and Downing Street, cheered on by tens of thousands of spectators.

High school marching bands, Chinese dragon dancers and a number of Britain’s Got Talent entertainers participated in the procession. More than 20 different countries were represented.

London’s New Year’s Day Parade has raised more than a million pounds for charity since the annual tradition began in 1987.

In a message posted on the parade’s website, Mayor Sadiq Khan said: “There really is no better place to welcome in the New Year than London. 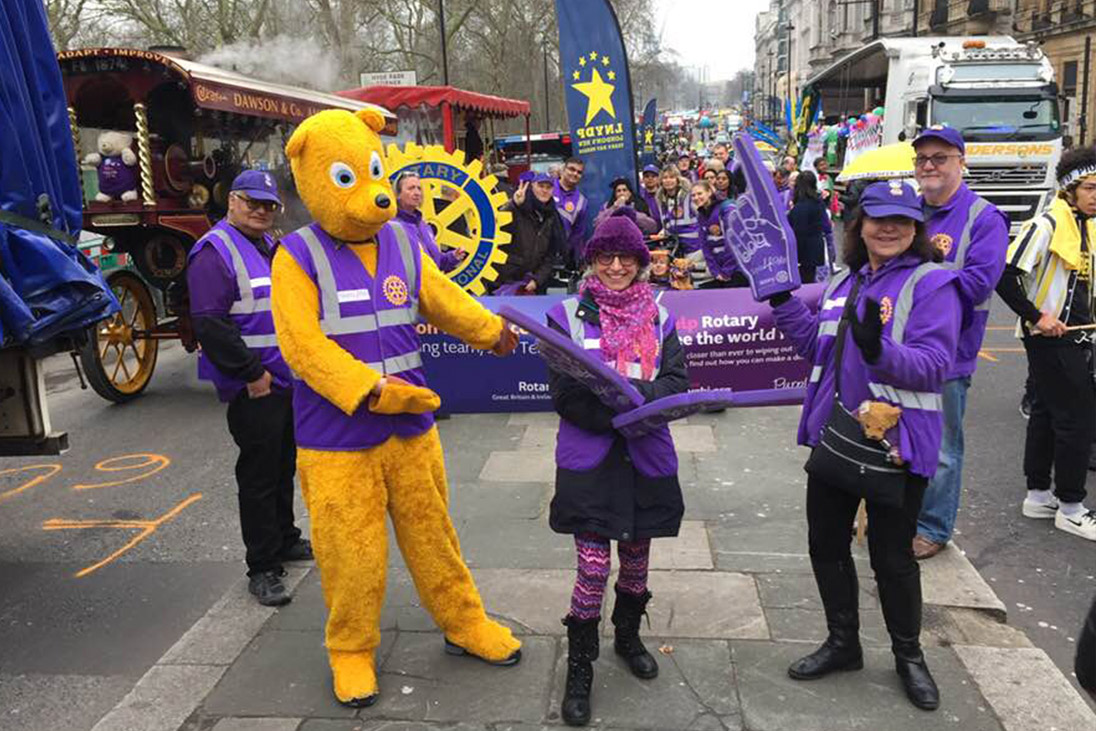 London’s New Year’s Day Parade has raised more than a million pounds for charity since the annual tradition began in 1987.

“From the world’s greatest fireworks show on New Year’s Eve, to the fun-filled London’s New Year’s Day Parade and Festival, our capital will be celebrating our unity and diversity as we again show the world that London is open to all.

“At the New Year’s Day Parade, more than 10,000 performers from more than 20 nationalities will stand side by side in celebration. From dancers to marching bands, and giant balloons to stunt riders, they will turn some of our most iconic streets into a sea of joy and colour.

“It will truly be a spectacular way to welcome in 2020, so whether you are a Londoner, a visitor or one of the millions watching at home, I’d like to wish you all a very Happy New Year!”