The one-day online event attracted 250 guests and featured a number of top speakers.

Willem, a member of Norwich Blackfriars Rotary, said: “The webinar applying the lessons from COVID-19 to climate change was a great success. The amount of very positive and pleasing feedback to the conference was hugely encouraging.”

The conference was chaired by Geoffrey Smart, a physicist and former consultant who now chairs the Norfolk Cambridge Society.

Hayley explained why society responded adequately to the COVID- 19 crisis but seems unable to respond to a more serious threat to humanity, global warming. She explained how our evolution enables us to respond to coronavirus, a more immediate and urgent threat, but not towards the more distant future crisis.

Rupert Read, an associate Professor of Philosophy, author and climate activist, described how the only real option to human kind was ‘transformative adaptation’.

“We are not now going to be able to stop global warming,” predicted Rupert. “Therefore civilisation, as we know it, is threatened.”

Hayley explained why society responded adequately to the COVID- 19 crisis but seems unable to respond to a more serious threat to humanity, global warming.

He was hopeful that if society adapted and worked with nature, we could secure a sustainable future, one that was also more socially just.

He demonstrated how many sectors produce significant amounts of CO2 where renewables are not the answer, such as forestry and cement production. Dr Bravo explained that as CO2 emissions continue to increase, there is no realistic chance of renewables replacing fossil fuels.

Nobel Peace Prize-shared winner, Jeff Price, described the task in overcoming the peril caused by CO2 emissions as ‘like trying to sink a cork with a sledge hammer’,

“Every time we push down on CO2 emissions they bounce back,” explained the Associate Professor of Climate Change and Biodiversity.

Nobel Peace Prize-shared winner, Jeff Price, described the task in overcoming the peril caused by CO2 emissions as ‘like trying to sink a cork with a sledge hammer.”

In his presentation, Jeff emphasised how it was essential to trust the scientists, and not allow the doubt sown about the science by those who stand to profit to gain a foothold.

“The science of global warming has been known since 1850 when Tyndall realised that the amount of CO2 in the atmosphere could change the climate,” he added.

Jake Fiennes, environmental spokesperson for the National Farmers Union and conservation manager for the Holkham Estate described measures being developed in Norfolk to dramatically improve carbon capture through biodiversity and land use.

Philip believed that If we feel strongly about the issue, we should take a moral lead but there is little point in us going carbon neutral if the rest of the world doesn’t follow. 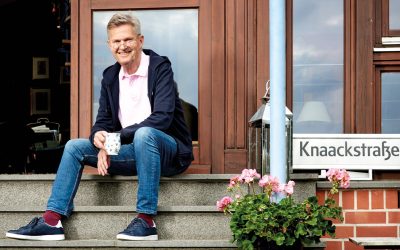