There was plenty of noise when Nene Valley Rotary’s annual RoKart event raised a record amount for Northamptonshire charities.

The event enjoyed a record entry over the 10 heats of more than 90 teams featuring 400 drivers who helped to raise a record £10,000 for local charities.

Over the past four years, the fast and furious Rotary event has raised close to £40,000.

Team Butter won the Michael Jones the Jeweller trophy for completing a record 287 laps. The Rotary Club trophy for the fastest company in Northampton was retained by PR Pettit & Sons.

A total of 287 laps is a record for the two-hour endurance race with every team in the final beating their previous best and a new event lap record of 23.77 secs was also set.

It is a huge boost to the amount we can give to the local community and we look forward to RoKart 2020.”

It was also the first time in the event’s history that there have been no yellow or red lights for track spills – a testament to the skill and standard of driving of all the competitors.

The real winner was the amount raised for local charities.

They included Ups n Downs, who support families in Northamptonshire with children with Down’s Syndrome, and the local branch of the Parkinson’s Society.

Other beneficiaries will be the maternity ward at Northampton Hospital and the Northamptonshire Association for Accommodation of Single Homeless Adults.

Nene Valley Rotary President Tony Roberts thanked everyone for taking part. He said: “It has been a great year’s racing, tremendously competitive, and above all great fun.

“It is a huge boost to the amount we can give to the local community and we look forward to RoKart 2020.”

Next year, the Rotary club is hoping to top the £50,000 mark of total funds raised, with the main beneficiaries being the Alzheimer’s Society and Northampton First Responders.

Rotary is one of the world's largest and most successful global membership and humanitarian service organisations. 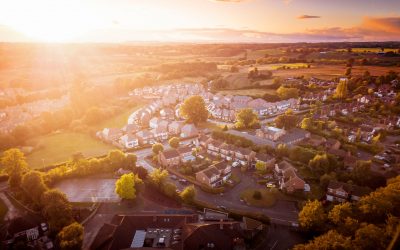