Rotarians mark VE Day with a smile and helping others

Rotarians mark VE Day with a smile and helping others

As the nation marked the 75th anniversary of Victory in Europe with celebrations and commemorations on Bank Holiday Friday, Rotary clubs and Rotarians joined in with the spirit of the occasion, as part of their COVID-19 activities.

A nation celebrated with gratitude the end of the Second World War in 1945. 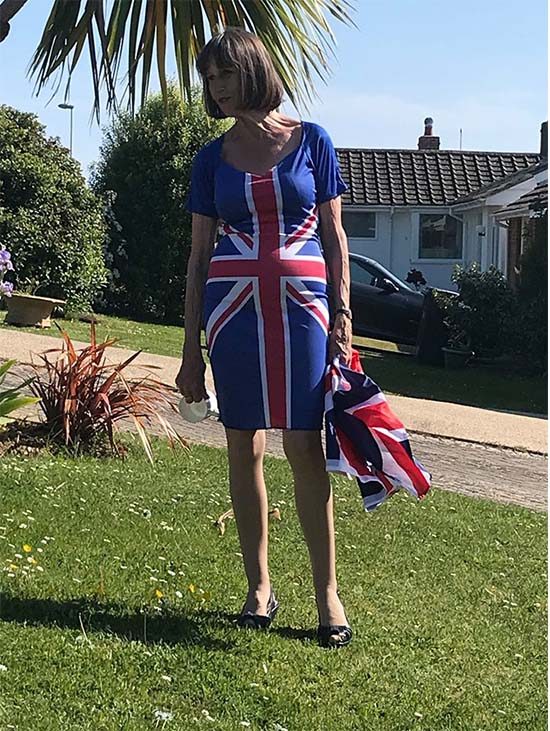 Worthing Rotarian Christine Stanley kept the flag flying at a safe distance wearing a very patriotic outfit in the sunshine as part of celebrations in the West Sussex town. 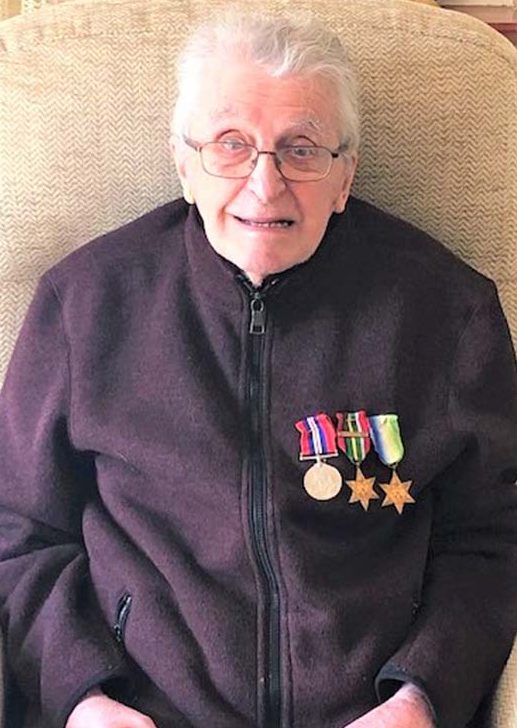 And it was a particularly patriotic day for Devonian Derek Scorer. At 96-years-old, he is one of Dartmouth Rotary’s longest-serving club members, who marked the day by displaying some of the medals earned while serving during World War Two.

On VE Day, the group delivered 300 afternoon teas to the elderly to help them with their party. 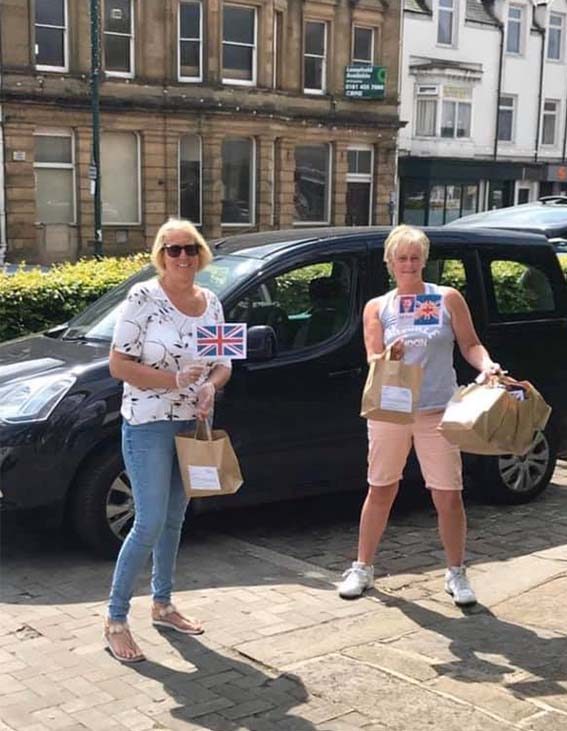 These fantastic volunteers are from within the communities and are truly showing what can be achieved in these worrying times if we pull together,” wrote Saltburn Rotary on their Facebook page.

Elsewhere, in Scotland, the TD1 Youth Hub were delighted to receive a £2,000 donation from Galashiels and District Rotary and The Rotary Foundation to support vulnerable young people and their families at this difficult time. 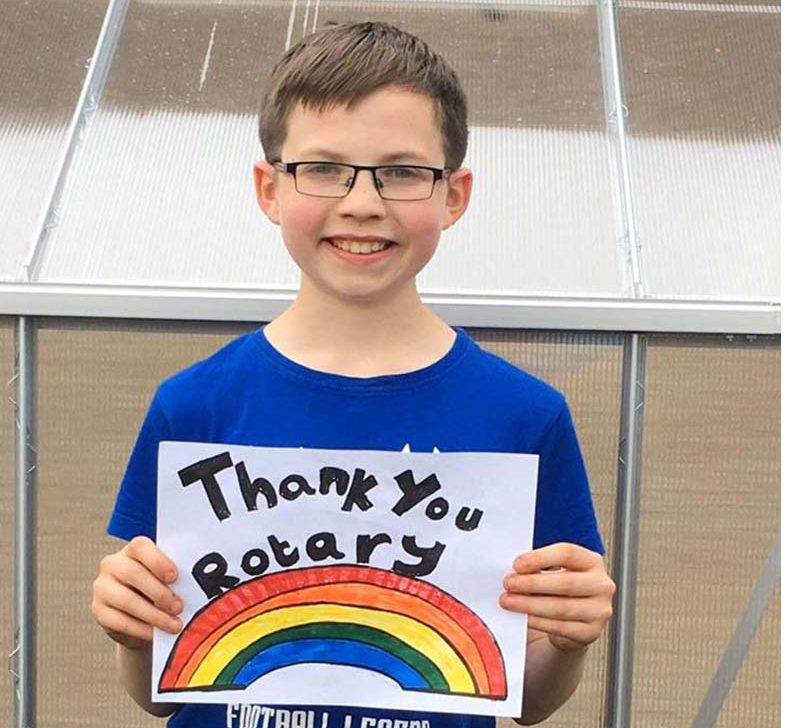 The TD1 Youth Hub were delighted to receive a £2,000 donation from Galashiels and District Rotary and The Rotary Foundation

A spokesman for the Rotary club said: “We are delighted that through our own fund-raising activities, with support from The Rotary Foundation, we are able to assist TD1 Youth Hub to deliver support to young people in our community. 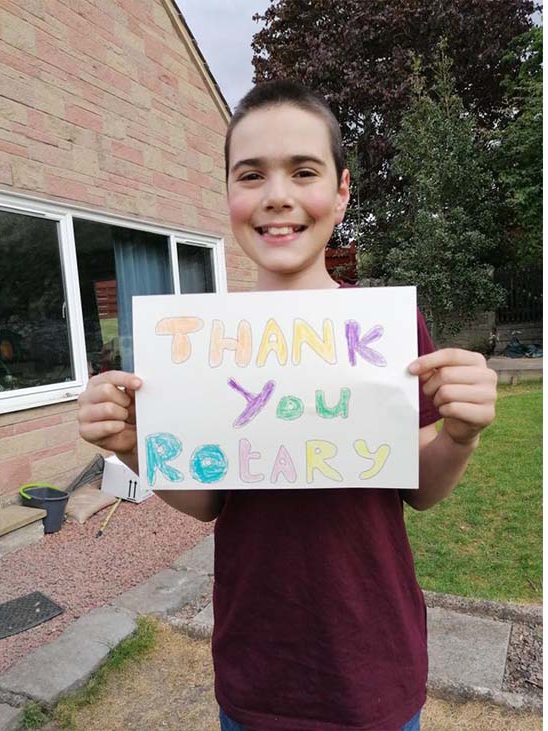 “The work undertaken by all involved with TD1 Youth Hub at this crucial time is vital, staff and volunteers are going to extreme lengths to ensure continued and extended services. They are all to be thanked for their selfless contribution.”

In Gloucestershire, Rotary in the Rissingtons is also focusing on youth.

With Great Rissington School closed, now was a perfect time for the Rotarians to fit a retractable football net.

The new net will allow the children to play football in the playground when they are back at school without fear of the ball ending up in the road or hitting a passing car.

A small team of three Rotarians observed social distancing rules while they completed the work in less than an hour.

Epsom Rotary has donated five Samsung tablets to Epsom Hospital so that isolated patients can talk to their loved ones.

Staines Rotary has donated 500 red scrubs bags for staff at St Peter’s Hospital in Chertsey, Surrey, while just around the M25, Elthorne-Hillingdon Rotary has galvanised a team of sewers to produce more than 200 bags for staff at Harefield, Hillingdon and Mount Vernon hospitals in Middlesex, as well as at the Heathrow Isolation Centre.

At Glasgow North & Bishopbriggs Rotary, they used the language skills of one of their members to help translate a Rotary ‘People of Action’ leaflet into Bengali to distribute to the local population.

“This was particularly important during the COVID-19 restrictions to help in the Glasgow North East quadrant and additional environs,” explained District Governor, Jimmy Johnston, who has made an offer to other communities in the Scottish capital to help translate key leaflets.

At Glasgow North & Bishopbriggs Rotary, they used the language skills of one of their members to help translate a Rotary ‘People of Action’ leaflet into Bengali to distribute to the local population.

Verwood Rotary in Dorset has been thanked for their “exceptionally generous donation” to help a young boy Chester, who has cerebral palsy.

A spokeswoman for the charity said: “This isn’t the first time that this local group have helped Chester and we are eternally grateful to them, especially given everything else that is going on in the world at the moment.

“The fundraising we are doing is to get Chester life-changing surgery that will one day help him to have far greater independence and hopefully one day be able to walk.

“We have a huge target and road ahead of us and with fundraising increasingly difficult at the moment, gestures like this mean the world to us.”

Northampton Becket Rotary is continuing their support to the Hope Centre in Northampton, with a second donation of food worth £1,000. Their efforts have been supported by a grant from Rotary District 1070. 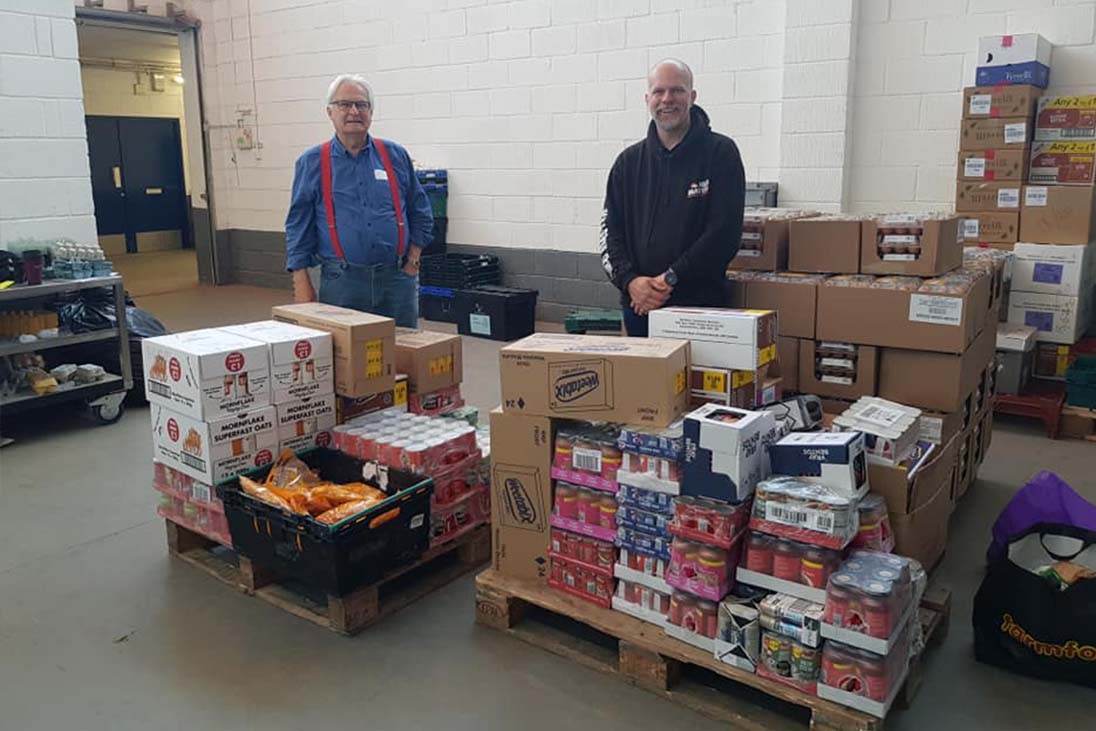 Northampton Becket Rotary is continuing their support to the Hope Centre in Northampton, with a second donation of food worth £1,000.

And Kilsyth Rotary in North Lanarkshire has made a significant donation to the Kilsyth Community Food Bank to help them through this difficult time.

Willaston and South Wirral Rotary has teamed up with neighbouring Neston Rotary to deliver prescriptions to the vulnerable in their Cheshire communities.

Also in Cheshire, Royden Revolve Rotary has been supporting the Wirral Ark, and President-Elect, Maria Quilty, helped deliver food parcels to the charity.

The Cavendish Park Care Home in Worcestershire were grateful to Evesham Rotary for delivering chocolates and hand cream for staff who thanked the Rotarians for “bringing on expanding waistlines and softer hands!”. 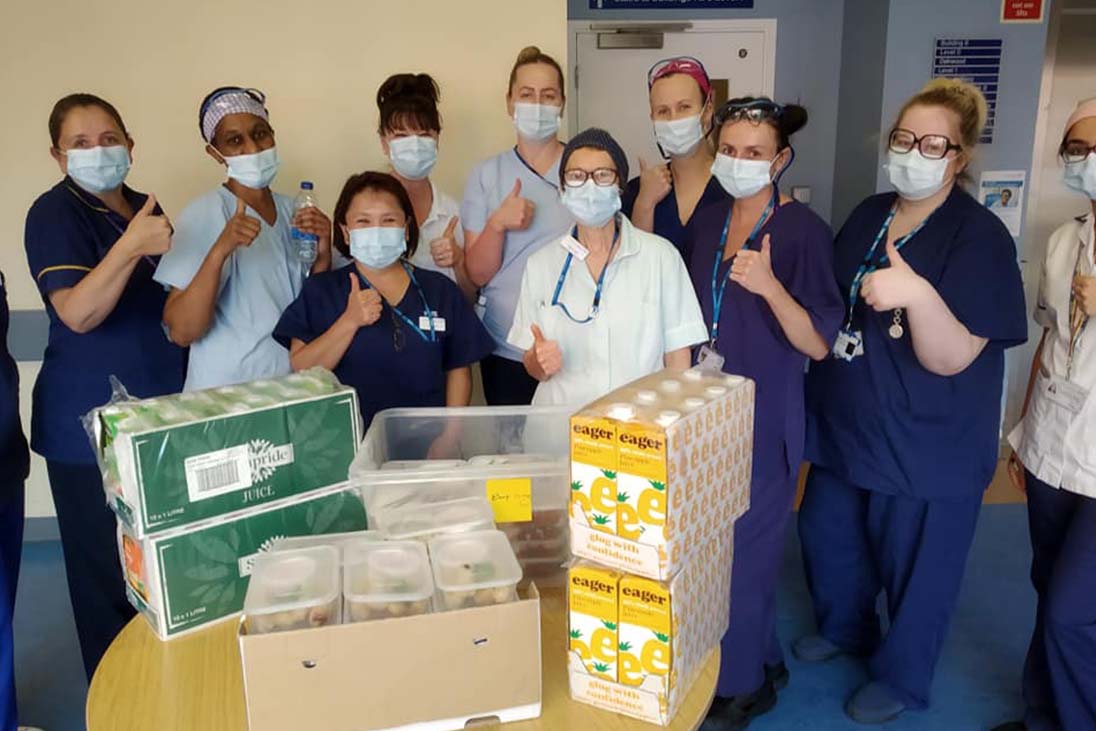 More than £7,600 has been donated to charity, Cambridge Aid, by Cambridge Rotary in just six weeks.

Cambridge Aid, which has been operating locally for many decades, gives money to the most-needy, and in the current situation they have been swamped by cries for help.

Paul Ray, Cambridge Aid honorary treasurer, said: “We are very, very grateful for this extra support from Rotary. We are working hard to keep making grants to those that need them in Cambridge and surrounding villages.

“We are having to overcome many practical difficulties of the lockdown with help from other charities.

More than £7,600 has been donated to charity, Cambridge Aid, by Cambridge Rotary in just six weeks.”

“It is inspiring to have the backing of Rotarians with the certainty that many people will need more not less help in the months to come.”

Cambridge Aid chair, Nicola Longdon, said: “We are beyond grateful to Rotary for its support as we struggle to deal with the effects of the pandemic on the city’s poorest people.

“Once again Rotary has stepped in at a time of crisis when there is fear for the future and genuine hardship. The Rotary club members show us just what an extraordinary force for good it is in our community.”

Rotary Workington continue to be heavily involved with supporting communities in Cumbria.

President Alan Berry said they had received a number of requests for support from community groups, schools and individuals.

He said: “At the minute we are putting all of our efforts into meeting the needs of those directly and indirectly affected by the coronavirus, whether that is delivering food parcels, checking in on people, or funding some of the many excellent community support projects that have risen out of the pandemic.”

Once again Rotary has stepped in at a time of crisis when there is fear for the future and genuine hardship.

Energy Coast UTC is part of a local collaboration producing much-needed face visors for NHS staff and care home workers. The club donated £200 towards the costs of elastic, a key element in this important piece of PPE.

And in Essex, the Loughton, Buckhurst Hill & Chigwell Rotary has been working with Voluntary Action Epping Forest to provide the residents of Norway House in North Weald with 100 hot meals. The food was donated and prepared by Food4All. 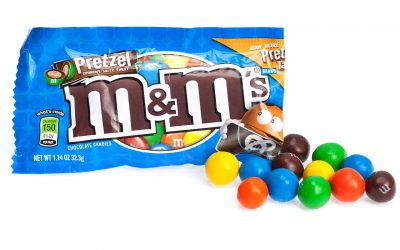 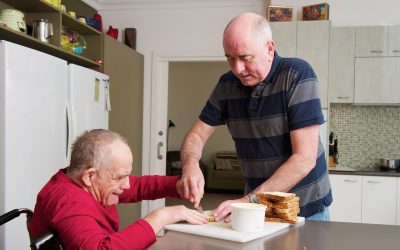 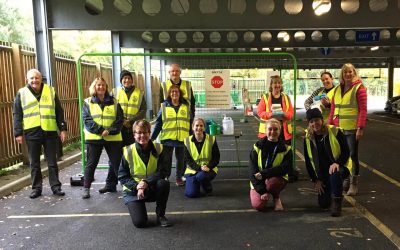 Rotarians in Woking rallied to a call from a doctor’s surgery in the Surrey town to help with the organisation of drive-through flu clinics.